A project to use Blockchain technology in the city of Naples, in Italy, has been under development since April 2018 and is nearing completion.

The details can be found in a Facebook post published by one of the members of the ‘Votazioni Napoli Blockchain’ team.

According to the post, the project aimed at “creating an electronic voting system in symbiosis with blockchain technology”, which, interestingly, excluded the option of online voting to try and prevent rigged votes.


In Virginia, in the USA, a company called FollowMyVote is looking to offer a Blockchain-powered voting package. Adam Ernest, CEO of FollowMyVote said, “There is a common misconception that voting cannot be done online in a secure way. However, the introduction of Blockchain technology is changing the conversation,” FollowMyVote has a system ensuring each vote is recorded only once, and this is permanently recorded onto a Blockchain. Another company working on creating a platform that uses Blockchain technology to replace and/or enhance the current voting methods used today is BitCongress. Both FollowMyVote and BitCongress were cited and written about in a paper produced by Royal Holloway College, part of the University of London, where it looked at the pros and cons of digital voting.


Utah County, in the USA, has confirmed that it will be offering a Blockchain-powered mobile option for those serving in the military, and away on active duty, enabling them to vote in Utah County’s upcoming elections. This initiative follows on from West Virginia and Colorado, both of which had also already introduced voting based on Blockchain technology.


Finding alternative ways to encourage people, especially the young, to vote in certain countries such as the UK and Hungary, is a challenge given their apathetic voting as shown below. 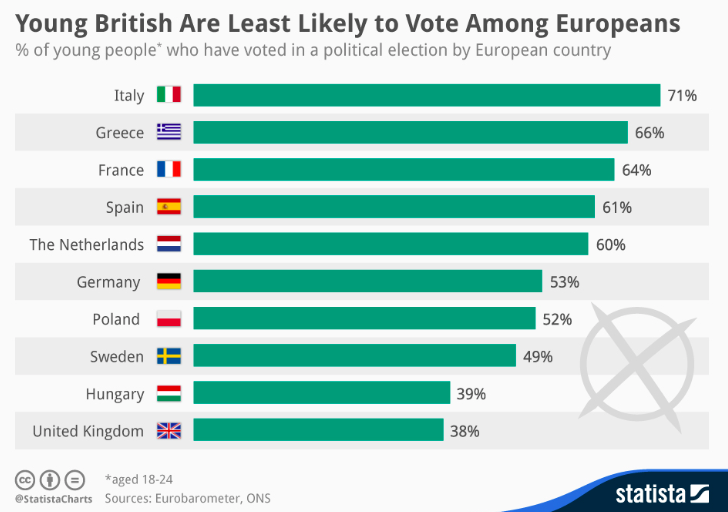 
On the other side of the world, a company called Infoaddicts, headed up by Dan Crane, has been using Blockchain technology for elections. It has also been using the technology for community engagement (with a housing association that was being redeveloped in New Zealand), and with a trade association in Australia to elect committee members and pass resolutions. However, it is the work that Infoaddicts has been doing in the corporate sector which is most interesting as, in August 2019, a large publicly quoted company (yet to be disclosed, for confidentiality reasons) is going to run its proxy voting for its Annual General Meeting (AGM) on a Blockchain-powered platform.


If we see more successful case studies of Blockchain technology being used at a corporate or government level, whether it be local or national, there could be a very rapid adoption by other significant institutions.


As the world increasingly becomes more digital, one cannot help feeling that there will be greater demand to be able to vote electronically using mobile devices. If this is the case, then holding votes in a secure and transparent database is surely going to be the default choice - hence the use of Blockchain technology! 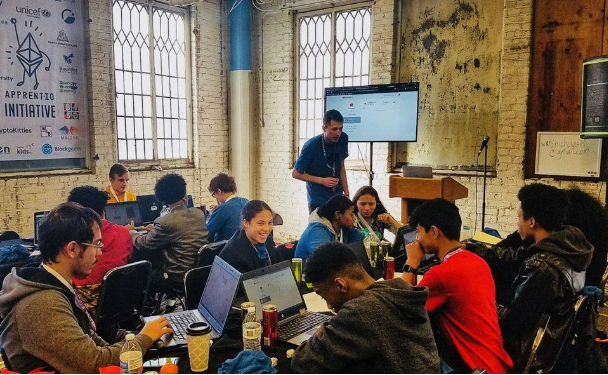 The Blockchain Education Network (BEN) now has over three thousand students, in sixty countries - established to slake the thirst for more information about Blockchain.

Students, and for that matter governments, are increasingly looking beyond the hype of ICOs of using Blockchain and Cryptocurrencies to make money, and are looking at how the technology can impact society in a positive manner.

BEN is a non-profit organisation for students, whose aim is to help build a world that is more open by encouraging better technical skills and understanding around Blockchain technology. Students who’ve been involved in BEN have already gone on to help build successful Digital business likeAugur, one of the first decentralised apps using the Ethereum Blockchain, currently worth $1Billion.

Global firms are also using Blockchain for education reasons. PWC has developed Smart Credentials using Blockchain to record educational qualifications that can be stored and verified, so reducing the time it takes for them to check and screen candidates. Recording such personal data needs to be done with care, especially in the light of GDPR regulations. Which is why it is public Blockchains are unlikely to be used rather than permissioned ones.