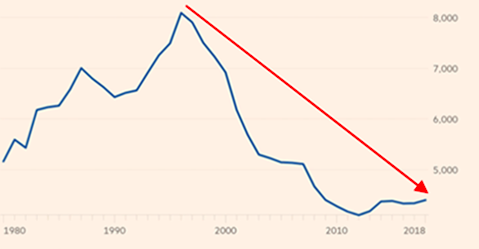 Thus, as to the benefits of using Blockchain, the jury would appear to be still out.

However, stock exchanges do face a real challenge as Ernst and Young reported the number of companies that are filing to be publicly listed continued to decline in the first two quarters of 2019. Therefore, securities requiring the services of a stock exchange reduces.

If the derivatives market starts to digitise its assets, enabling them to be traded 24/7 on a digital exchange, the opportunity is enormous. So, with this prize insight, people will continue to see innovation and new technology, like Blockchain, being harnessed, which possibly explains why traditional stock exchanges are embracing Digital Assets.