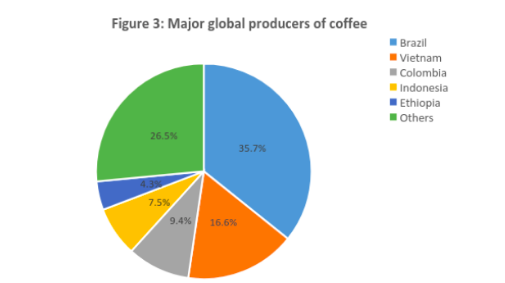 The USA tech giant Oracle is working with the World Bee Project to develop a Blockchain-powered platform that will offer assurance on the sustainability of honey production.

This will also offer comfort to buyers that the honey is from sustainable sources as it will provide full transparency of the honey-supply chains. This is welcomed by those involved in buying and selling honey due to the recent concerns over fake honey in Australia, as it has been found that some honey has had sugar syrup from cane or corn added.


Fake honey has proved to be a real challenge in Australia, but an Israeli firm, called Security Matters, has developed a solution using both Blockchain technology and an innovative process that can track honey at the molecular level. Security Matters has created a commercial version of a technology that was developed at a nuclear research facility by the Israeli government. This innovation can introduce a permanent and irremovable marker, or code, to any matter be it gas, liquid, or solid, thus enabling a product to be tracked. To further enhance provenance, Security Matters will record all the details in a Blockchain. This will ensure that every step in the supply chain of the honey is visible and traceable.


Meanwhile, in Brazil, coffee farmers will soon have access to a Cryptocurrency called “coffeecoin”. According to a report on Bloomberg, coffeecoin is being launched by one of Brazil’s biggest arabica-coffee co-operatives, Minasul. The coffeecoin will enable coffee farmers to buy machinery and fertilizer as well as non-farm products like cars and food.


Coffeecoin is part of Minasul’s strategy to encourage farmers to embrace new technology. As a result, they will be able to sell coffee beans via a mobile phone thus cutting out unnecessary intermediaries and, by using coffeecoins, allow farmers greater transparency of the price of coffee beans.


Coffee beans are the second most traded commodity globally after crude oil, with estimated market size of $100 billion, and this is due to grow by a further 4.7% in 2019! The fact that a Cryptocurrency is being introduced into Brazil (which is the world’s largest producer of coffee) will no doubt mean other major coffee-producing countries, like Vietnam and Columbia, will be looking with interest to see how successful coffeecoin will be in making the coffee market more efficient and how much it helps Brazilian farmers.


If coffeecoin is a success, other commodity producers will probably look to create their own version - “wheatcoin”, “corncoin”, “tobaccocoin”, etc. - which, provided there is sufficient liquidity for these coins, could this then offer an alternative way for commodity traders and investors to get exposure to these commodities?


Potentially, Cryptocurrencies (backed by commodities), which could trade 24/7, could form part of the asset allocation for a global digital currency. Facebook’s Libra is reportedly going to be linked to a selection of just fiat currencies. However, a global currency may prove to be more appealing to different jurisdictions if the digital currency was linked to a variety of different assets, with less reliance on the US$!