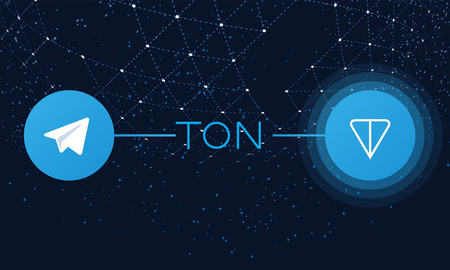 Telegram, which was founded by Pavel Durov (who is reported himself to be worth over $2.4 billion) has to start trading its Gram token in the next couple of weeks.

As reported by AFP. Telegram wants to create a “standard cryptocurrency used for the regular exchange of value in the daily lives of ordinary people”.


Telegram is both Russia’s and one of Asia’s biggest social media platforms, and its app enables encrypted text messages, photos and videos, and also create "channels" for as many as 200,000 people. It also supports encrypted voice calls. It is believed that this has recently encouraged terrorists and protesters in Hong Kong to be using Telegram.


In March 2018, Telegram was responsible for the second-largest Initial Coin Offering (ICO) raising $1.7 billion, after EOS (which raised over $4 billion.) Those who managed to participate in Telegram’s ICO could potentially see their investment double, as it was reported in July this year that Gram tokens were being issued in a pre-sale at over 200% of Gram’s initial issue price. Telegram has been established as a not-for-profit organisation, using "open source" software so allowing anyone to add value to Telegram, aiming to retain independence over its operations.


More importantly, once Gram starts trading it will be used by up to 300 million people that have accounts with Telegram, substantially increasing the global users of digital currencies at a stroke. However, according to a report from the Washington-based Middle East Media Research Institute “there is evidence that terrorist groups like ISIS, Al-Qaeda, Hamas and the Muslim Brotherhood are using Telegram and other social media platforms to raise cryptocurrency” The report went on to say that US congressional letters have been sent to Pavel Durov asking him to take immediate action against any documented evidence of terrorists using the Telegram platform.


Telegram is running out of time as it promised in legal documents that it would deliver Grams to investors by October 31st, 2019, or give back the money. However, given the regulatory concerns that Facebook’s Libra digital currency has provoked, it is difficult to see how Gram’s will be trading in such a short time.