Block.one, according to a Security Exchange Commission (SEC) press statement, has been obligated to pay $24 million in penalties for conducting an unregistered securities sale by carrying out its Initial Coin Offering (ICO).

Block.one is the creator of EOS, which has issued over $4.1 billion of tokens, making it the largest ICO ever. Being fined $24 million (only 0.0058%) to get an SEC waiver looks like a stunning deal for Block.one, so it is of no surprise that within hours of this announcement EOS’s token price was up by 9%.

“Block.one did not provide ICO investors with the information they were entitled to as participants in a security offering,” said Steven Peikin, Co-Director of the SEC’s Division of Enforcement.  “The SEC remains committed to bringing enforcement cases when investors are deprived of material information, they need to make informed investment decisions.”

As an aside, Block.one (according to a Bloomberg report in June 2018) was holding most of its current $2.2 billion in US Government bonds and 140,000 Bitcoins.

From this information, if you assume Bitcoin price is $8,200 then Block.one’s holdings are worth $1.19 billion which, added to the $2.2 billion of US bonds, ought to imply that EOS capitalisation ought to be at least $3.35 billion and not $2.9 Billion. No wonder Block.one was reported to be looking to buy back its stock. If Block.one did manage to buy back all the EOS tokens, then presumably Block.one’s ordinary shareholders could turn Block.one into a $450 million ‘cash shell’.

Given this Block.one ruling and the on-going battle that the SEC is having with Kik’s ICO, (a Canadian-based social message company), it is clear evidence that the SEC does indeed have teeth and is looking to pursue those ICOs which have broken US laws. Indeed, the SEC has just fined another company, Nebulous Inc, as it too is claimed to have violated SEC security regulations back in 2014. Interestingly, this shows that the SEC can take years to decide the action it wishes to pursue which is cold comfort for those organisations that carried out ICOs in the past. 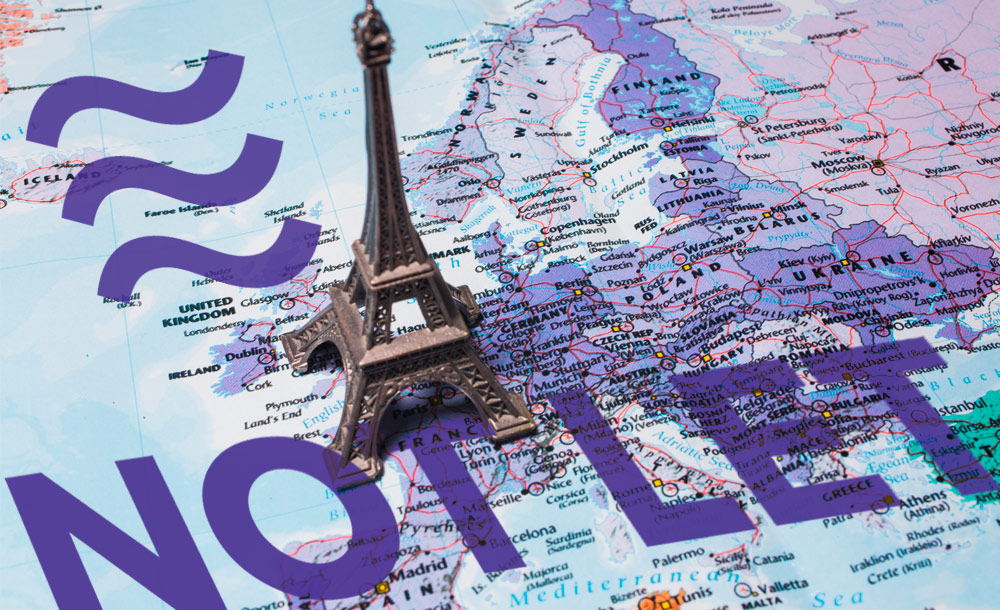 While Mark Carney, Governor of the Bank of England, has been positive about the idea of Facebook’s proposed Digital Currency Libra, the French Finance Minister, Bruno Le Maire, says “Non”

Le Maire said, “we cannot authorise the development of Libra on European soil”. Le Maire was not so clear as to how such a ban would be enacted, although it does illustrate the fever of feelings that Facebook has proposed its Digital Currency has generated. However, the Finance Minister also hinted about setting up a public digital currency under the aegis of international financial institutions. The German reception has been equally hostile with the German finance minister saying, "it will ‘clearly reject’ tokens like Facebook’s forthcoming Libra token, with Berlin hoping to push the rest of the international community to follow suit”.

Facebook, itself, has promoted Libra as a way to offer the 1.7 billion “unbanked” people (adults either without bank accounts or those who use services outside the banking system, such as payday loans) access to banking services. Initially, it was rumoured, in 2018, that Facebook would launch Libra in India (where it has most users - see below)

Authorities in India have made it clear they are not keen on a digital currency owned and controlled by one corporate entity, so it would appear that launching Libra in India using WhatsApp is unlikely to happen. However, as the chart above shows, Facebook has millions of users in Indonesia, the Philippines, Vietnam and Thailand. Given that these countries have a high % of their citizens who are young and tech-savvy, will Facebook focus on countries, such as these, first?

Facebook, as reported by the FT, is due to meet 26 central banks which are to quiz the ‘tech giant’ on its plans to launch Libra. The French, who currently holds the presidency for the G7, have managed to organise this meeting, and a report is being prepared for G7 members in October this year to look at digital currencies.

Libra has not been universally welcomed by many Western economies but if Facebook is serious about launching its digital currency to help the unbanked, then surely Facebook needs to focus on countries where the “banked” actually reside. Therefore, could Facebook create a different version of Libra that is pegged to a basket of countries’ currencies, such as Indonesia, the Philippines, Vietnam and Thailand (where Facebook already has a strong foothold). While it may mean that this new style of Asian Libra will not be treated as legal tender in the USA or Europe. In Germany, Facebook has 26.8 million users and in France, 28 million. As the chart above demonstrates, Indonesia, the Philippines and Vietnam singularly have more Facebook users than both the customers of France and Germany combined.

As an aside, Facebook has been testing with Instagram to remove the number of ‘likes’ people receive. The idea is to prevent users from comparing themselves against others and feeling disgruntled if their content doesn't achieve as many ‘likes’ as someone else. A possible replacement could be to reward its users with some kind of token instead, to encourage people to keep posting (as this helps Facebook’s advertising, and hence profitability).

The hugely successful TradeLens, a Blockchain platform which has been built by IBM initially for the shipping giant Maersk and now accounts reportedly for 50% of all shipping cargo, has recently signed up the Thailand government.

This will allow customs officials to be able to track in real-time cargos locations, and so improve the efficiency of collecting customs duties and inspections. There are over 100 participants globally that are now using the TradeLens Blockchain-powered platform, replacing cumbersome paper-based systems. TradeLens claims it has helped reduce the transit time by up to 40%, saving thousands of dollars for the companies using its platform.

other industries where the value of blockchain is more apparent than ever before."


By having one record of information to track cargo as it moves between different parties is proving to be a real help for those moving goods around the world. For example, to ship avocados from Kenya to the Netherlands involves 30 different organizations, over 100 people and 200 individual information exchanges. So, it is not difficult to see how inefficiencies can creep in, slowing down shipments and those leading to delays, not to mention the possible spoiling of perishable cargos of produce.


As we have mentioned before, TradeLens is a great example of ‘collaborative capitalism’, i.e. where Blockchain Technology has created a platform itself, enabling competitive firms to become more efficient collectively, thereby improving profit margins while offering their clients a better service – a real ‘win-win’ for all.