The sports sector has recognised the promise that cryptocurrencies and blockchain technology may provide further means in which to monetise fan interaction, draw sponsors and engage a global market in ways that were unthinkable decades before. Digital natives and ardent sports fans alike are known to consume sports and related material after a game has ended. So, to adapt to the new digital era and satisfy fan expectations - sports teams, clubs and governing organisations are innovating and embracing blockchains and the digital assets they can create. 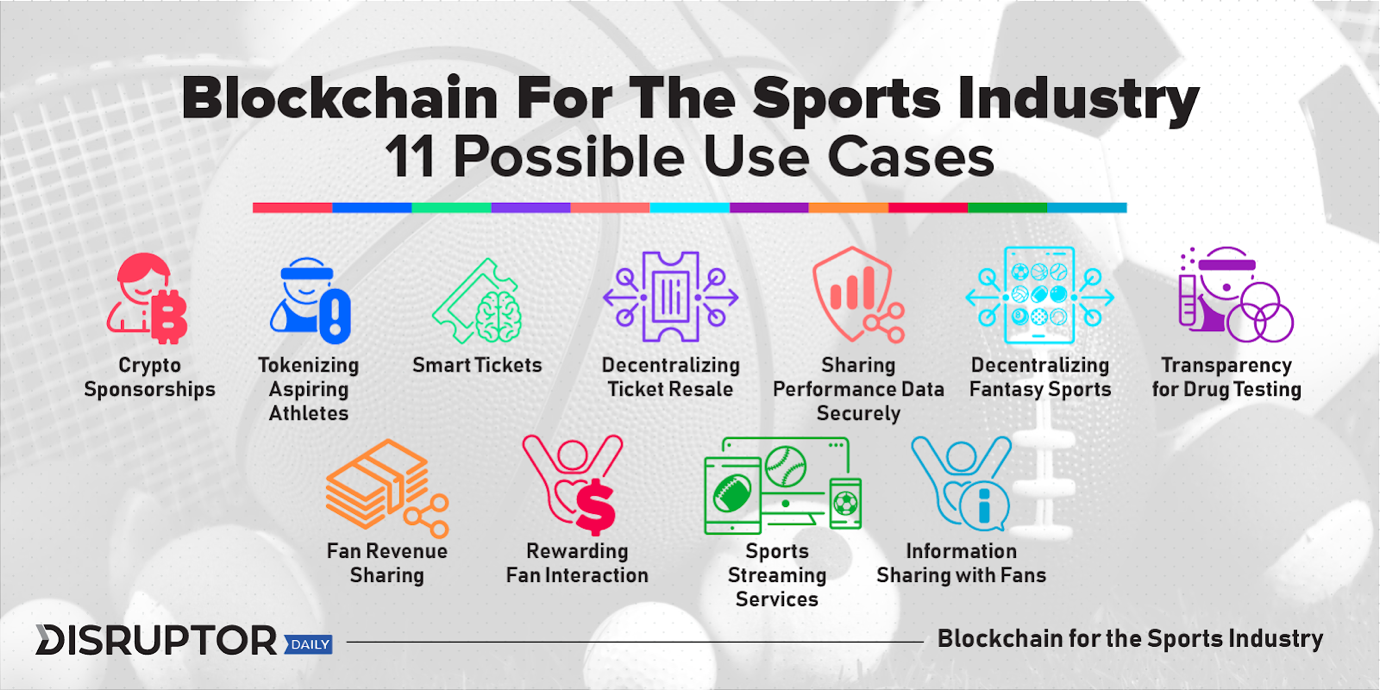 Blockchain technology in sports and e-sports use cases

Athletes may gain from blockchain-based identities by giving their teams and organisations insightful and actionable data. This makes it possible for private performance and medical data to be securely tokenised- on (using a blockchain), making this data accessible and transparent in an immutable fashion - but only available to those who have the correct permission. Information about a player's health, fitness, medical condition and performance can be crucial in player transfer markets. For team-based sports, this information frequently guides choices during transfer periods and has the power to make or break a transaction. Blockchain-powered platforms also make it possible for cross-partner loyalty programs to be implemented, which can encourage greater fan involvement. This can include special items and merchandise and more bespoke experiences, thus offering greater value for fans.

Fraud and counterfeiting are major issues for sporting events. Ticketing should benefit from blockchain technology which lends itself agreeably to asset ownership - and a ticket is an asset. With the help of this technology, tickets may now be securely kept on a blockchain and able to identify their rightful owner. Digital tickets are another blockchain use case for e-sports and the sector within sport that uses non-fungible tokens (NFTs). Token fraud may soon be an affair of the past thanks to blockchain-based sports tickets that can be issued as unique, cryptographically and mathematically provable, and are immutable.

Given the global interest and demand for many sports, the TV/internet has ensured that acquiring and using broadcasting rights requires enormous sums of money. For rights holders to track the rights they have leased, blockchain technology offers one way to tackle this situation. Recently, Paris Saint-Germain’s 23-year old striker, Kylian Mbappe, refused to have his picture taken with the French football team as he did not want his image to be associated with online gambling and fast food. Resultant from this is that the French FA has agreed to review the situation, and quickly, as the football World Cup approaches - thus demonstrating the importance of rights management. Additionally, digital assets can be used to make payments for the owners of these broadcasting rights in a more transparent and efficient manner. Online user authentication will become simpler and many of the current third parties will no longer be required, so helping to reduce costs for all parties.


Unsurprisingly, player transfer contracts require careful attention to detail as typically in each such contract is the analysis of a player’s rights when joining a new club. Now, players will be able to have their club contracts supported by immutable smart contracts, potentially replacing paper-based ones. Additionally, royalties due for a player's name, trademark or picture may now be cryptographically secured in a digital fashion. In the incidence of an asset being sold, players can automatically receive a royalty payment on branded goods or collectibles thanks to non-fungible tokens (NFTs). It is also possible to program NFTS using smart contracts embedded into them so when a NFTs are resold, the player and/or their teams will automatically be paid a percentage of secondary sales. In effect, this can generate on-going royalty incomes - not dissimilar to those already enjoyed in the music and film industry.

Despite the fact that performance-enhancing substances are illegal, doping is still a major problem in a variety of sports - with many often being plagued by scandals. The use of blockchain technology could be an additional tool in helping to protect sensitive data and ensuring greater transparency. Results that have been verified could be preserved and shielded against alteration.

The blockchain offers specific ways to invest in sports teams, stadiums or athletes. Small investors will now be able to acquire a share in their favourite athlete or team as a type of a crowdfunding platform. The return might be a set percentage of the athlete’s or club’s future income. Due to the blockchain's ability to identify the true owner, the shares in this asset can even be exchanged in a secondary market whereby offering a degree of liquidity which may be helpful if the teams need to raise further capital at a later stage.

Additionally, the blockchain is perfect for increasing fan involvement. Clubs will now have the ability to design distinctive tokens, which can be used for a variety of fan-related activities and are regarded as valuable assets. Ranging from access to restricted content, utilise these tokens as a means of electing a new club manager or perhaps making a club-specific purchase, or enrolling in a loyalty program - there are countless options. The blockchains are able to control and record every vote and transaction. With the aid of Socios.com, a few clubs which have already begun to do this include Juventus and PSG.

According to Statistica, it is estimated that the worldwide market for sports betting exceeded $203 billion in 2020. Due to the nature of the technology, blockchains can cost-effectively and efficiently streamline this vast business. Real-time sports betting is now possible thanks to blockchain technology in the sports sector. Furthermore, prizes may be paid directly to a wallet in a matter of seconds since smart contracts can be issued and executed almost immediately. Additionally, because smart contracts do away with the need for a third-party middleman, customers may save on typical brokerage costs and simply pay for a gas fee only.

Verifiable authentication of artifacts and collectibles has been one of the predominant ways in which blockchains have been utilised to date within the traditional sports sector. Clubs and organisations can safely offer products to their supporters without the need to use middlemen. For example, Manchester City FC has issued a range of digital art collections, whilst the Hong Kong fencing team earlier this year partnered with local citizens that owned bored Ape NFTs to act as horary advisors of the Hong Kong fencers 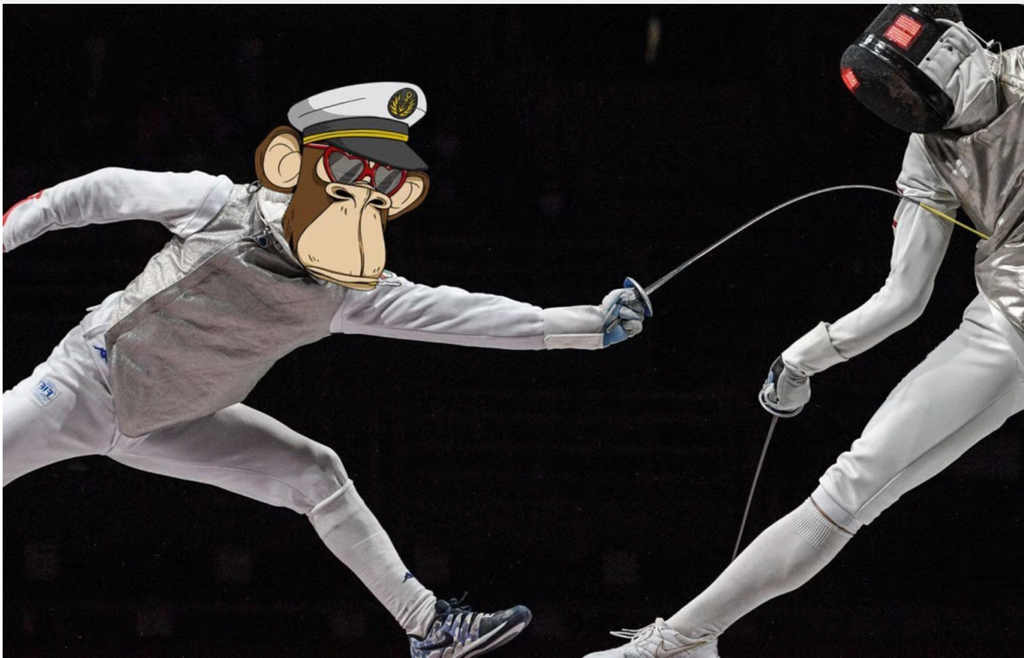 Such initiatives offer supporters a new way in which to express their devotion to and support for a club. Each piece of branded memorabilia or collectible may have its own digital identification thanks to blockchain technology - by scanning a QR code, customers and fans may see the validity of a product or outfit. Additionally, this can confirm the maximum supply and show a history of past ownership, hopefully underpinning its value in turn.


So, when adopting blockchain technology in the sports industry there are several choices. Each one provides an improvement or alternative to established infrastructures which can be advantageous to athletes, their clubs and spectators. There has been considerable interest by a wide range of sports in many jurisdictions, but arguably the sports industry is still exploring and finding new ways in which to commercialise the use of blockchain technology and digital assets.