For the past couple of weeks, the Merge has been one of the most talked about topics in the crypto industry, and this is because of the precedents it will set for many other projects in the industry. The Merge encapsulates the merging of Ethereum Mainnet (the current one being used) with the Beacon Chain proof-of-stake system. This strips the network of any future need for energy-intensive mining by introducing staked Ethereum (ETH) into the picture.

The Beacon Chain is not changing the everyday Ethereum being used, but the proof of stake that Beacon Chain is introducing to Ethereum is a novel method of securing Ethereum. Unlike Bitcoin’s proof of works (PoW) energy-intensive cryptocurrency mining process, staking involves validators staking their ETH to initiate validator software. The Beacon Chain is not just appearing online - it has been live since 2020. As described on its website, the Merge is the consensus (Beacon Chain) and the existing layer (Ethereum Mainnet) merging so as to end further mining operations in the Ethereum network. Ethereum’s energy consumption will be reduced by 99.95% after the Merge,which is predicted to happen in the  for the end of 2022 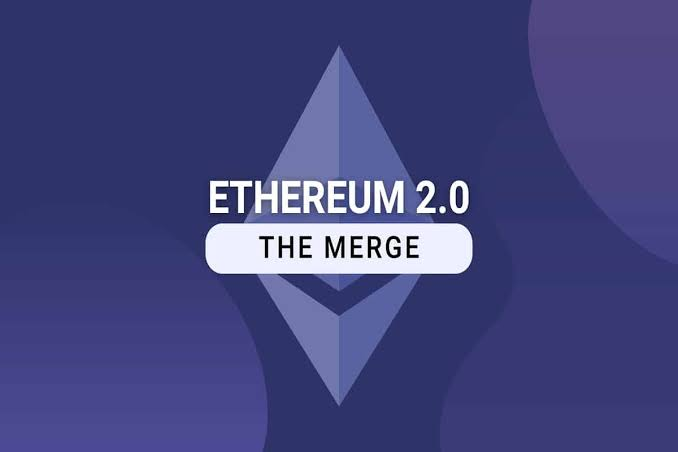 The Merge is a welcome development in the crypto industry as it ends the energy consumption of a number of crypto critics and sceptics. Some have even hoped the Merge would have a ‘Midas touch’ effect in the broader crypto market. Bitcoin has been bearish for a while, struggling around the $20K - $25K mark. Meltem Demirors, the chief strategy officer at Coinshare, feels the Merge has no significant addition to Ethereum. In an interview on the 22nd of August with CNBC, she stated: “While internally there’s a lot of enthusiasm within the crypto community and Ethereum community around the merge as an event that will dramatically reduce supply while potentially driving demand. One of the realities on the macro side is people are worried about rates”. Her concerns about the Merge do not end there as she sees some stagnancy in the future of the network, adding: “I don’t think there’s a lot of new capital coming in to buy Ethereum on these changed fundamentals and technical. There’s also some risk that needs to play out with the market”. Meltem sums up the Merge as a “buy the rumour, sell the news” event. Regardless of this though, news about the Merge sent the crypto market on a short-term upward spiral in July 2022. However, data provider, Kaiko, reports that “ether’s price fall on the 19th of August brought a swift decline in open interest on derivatives - contracts that traders used to leverage bets on the future price of ETH”. Although many derivatives trades were liquidated owing to margin calls, this didn’t last as money flooded back into the ETH futures market - a significant spike in open interest. Furthermore, Coindesk notes “that ether’s perpetual contracts funding rates have significantly fluctuated; this resembles future “contracts on commodities but without expiration dates.”


The timetable for the Merge 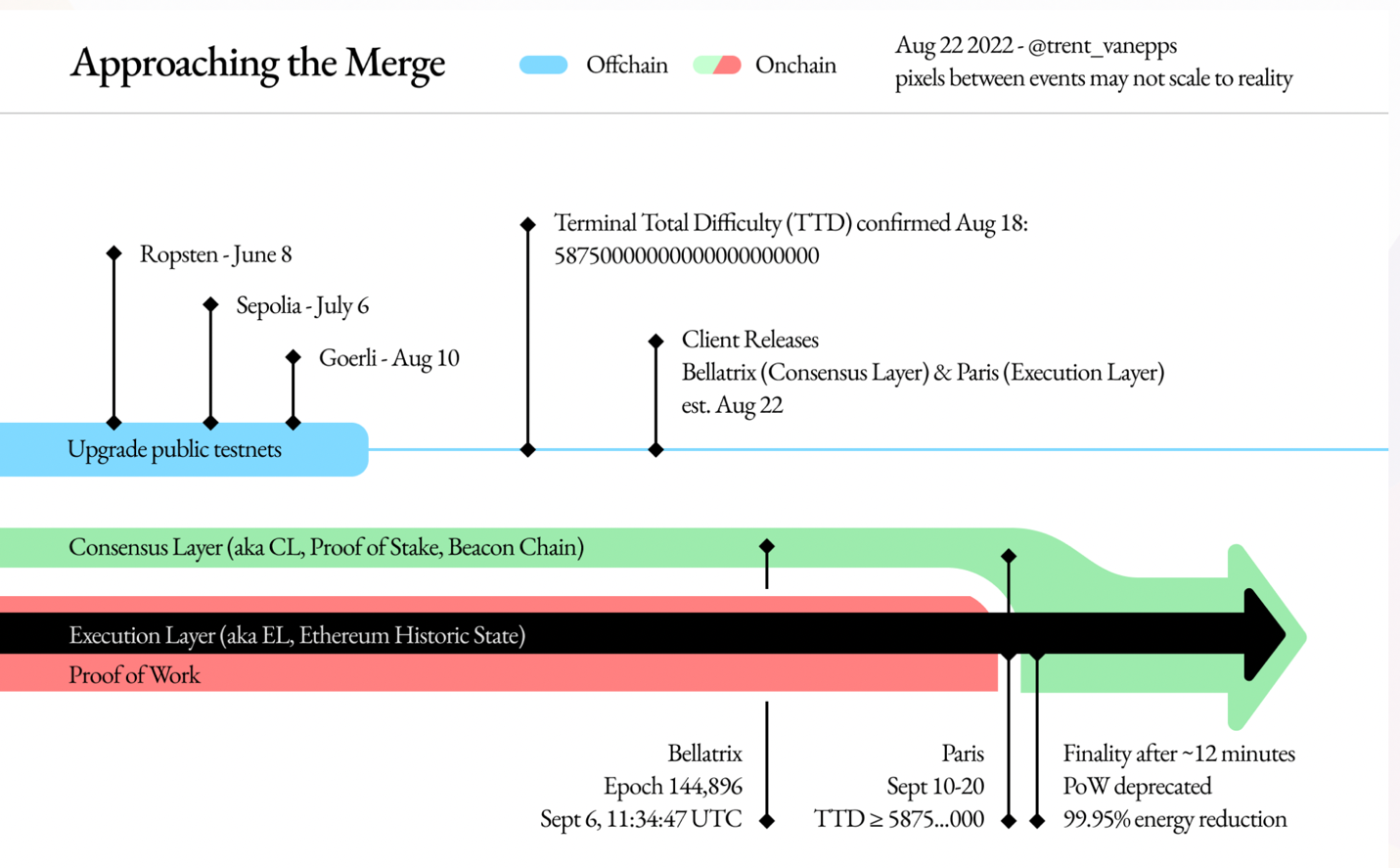 
Many proponents of the Merge feel Ether futures will experience contango after the coalescence. This is because the Merge will reduce the supply of ETH, whereby increasing the demand for it and dragging the price upwards in the process. The director of research at Arca, Katie Talati, also agrees with this: “Ether’s real price appreciation will happen after the Merge, driven by increasing ETH locked up staking/securing the chain.” Specialised crypto asset trading company, Cumberland, projects $40million worth of miners being removed from the market, causing a 90% drop in yearly issuance. For miners, the Merge has not been taken lightly as there have been pushbacks from some of them. Several have proposed splitting the ETH chain, allowing the current PoW to continue post-merge. If this is permitted, ETH holders on the Merge will receive free forked PoW tokens. Interestingly, Coinbase launched its cbETH-wrapped Ethereum staking token ahead of the token and Binance has moved to allow ETH holders to withdraw assets from the exchange from the two forks. For stakers, the annual yield is expected to double its current 4% and this could jettison staking. For ETH holders wondering what they have to do in anticipation of the Merge, there is nothing expected of them. There is the possibility of mob actions taking place, whereby defeating the idea behind decentralisation. So, on balance, what does the Merge mean for the Ethereum blockchain? Binance has highlighted five myths regarding the Merge:

Some believe it is positive as it means less energy will be required to process and register entries on the Ethereum blockchain. As ever, there are various opposing views as to the impact the Merge will have on the price of ETH - some bullish, some bearish. As the date for the Merge to take place draws near Consensys has issued its summary of the impact that the Merge will have on institutions which was only released on 5th September, which you may find useful.