The increasing interest and popularity of blockchain and the digital assets this technology creates have highlighted its various impacts. Both innovations are gradually becoming the mainstay for many industries and, due to the steady growth and multiple security factors they encompass, many corporate sectors have grown receptive to their offerings.

Companies such as Amazon and IBM oracle have introduced enterprise-grade blockchain systems that are scalable and secure. In the last few years, significant use-cases of blockchain and digital assets in many sectors have emerged, and the automotive industry is certainly not excluded. 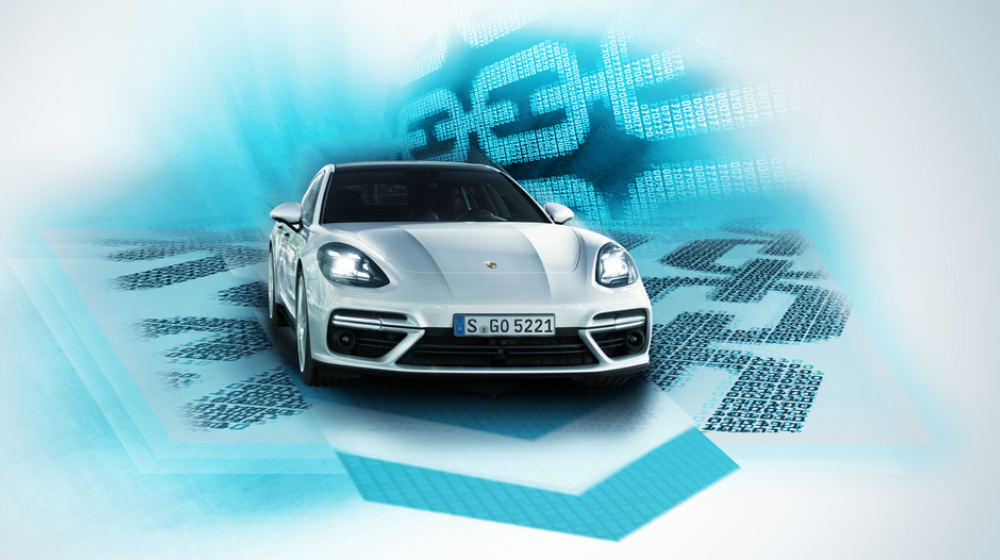 
In February 2022, Porsche became the first auto manufacturer to successfully use blockchain technology in its cars, with Oliver Döring, Porsche’s financial strategist, announcing: “We can use blockchain to transfer data more quickly and securely, giving our customers more peace of mind in the future, whether they are charging, parking or need to give a third party, such as a parcel delivery agent, temporary access to the vehicle. We translate the innovative technology into direct benefits for the customer.” However, many other carmakers are exploring ways to integrate this game-changing technology into their vehicles. They are all aiming to take advantage of its potential to dramatically change how information or data is stored and used, subsequently enhancing transparency and security and improving transactions. Below is a selection of ways in which car makers are able to use blockchain technology:


Blockchains could be useful in helping drivers to unlock their vehicles; that is, the vehicle could be added to a blockchain, allowing the driver to communicate with it directly via an app. This would greatly speed up the vehicle's response time since instructions would no longer need to go through third-party servers. The integration could also enable car owners to grant others temporary access to their vehicles. The vehicle could be remotely unlocked via the app, granting a third-party or friend access into the vehicle.


Blockchain is a decentralised database of records that could improve autonomous driving systems. As a self-driving vehicle navigates the vicinity, the blockchain would record data about the journey which could range from information about regional weather conditions to general traffic patterns. Blockchain is able to share the data whereby allowing other vehicles in the network to then access this information. A blockchain-powered platform could give other vehicles access to other vehicles' data, which would be an essential part of the infrastructure required to enable level-five autonomous driving - Oculus believes this could be possible by as soon as 2030. In agreement with this, Toyota had already teamed up with MIT Media Lab back in 2017 to work out ways in which to use blockchain to speed up autonomous vehicle technology.


Two-thirds of the world's cobalt is mined in the Democratic Republic of Congo (DRC). Roughly 20% of this comes from artisanal unregulated mines that often exploit child labour, with about 400,000 children spending their days in these mines working for low wages under extremely dangerous conditions. Harnessing blockchain's ability to track supply-chains, a London-based blockchain start-up called Circulor aims to track cobalt from the time it leaves a mine until it reaches a manufacturer. The company is already testing the process using ‘clean’ cobalt from countries such as Canada and Australia. Furthermore, the company could refuse to track the cobalt of any mine that does not meet certain standards (including safe working conditions or adult workers), consequently driving the unethical mines out of business. Meanwhile, as long ago as 2018, BMW announced it was working with Circulor to ensure the cobalt it uses for its electric vehicles' (EV) batteries is ethically sourced. 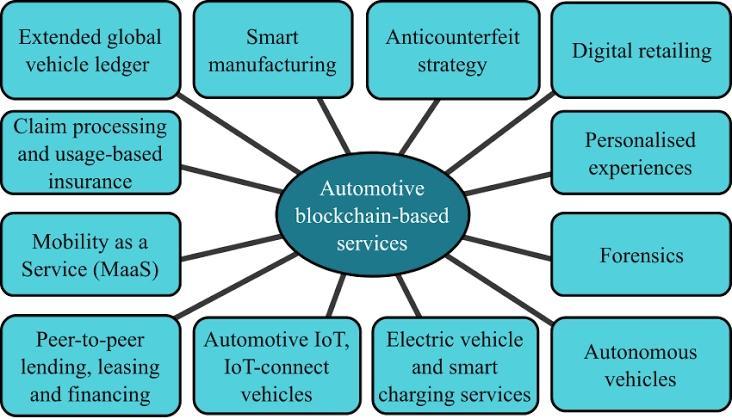 
Daimler AG Mercedes Benz has a project based on its own blockchain-based cryptocurrency, mobiCOINS, with five hundred drivers being selected as a test group. For three months, they will be receiving mobiCOINS when they operate their vehicles in environmentally friendly ways such as maintaining a low driving speed, switching the engine to eco-mode, coasting to a stop, etc. The vehicle shares the driving data with a special app and appropriate mobiCOINS are deposited into the driver's account - anyone who makes enough coins becomes eligible to win prizes. This is a good way to encourage drivers to operate their vehicles in environmentally responsible ways.


Although blockchain's ubiquity is becoming evident with time, previously people had thought of cryptocurrency, such as Bitcoin, when the topic of blockchain had arisen. Many companies, such as Porsche, are utilising the financial roots of blockchain technology. A Canadian company called SWITCH is using blockchain technology to enable vehicles to use the power in their batteries to be put power back into the grid at times of high electricity demand and then recharge the vehicles in the middle of the night when electricity demand is low. In the UK, Energy Web has partnered with Vodaphone and Mastercard and, by using smart contracts on the blockchain, the appropriate amount of money is deducted from your account and sent to the charging station when charging your EV. This smartphone app integrates with the user's existing mobile wallet and automatically communicates with any charging point that accepts Mastercard payments. It is the latest evolution of Vodafone’s Internet of Things (IoT) technology by which motorists no longer have to use multiple apps for each charging point network they use. The financial applications of blockchain could also extend to buying, selling or transferring vehicles. A smart contract that sends in your car payment on the first of the month could be created, whereby the transactions would be recorded on the blockchain technology and would cease making payments once the account reaches $0/€0 or £0. Also, you could buy a car using cryptocurrency from businesses that accept crypto debit cards. Many trusted auction organisations such as Mecum Auctions accept cryptocurrency-based debit cards e.g. BitPay.

Increasing focus on better quality control, reducing manipulation of data and the need for faster business transactions have prompted the growth of the automotive blockchain market. 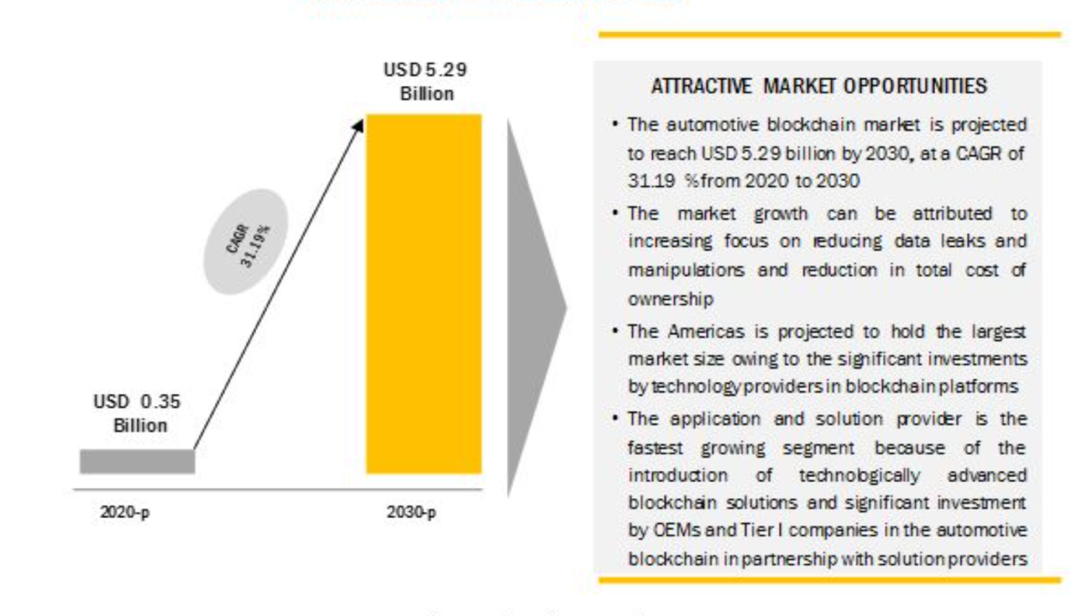 
Increasingly, more vehicle manufacturers are producing EVs meaning they will need to differentiate themselves, not on their engineering prowess but in different ways such as the user experience, integrating the EV into people’s smart phones, making the recording of business mileage more user- friendly, allowing third parties access to your EV, etc. The choice of which EV to buy is often determined based on software as opposed to hardware and blockchain technology and digital assets offer EV manufacturers a possible route for them to embrace what looks like to be a faster, more integrated digital journey for us all.