Terraforms labs launched Terra in 2018, with Terra being an open-source blockchain payment platform for an algorithmic stablecoin - a cryptocurrency that automatically tracks the price of currencies or other assets. The Terra blockchain was designed to enable users to instantly spend, save, trade or exchange Terra stablecoins.

The Terra protocol creates stablecoins pegged to each other and consists of two cryptocurrency tokens - Terra and Luna - which can be exchanged for each other. This is the burn and mint equilibrium. Algorithmic stablecoin, Luna, is a cryptocurrency and rather than use a dollar to back its stablecoin, Terra used its native coin, UST, which was meant to be stable, whilst Luna was meant to absorb its volatility.

So, how does Terra’s algorithm work?

More Luna is generated to purchase as much UST needed to keep it at a 1$ value. If the price of Luna goes back to normal (i.e., $1) the excess Luna is burnt. In essence, an algorithm is needed to manage the underlying token. The algorithm is constantly buying or selling to maintain the balance and so keep Terra at $1. Luna was designed to absorb the price volatility of UST, since more selling pressure for UST decreases the price of Luna. 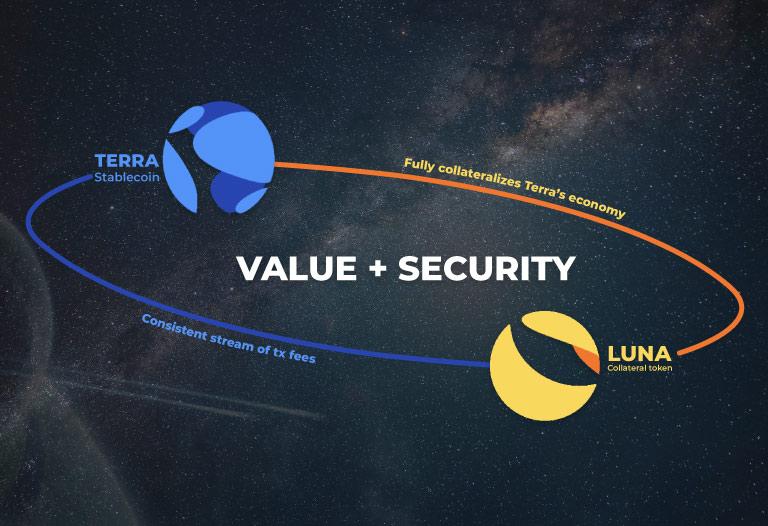 What happened, it is believed, is that the Terra project grew too fast. This could be attributed to the high annual percentage yield (APY) of 20% , the return being offered to those who wanted to Yield Farm (where the owner of a crypto agrees to lend or borrow crypto on a DeFi platform and is paid/pays a APY based on the value of the crypto lent/borrowed). This was one of the highest in the space, and many people rushed in to take advantage of the high APY. The protocol also allowed for instant withdrawal, unlike some yield farming protocols which require lenders to lock up their crypto holdings for a set period of time. Sam Bankman-Fried, the CEO of FTX, said: “Terra was a case of “mass enthusiasm” and “excitement” with bad marketing.”


The trouble is, that whilst Terra wasn’t a Ponzi scheme it turnouts it had several loopholes that arbitragers and investors were quick to exploit. But Terra was not shrouded in anonymity as most Ponzi projects are. Furthermore, arbitragers usually take advantage of the native coin being above a dollar to make a profit - for instance, if Luna is $1.05, they could buy $100 worth which becomes $105 Luna, then sell 100 Luna for 100 UST, whereby making a $5 profit. This is a low-risk investment for most arbitragers and can also be done on the flipside. All the while they are doing this, the algorithm keeps trying to make it a stablecoin. So, what happens when many arbitragers start exploiting the market to make gains? Well, it looks like a Ponzi…..


The second moving part is the Anchor protocol, the primary lending/protocol for the Terra ecosystem. Roughly 70% of UST in circulation is sitting in Anchor and this makes Anchor a significant stakeholder. But Anchor gave anchor tokens to borrowers as an incentive, and the amounts they get can be more than what they pay in interest. Both Anchor and Luna noticed the slack and moved to nullify them. Anchor topped up its yield reserve to $450 million. Luna upped its daily swap limit from $20 million to $100 million. This was to prevent whales from manipulating the system, but arbitragers could take advantage of high volatility if the limit was too low. Luna also raised $1 billion worth of bitcoin as a reserve for defending the UST.

But the reserves were sold, and the Terra blockchain frozen on May 12th, all without the permission of the community. This also contributed to the death spiral of Terra. 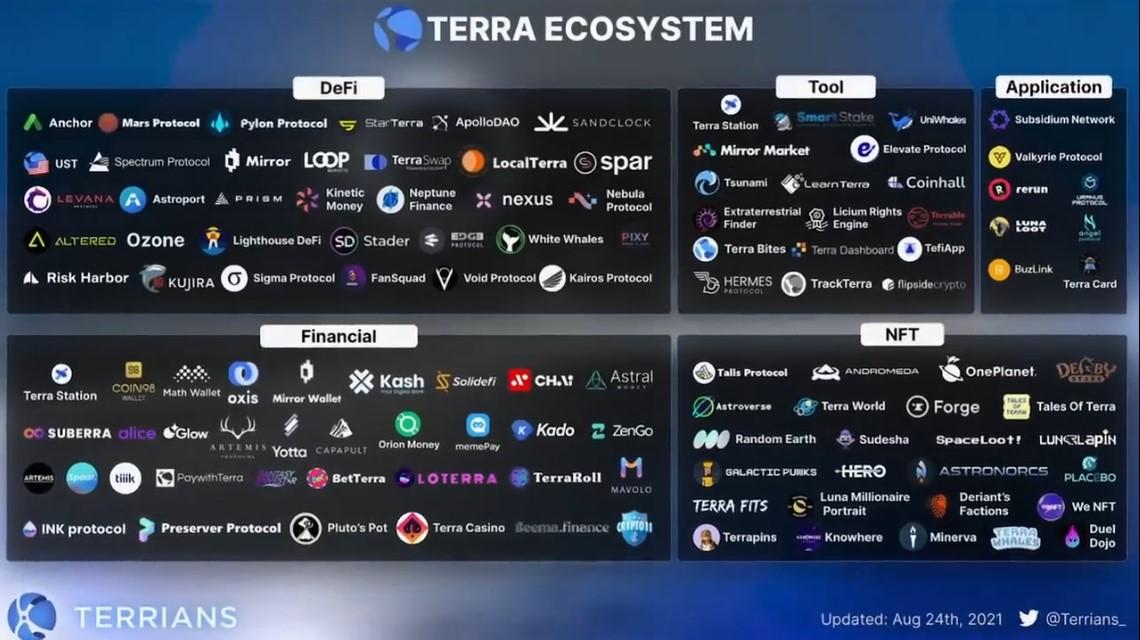 Luna had a vast ecosystem surrounding it; unlike most cryptocurrencies, Luna had utility.


But what, or who, caused the death spiral?

Some hedge funds are being labelled as the players that accumulated $1 billion UST and borrowed $3 billion-worth of bitcoin that brought TerraForm Labs down. Blackrock, Citadel, and Gemini securities have all denied having any involvement in the crash. The crash has intensified discussions around regulation by stakeholders; treasury secretary, Janet Yellen, has urged Congress to pass a law on stablecoins following the crash of Terra. Japan has already passed a new law to cover stablecoins whilst the UK equally has a new regulation on the way following Terra’s crash. South Korea, the birthplace of Do Kwon, is not left behind as his legal troubles are just beginning, and a digital asset committee is being launched in Korea. Recently, the US Securities and Exchange Commission is currently investigating whether the marketing of Terra violated investor protection regulations. However, Terra employees have allegedly confirmed to the SEC that Do Kwon withdrew $80 million, months before the Terra’s crash - but why did Kwon know something that others did not? Unsurprisingly, for this the SEC is investigating Do Kwon for money laundering.


The market capitalisation of five stablecoins in $billions


Since the fall of Terra, Tether (another stablecoin) has fallen by almost $11billion. Yet Tether, even though it is not 100% $ backed, has not collapsed. Could the same be true if a commercial bank saw its deposit base fall by almost 10% in a few days? Of all cryptocurrencies, fiat-pegged stablecoins are the least risky but the challenge is that not all stablecoins are backed 100% by fiat, as was the case of the algorithmic UST. Not all cryptocurrencies are decentralised as some aspects get centralised with time and usage. If a stablecoin is to be stable, should it not backed to stable reserves? In any event, promoted not as stable but pegged to the assets it is purporting to represent? At one time, hedge fund manager, George Soros, broke the Bank of England by short-selling the British pound, making $1billion on 16th September, 1992. An event now known as Black Wednesday, the UK pound slumped so much that the government began spending £ billions in an attempt to contain the short selling - only for the UK to go into a recession afterwards.


At the very least, algorithmic coins surely ought to have stronger risk warnings attached to them. Whilst the crypto industry has come under heavy scrutiny over the past few days, it is important to note that something similar has happened to traditional banks multiple times. Without government bail outs and support, not all would be here today and some such as Lehman brothers, indeed, did not survive. For now, whilst it has fallen in value, at least the crypto market continues to trade 24/7 allowing investors to sell as well as buy. Furthermore, we have not seen long queues of people trying to cash-in their holdings as we certainly saw in 2008 when some banks seemed to have run out of cash! When we compare the centuries old bank and the young crypto market, the crypto market has done well. Indeed, it has been sorely tested.