At present, the limitations of blockchain in agriculture are considerable. Of all the necessities of life, food is arguably the most important and safeguarding this is the food industry - an amalgam of government and private players. The use of blockchain technology in the agriculture market globally is expected to grow from $128.87 million in 2020 to $886.18 million in 2025, at a CAGR of 47.1%. Blockchain-powered platforms are being implemented in agriculture so as to improve efficiency and transparency and bring benefits for customers, suppliers and retailers alike.


Information being asked about the food supply chain 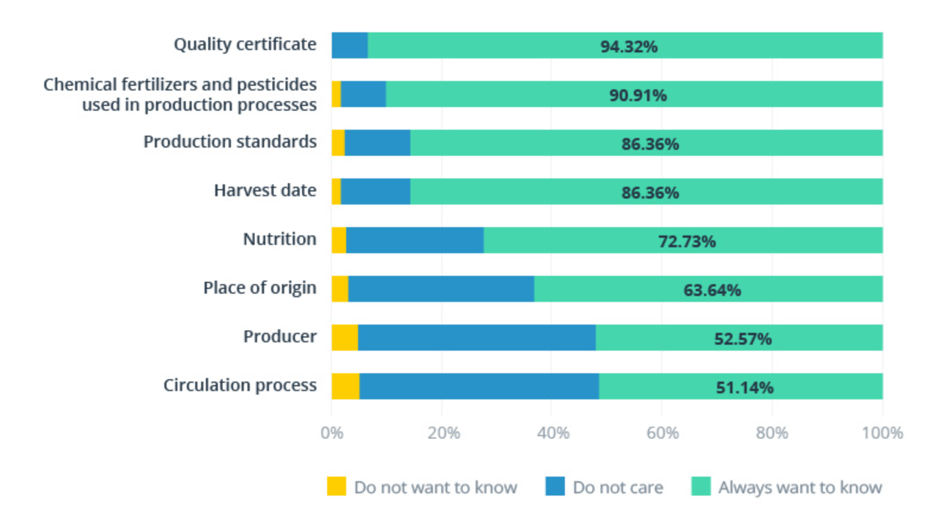 The technology is being further utilised in a variety of ways so as to help meet the challenges around food wastage, which the UN estimates to be as much as “14% of food [is] wasted p.a. from harvest to retailer” with complex and often international supply chains - and fraud. Of the many ways that blockchain technology is being used in the agriculture sector, here are just a few examples.


Meanwhile, it is well known that food waste is also a real challenge in the agriculture sector (as the chart below shows). Globally, the numbers are massive in terms of wasted resources such as water and fertilizers, not to mention the carbon emissions.


The impact of food waste 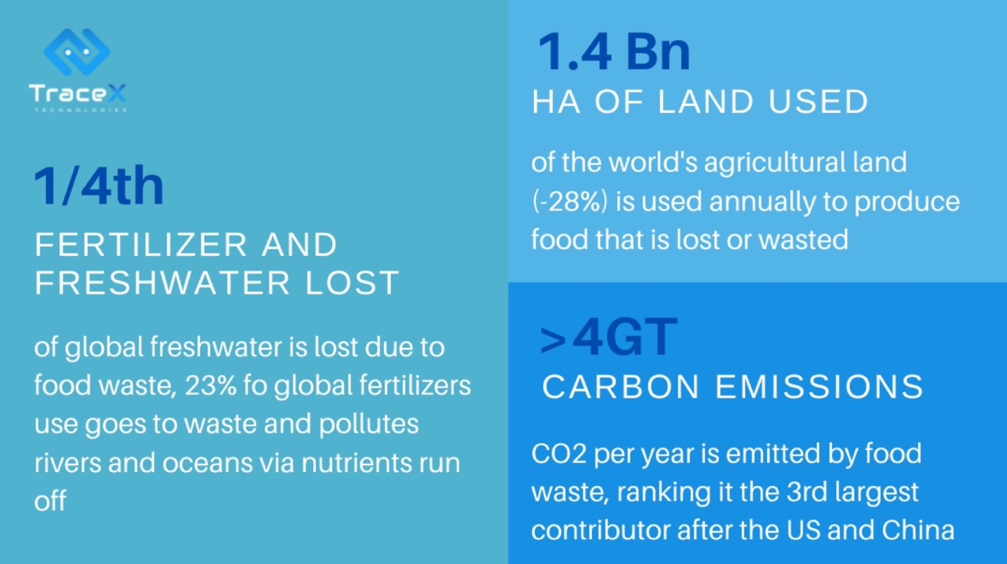 
The use cases confirm that blockchain technology is neither a silver bullet nor a solution to every problem in the agriculture sector since blockchain does not come without its challenges. The initial substantial costs to establish a fully operational blockchain-powered platform and allocation of who pays what (i.e., the farmer, transportation, retailer etc.) is an ongoing challenge. Furthermore, as there is the cost of hiring technical experts, is this something the average farmer is able to afford? Interoperability is yet another limitation blockchain technology faces, as different blockchain networks cannot easily communicate with each other. This creates a potential digital island problem. There are also regulatory and privacy laws that may hinder how data is handled in different countries. EU -GDPR (General Data Protection Regulation) with its “right to be forgotten” or CCPA (California Consumer Privacy Act) directly contradicts blockchain’s immutability quality so care needs to be taken as to what data is being held and where.

For blockchain technology to be viable in the agriculture industry, it needs to be utilised in conjunction with other industries. Santander has recently partnered with Agrotoken to allow farmers the opportunity to take out loans backed by Agrotoken’s tokens. Santander include soybeans, corn, and wheat, all of which are, in effect, types of stablecoins since they are pegged to values of these different grains - with each token being worth one ton of grain. The tokens allow farmers and other parties in the agribusiness industry to access this new financing system. Santander is investing $225 million in the project and it is to be tested initially in Argentina. Farmers can tokenise their grains online and have the tokens in their digital wallets. The tons are validated by a Proof of Grain (PoGR) network which has a multichain infrastructure. Interestingly, the PoGR network is able to operate using the Ethereum, Polygon, or Algorand blockchains.


So, the use of blockchain technology within agriculture is certainly set to change the traditional agricultural sector. Having access to more information (potentially in real time) and also to different forms of finance, and being able to enjoy cheaper insurance and reach out to the unbanked farmers, are just a few of the advantages. The solutions should ideally be designed in ways where they can be accessible by an everyday farmer. Without doubt there are challenges, but we are already seeing more widespread adoption of blockchain technology and indeed the use of digital assets in the agriculture sector around the world.