Technology is undoubtedly at the centre of the 21st century and Blockchain technology, by facilitating the creation of immutable transactions records that are potentially visible to many, makes the use of this technology attractive to the financial sector. Blockchain technology’s use of cryptography is a compelling alternative compared to many of the current procedures and processes which have their roots in paper-based analogue systems for record-keeping.

In 2008, a developer (or group of developers) under the pseudonym Satoshi Nakamoto developed Bitcoin (although no one knows who Nakamoto really is) that would enable the transfer of value/unit of exchange employing a hash method used to timestamp blocks. To put this in more simplistic terms, it is useful to think of the hashes that link different blocks of data together as being a series of fingerprints so that, unless the correct fingerprint/hash is used, the different blocks of data cannot be linked/chained together.

Furthermore, blockchain is a record-keeping technology designed to make hacking information or forging the data stored on it extremely difficult, thereby making it secure and immutable. It is a decentralised, distributed and unchangeable ledger used to record transactions across many computers so that the record cannot be altered retroactively. It establishes trust, accountability and transparency. The use of blockchain-powered platforms results in removing intermediaries therefore helping to make transactions less expensive and more efficient. The technology has a broad range of applications that can be integrated into a variety of businesses giving investors an extensive range of options. The financial sector is one industry where Blockchain technology has obvious applications and many benefits.


Use of Blockchain technology in the financial sector 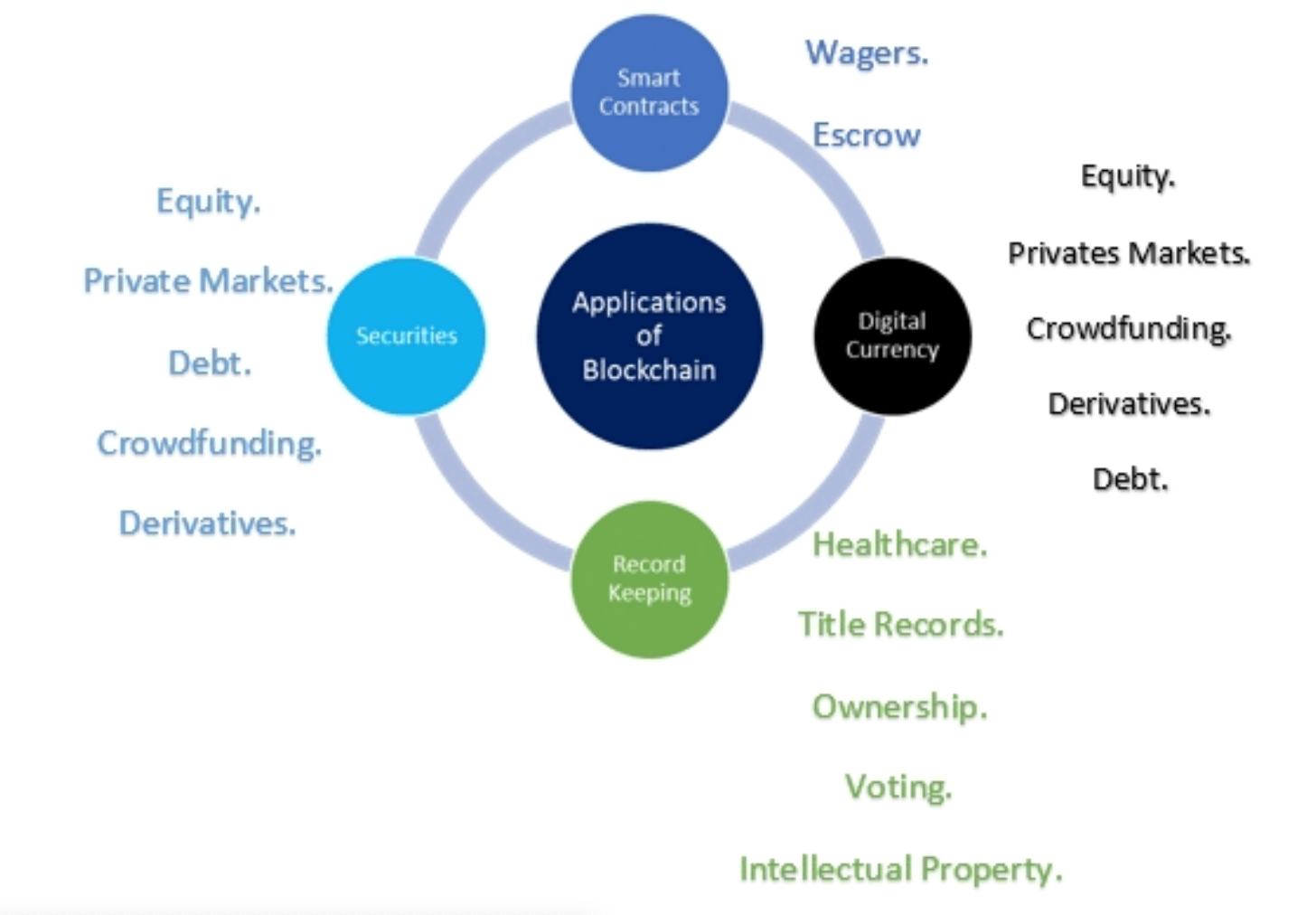 Transferring money internationally has always been slow and costly due to the fact that systems often go through many intermediaries and banks on their way to the payment's final destination. That could all change by using Blockchain technology to enable consumers to conduct digital transfers with mobile devices, whereby avoiding the necessity to use banks or many of the existing international payment transfer firms in order to send money to people and companies overseas.

Blockchain technology uses advanced security compared to other platforms or record-keeping systems. Any transaction that is ever recorded needs to be agreed upon according to the consensus method. Since blockchain transactions are peer-to-peer and decentralised they are potentially more secure than traditional transactions. There is less time for hackers to access transaction data when the data is held in multiple locations, and this means disaster recovery plans become stronger and more resilient by using blockchain-powered platforms.

Blockchain technology offers the opportunity for an organisation to create decentralised networks where there is no need for a centralised authority, so improving the system’s transparency. Blockchains make transactions traceable as, in effect, the hashes leave a digital fingerprint so allowing banks to process and monitor transactions more effectively. A good example of this is the recent FBI success in seizing $3.6 billion of Bitcoin that had been stolen in 2016. The ability to track and trace digital transactions becomes easier compared to locating a suitcase of cash. As a result, Blockchain technology is an effective technique for tracking transactions and assuring accurate and secure data.

Cash, wire transfers and cashiers’ cheques are secure methods of payment, but cash is untraceable. Wire transfers are time-consuming and cashiers’ cheques can be faked. Blockchain-powered platforms help to address these challenges resulting in more trust and less risk, which is a key reason for increasing adoption of the technology for regulated organisations. Blockchains are paving the way for a wave of technologically-based modern finance that is already fundamentally changing the banking and financial industries.


Blockchain in the financial industry market


Blockchain adoption being challenged in the financial sector

Although blockchain is viewed as a revolutionary technology due to its ability to reduce transaction costs and increase the effectiveness of cross-border transactions, large banks are beginning to question its reliability and whether the technology is mature enough to warrant large-scale application. The Central Bank of Russia and the Central Bank of Netherlands have both raised their concerns. Despite the inevitable reluctance for change, especially for regulated companies, the financial services sector is beginning to understand the transformational potential of using Blockchain technology Equities, bonds, commodities and real estate are already dematerialised, but they are recorded on a plethora of internal databases often requiring constant reconciliation.


The business value for blockchains in the financial sector

However, the use of Blockchain technology to tokenise assets offers the ability for the use of smart contracts to eliminate the cost of dematerialisation since the cost of processing a £100 transaction is the same as a $100 million transaction. A question for those in the financial sector is - which intermediaries will be required as we see more tokenisation of assets, and what value do financial advisors they add? This is a good question to consider in a future article as we contemplate the role of financial advisers, wealth managers, banks and stockbrokers as they face ongoing pressure from disintermediation.