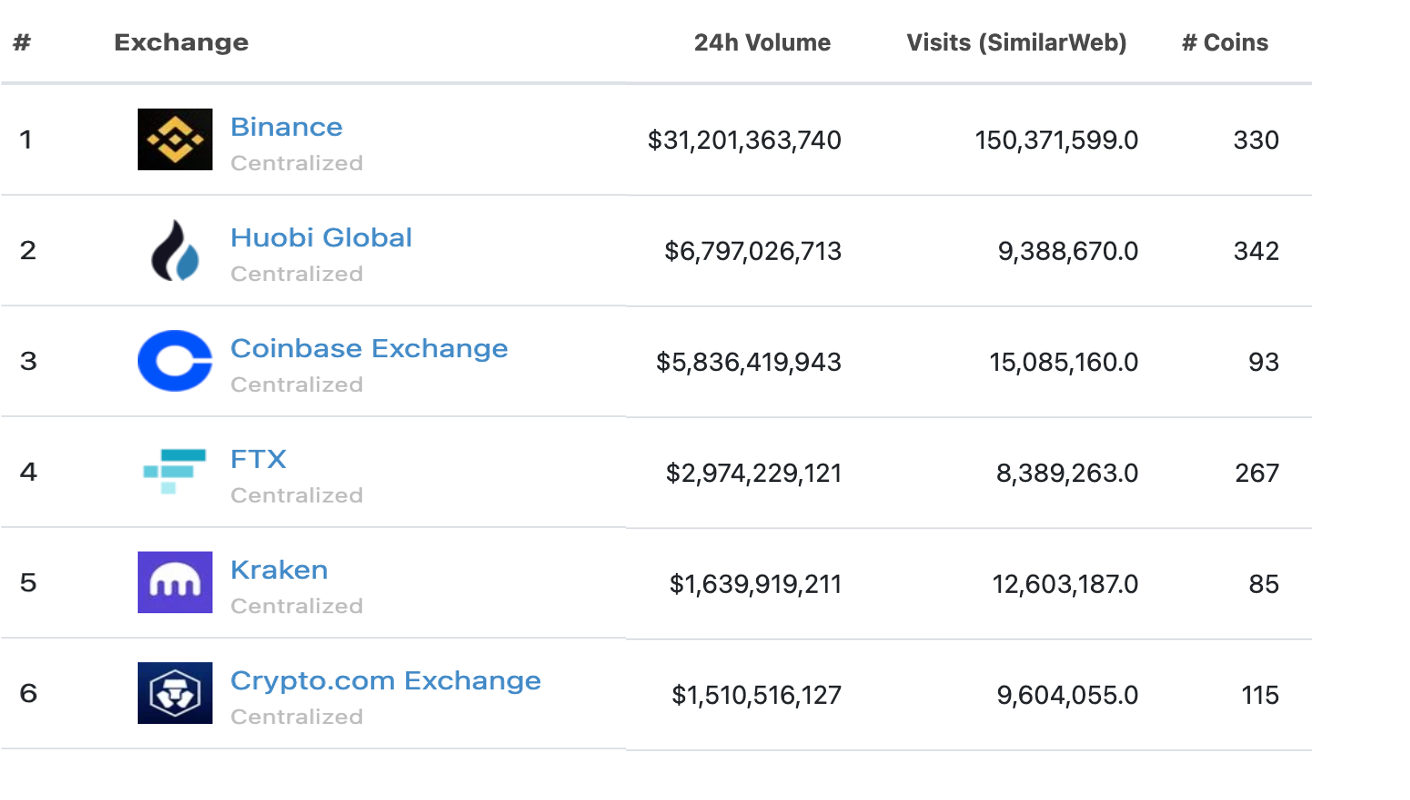 
The six largest Digital Asset exchanges all usually enjoy daily turnovers - i.e., reported to be buying and selling billions of US$ worth of transaction in 24 hours - which is impressive when you consider the number of Digital Assets they list is, at most, only 335. In terms of valuation of these exchanges, Coinbase is the only publicly quoted firm (having listed earlier this year) and is currently valued at $54 billion. Coinbase’s valuation is greater than that of the NASDAQ stock exchange, which itself is valued at $31.5billion. NASDAQ is the world’s second largest stock exchange in terms of the value of the companies that are listed on its exchange. When it first listed, Coinbase's valuation was almost as valuable as Goldman Sachs, yet it only employs 4% of the number of staff compared to Goldman Sachs. Notably, Coinbase has recently announced some very impressive trading results which has enabled its cash reserves to swell to $4.36billion.


It is understood that the crypto exchange, Kraken, is also considering an IPO (having seen the success of Coinbase’s listing) and it is thought that Kraken will look to float for $20billion. Kraken has 6 million investors and its COE, Jesse Powell, has told CNBC: “The first quarter just completely blew away the entirety of last year. We beat last year’s numbers by the end of February. The whole market has really just exploded”. Binance is the biggest Digital Asset exchange with its Binance token being worth over $70billion (although it had previously been valued at $100billion in May 2021). Whilst Binance has recently had to face some regulatory challenges in various jurisdictions, its US subsidiary has expressed a desire to become listed and raise $100m. Binance is another example of a Digital Asset platform which has become very profitable and yet it, too, only employs a fraction compared to other long-standing financial institutions. For example, back in 2018, Binance made a profit of $54million more than Deutsche Bank, with just 200 staff at Binance compared to Deutsche’s 100,000 employees. 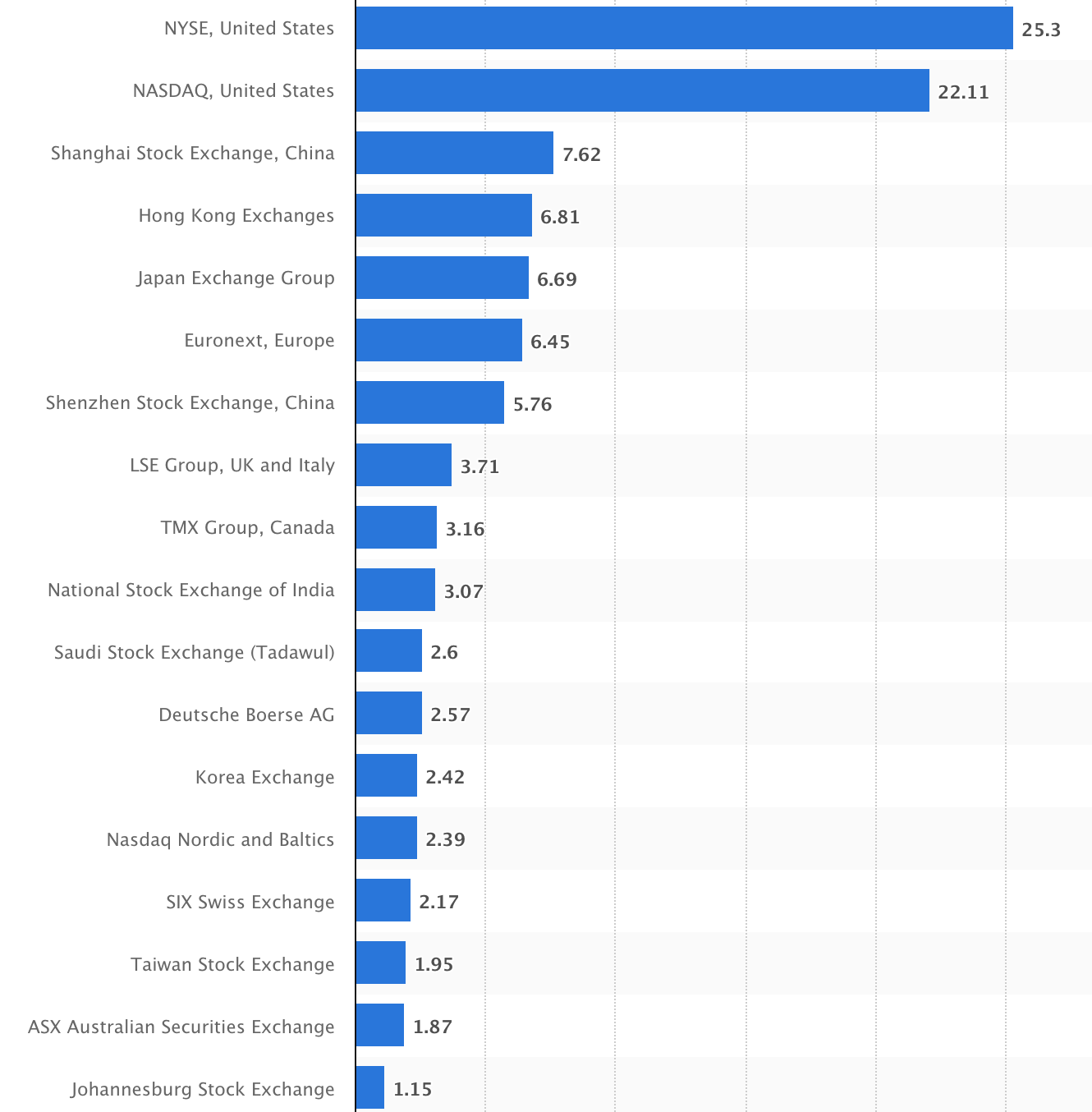 
There are other exchanges, whilst not as large, which are attracting impressive valuation such as Naga AG, based in Germany, which continues to trade on a lofty PE of 170 compared to NASDAQ’s PE of 27.9. NAGA’s copy trading turnover grew by over 360% in the first half of 2021 compared to the previous year. Meanwhile in Asia, Indonesia's first regulated cryptocurrency exchange, TokoCrypto, is looking to list as a publicly traded company in the next two to three years, having made $10 million in profits in the first half of 2021. According to the publication Nikkei Asia: “Tokocrypto launched its token offering (TKO) on the Binance platform in May 2021. Around 200,000 people participated in the offering and committed around $4.2 billion, Tokocrypto said it holds approximately $1 billion worth of TKO tokens and has 800,000 users; it claims to acquire a new user every five seconds”. Even in India, where the regulatory outlook for trading Digital Assets is currently uncertain, the Digital Asset exchange, CoinDCX, has raised $90 million whereby giving the company a valuation of $1.1 billion. Although traditional stock exchanges seem less and less relevant to younger investors, what with their paper-based analogue services and systems, as opposed to Digital Asset exchanges which allow 24/7 dealing on mobile devices offering access to wide range of new assets there may, however, be winds of change in the air…….


In July 2020, the London Stock Exchange Group (LSEG) added 169 Stock Exchange Daily Official List (SEDOL) codes for a variety of cryptocurrencies, and has created three categories: digital currencies, digital platforms, and security tokens. The publication, Blockchain Nation, has reported LSEG’s Head of Data Solutions, James Nevin, as saying: “More LSEG customers have begun trading in the digital asset space due to the "gradual institutionalization" of digital assets; because of this, the LSEG thought it was the "appropriate time" to add them to SEDOL.” In theory, where there is most common ground between Digital Exchanges and traditional exchanges will be the trading of those Digital Assets deemed to be ‘security tokens’. Blockchain Nation’s article also highlighted the LSEG’s comment: “Concerning security tokens (XC), these assets are financial instruments in which decentralized properties are applied to financial contracts. The list includes 20 projects, among which the most prominent


Historically, the LSEG has its roots starting in 1698 when a gentleman called John Castaing published “a list of currency, stock and commodity prices at Jonathan’s Coffee House including prices for gold, ducats, silver staters and pieces of eight.” Indeed, the LSEG is one exchange to keep an eye on when it comes to innovation and being a possible contender to embrace Digital Assets further. The current LSEG clearly has an agenda for change, being seen to not only to be listening to its clients and creating SEDOL codes for cryptocurrencies, but also by its $27billion acquisition of Refinitiv. LSEG has allowed a Digital Asset Exchange, AAX, to use the LSGE technology to power the AAX exchange. The LSEG has also recently announced an improvement in trading, having reported a rise in profits from £475million a year ago to $1.17billion. As Reuters has highlighted: “The CEO is trying to transform LSEG into a one-stop shop for data, trading and analytics with its $27 billion takeover of Refinitiv”. However, surely it cannot be lost on the LSEG board as regards the staggering profits and valuations now commanded by some of the digital exchanges. No doubt, the LSEG (along with other traditional exchanges) will want a ‘slice of the action’. As before mentioned, several digital exchanges employ a fraction of the staff compared to many traditional exchanges, yet these new digital exchanges have become hugely profitable and, in some cases, are attracting valuations which many traditional exchanges can only envy.

So, will the Digital Asset exchanges use their highly rated valuations and surplus cash to buy into traditional exchanges and so gain greater credibility as well as the institutional support, or will the traditional exchanges begin buying up some of the smaller exchanges? Alternatively, will competition force the digital exchanges to be less profitable whereby we will see their fortunes waiver, or will even regulation curtail many of their current activities?