Bitcoin mining requires considerable computer power, and therefore electricity, so naturally the major Bitcoin miners have located parts of the world where the price of electricity is the lowest.

The electricity cost to mine a Bitcoin 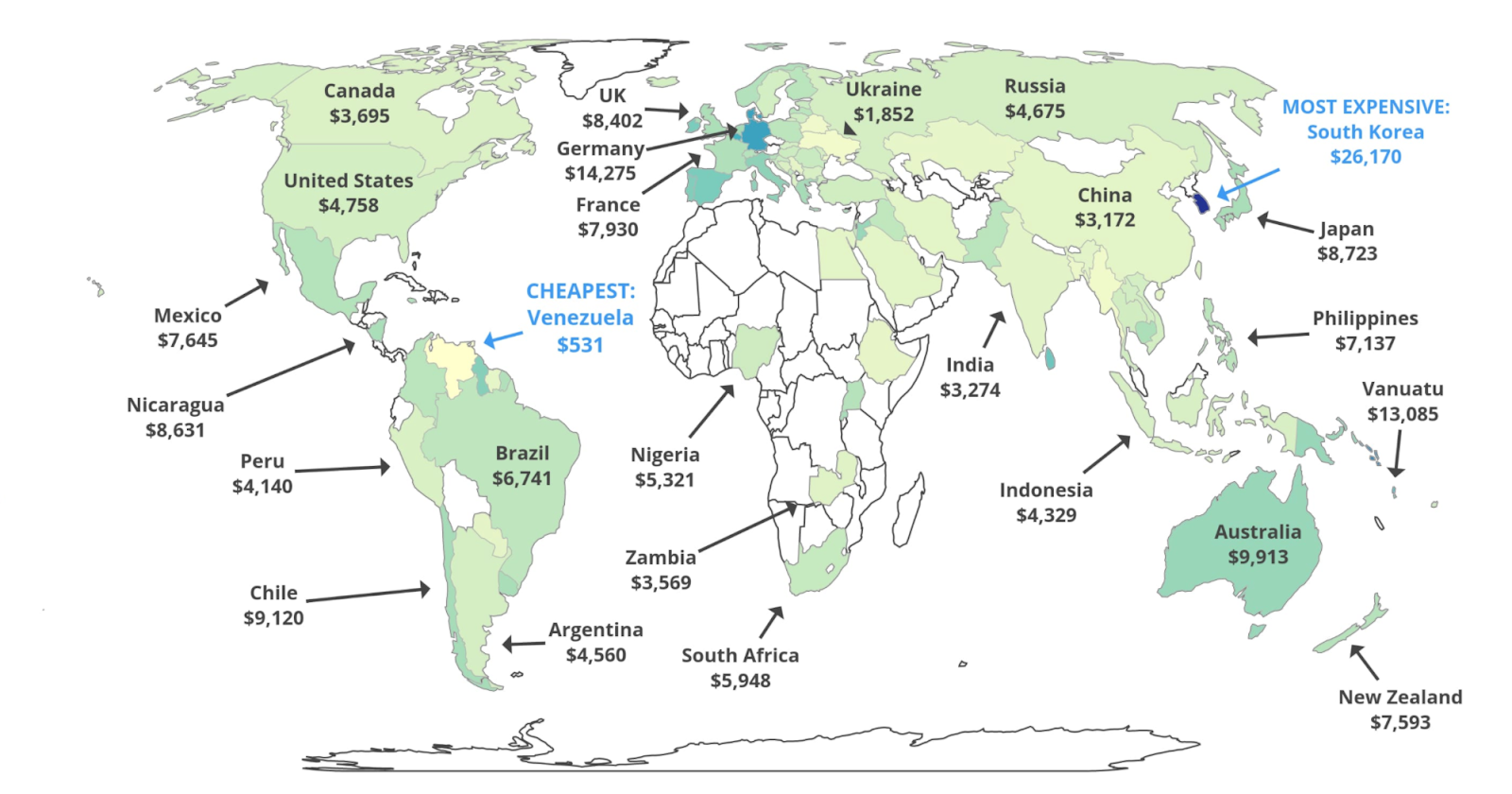 There is a widely held perception that Bitcoin mining has to be detrimental to the world’s environment because it uses more power than individual countries, although many do not realise that the tech sector alone accounts for 2-3 percent of all global carbon emissions according to the UN. Interestingly, while there have been concerns about the amount of electricity that cryptocurrencies such as Bitcoin use, we are now increasingly seeing alternative headlines such as: “Why Energy Concerns Around Blockchain May Be a Misconception”.


The electricity Bitcoin mining uses compared to other countries

Recently, US Federal Reserve Chairman, Jerome Powell, referred to Bitcoin as ‘essentially a substitute for gold rather than for the dollar’. If this becomes the case, we could see a significant increase in investors in Bitcoin and, as the chart below indicates, Bitcoin mining does actually use less energy than gold mining! 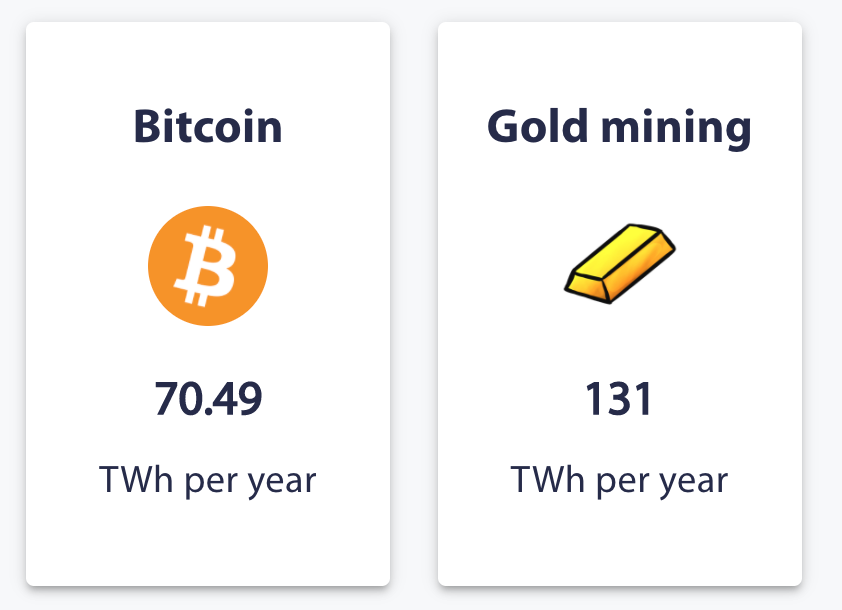 
Of importance is that the price of generating electricity from renewable sources is now often less than using fossil fuels. According to the International Renewables Energy Agency: “In the last ten years, the cost of electricity from utility-scale solar PV fell by 85 per cent, onshore wind by 56 per cent and 48 per cent for offshore wind”. However, the problem is that often renewable energy is generated in remote locations away from where any power is consumed; it is also being generated 24hrs a day including at night when electricity demand is usually at its lowest.


The cost of renewable energy is falling 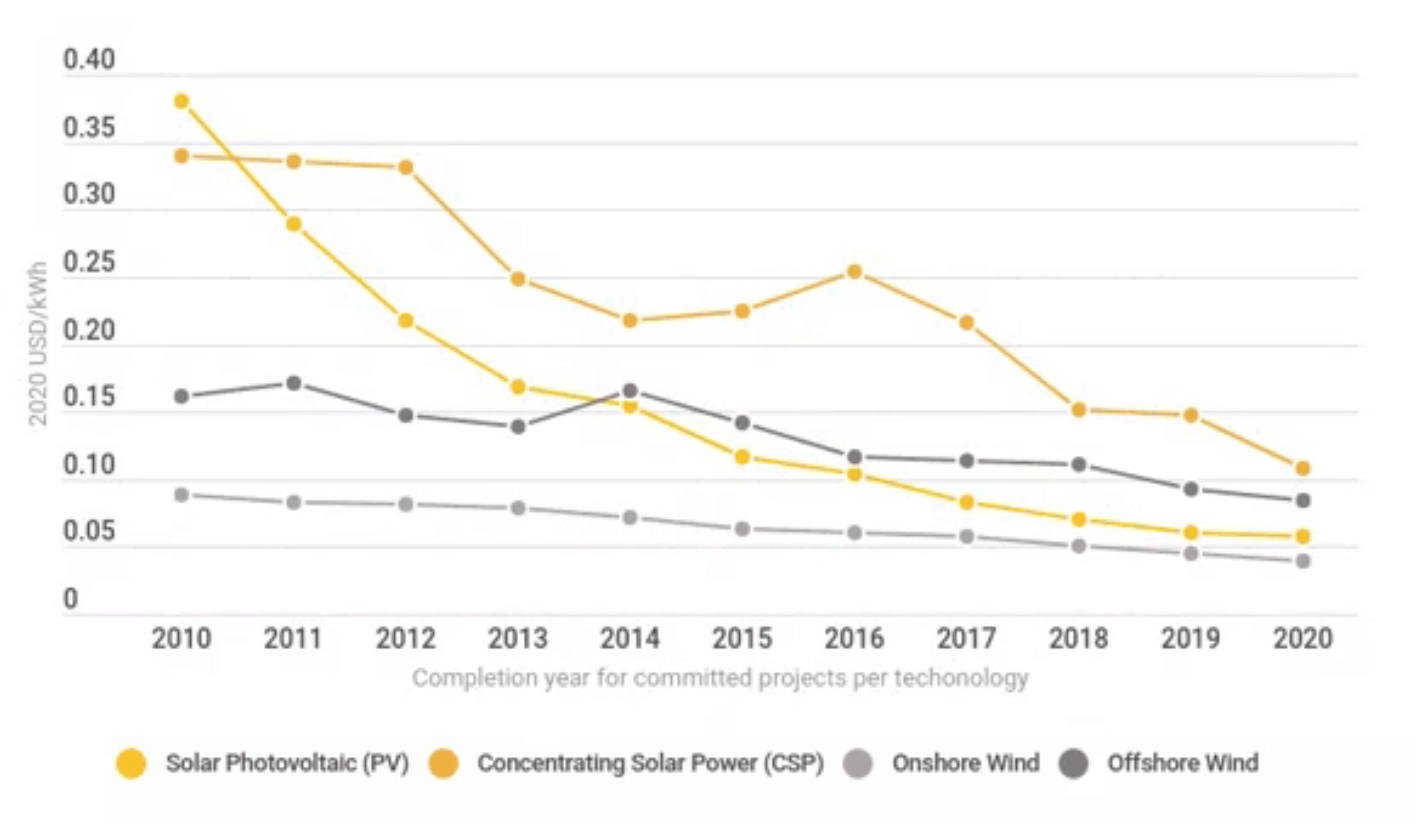 This is where Bitcoin mining is able to help since, provided you have an internet connection, any surplus power can be utilised instead of being transported around a national grid or stored in still relatively inefficient batteries. Bitcoin mining offers an opportunity to wean the world off its fossil fuel dependency and transition over to using renewable energy sources by acting as a complementary technology for clean energy production and storage. An added benefit is that the more renewable energy plants there are, the lower the unit costs become due to economies of scale, whereby encouraging more investment into renewable energy projects and potentially bringing the marginal cost of producing electricity from renewable sources close to zero.


Value of Bitcoins mined per day


Historically, China has accounted for up to 60% of Bitcoin mining, generating over $7billion of income for the country p.a. However, due to recent action by the Chinese closing illegal Bitcoin mining operations, Chinese Bitcoin miners are now relocating to the US and Kazakhstan, (which generated over $650 million worth of Bitcoin in the last year). This means that fewer Bitcoins will be in the hands of one country i.e., China.


As with many matters there is a lot of ‘fake news’ and misunderstanding. Certainly, rather than Bitcoin mining being harmful for the environment, it is potentially helping economies both generate much needed foreign reserves and also enhance the internal  rate of return for renewable energy projects. The more attractive returns from renewable energy plants are supporting the environment, not destroying it as is claimed by naysayers such Elon Musk!