“Blockchain technology has the potential to transform health care, placing the patient at the center of the health care ecosystem and increasing the security, privacy, and interoperability of health data. This technology could provide a new model for health information exchanges (HIE) by making electronic medical records more efficient, disintermediated, and secure. While it is not a panacea, this new, rapidly evolving field provides fertile ground for experimentation, investment, and proof-of-concept testing”.​

Wow, what an optimistic quote from Deloitte - but what is the reality? Is Blockchain simply another ‘buzz’ word being brandished about by technology lovers and consultants? Without a doubt, one of the most powerful benefits of Blockchain technology that we have written about on numerous occasions in Digital Bytes is that Blockchain-powered platforms bring greater transparency to processes and organisations. For example, Blockchain technology is now being implemented within the healthcare sector in a variety of ways including the management of patient data and medical records, in supply chains for pharmaceutical drugs, for research into new drugs and health research, handling insurance claims, and even being used as part of nudge economics to encourage patient behaviour.


Here is just a small selection of different companies offering Blockchain-powered solutions within the healthcare sector:


Blockpharma, based in France, offers a Blockchain-powered platform to address challenges in the supply chain for pharmaceuticals to bring greater transparency, thus enabling drugs firms to help tackle the relentless counterfeiting that is so prevalent in the pharmaceutical industry. By scanning the supply chain and confirming all points of shipping, the Blockpharma’s app has the ability to track and trace drugs from point of manufacture to dispensing, so helping medical prescribers and patients to identify counterfeit medication. According to Blockpharma, 800,000 deaths occur every year due to counterfeit medicines, and there has been a 300% increase in counterfeit medicine trafficking between 2007 and 2010. Out of all the medication in circulation at the moment, 15% is counterfeit.


BloodFlow is a Canadian-based firm using Blockchain technology to offer the 36 blood donation agencies globally a combination of rewards/tokens together with a more efficient way for these agencies to digitally engage with blood doners, including information about what their donated blood was used for. For example, the blood you donated was used to help a child who was involved in a traffic accident, or your donated blood was used to help someone who has had hip replacement surgery. This enhanced engagement encourages blood donors to return to give blood - of paramount importance since many of the world blood donation agencies are desperate for more donors and also wish to reduce the % of donors who do not attend to give blood even though they have made an appointment. Did you realise that while donors are offered cup of tea following donation of a unit of their blood, the blood agencies then sell that unit of blood for $200-$300 in the US and in the UK, the NHS pays £145.22 per unit of blood?


Coral Healthcare, based in Canada, is using Blockchain technology with smart contracts to improve the efficiency of healthcare, whilst automating many of the current paper-based, administrative healthcare systems. This is enabling doctors, scientists, lab technicians and public health authorities to access one common data base, so reducing duplication and errors.

Medicalchain, based in the UK, is using Blockchain technology to hold patient records securely. Doctors, hospitals and laboratories can all request patient information which has a record of origin and the technology protects the patient's identity from outside sources. In May 2018, Medicalchain announced the release of MyClinic.com which is a telemedicine platform allowing patients to consult with their doctors via video and pay for those consultations with 'MedTokens.'

Veridat, in the US, is a business established to bring integrity and data hygiene to the pharmaceuticals industry. Pharmaceutical clinical research has been plagued with questions of trust and transparency regarding the results of trials and testing which generate huge amounts of data and can have a substantial impact on the prospects of the company being given approval for the use of its drugs. By using Blockchain technology to timestamp and record clinical research data, Veridat offers auditability and trust and is being trialled with JuvaTech, a behavioural neuroscience company supporting researchers conducting testing of therapeutics. 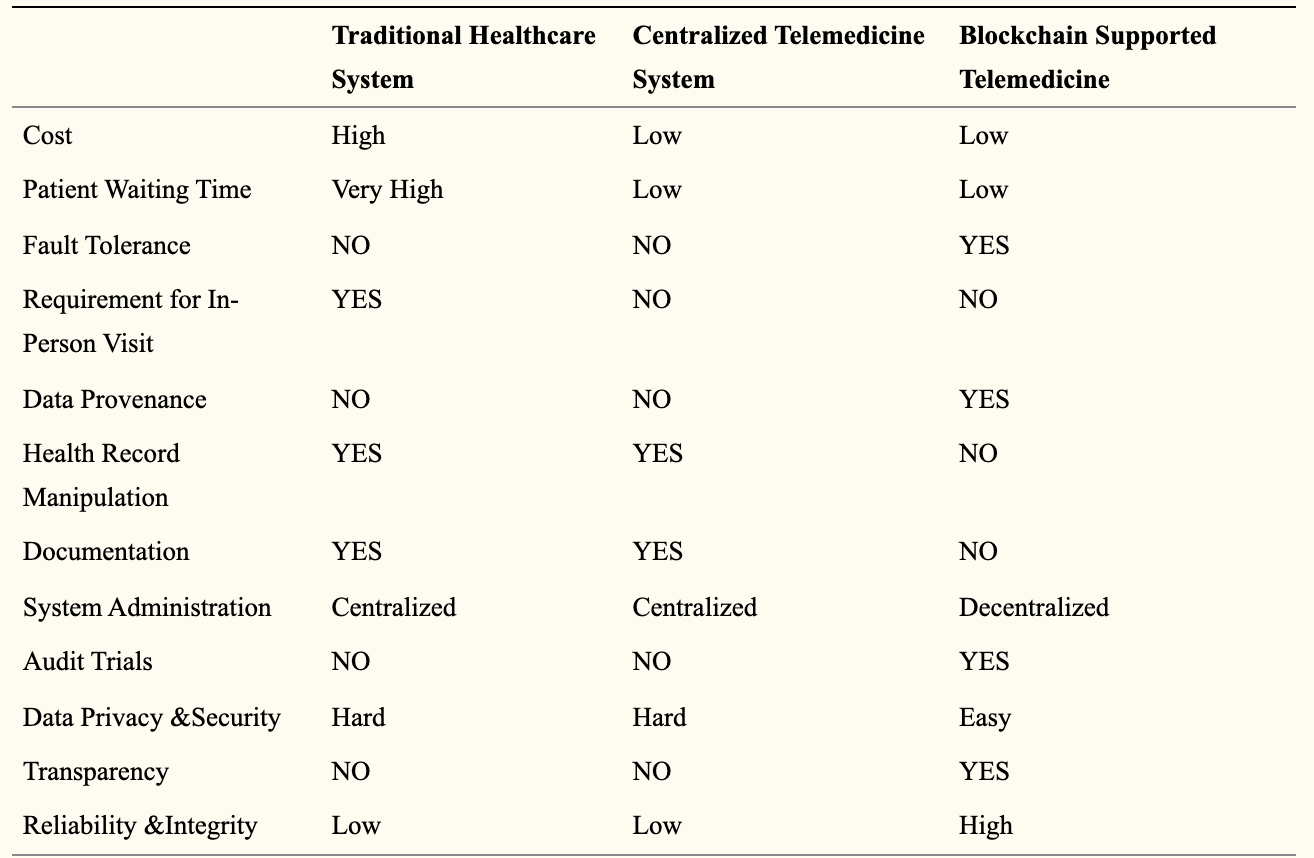 Source: US National Library of Medicine


It is not solely companies around the world which are championing the use of Blockchain technology in the healthcare sector - countries, too, have embraced this technology. In 2016, the Estonian E-Health Foundation launched a Blockchain-powered project designed to keep patient medical records safe but accessible by those who had permission and the need to use such information when caring for a patient. “We are using blockchain as an additional layer of security to help us ensure the integrity of health records. Privacy and integrity of healthcare information are a top priority for the government, and we are happy to work with innovative technologies like the Blockchain to make sure our records are kept safe,” Artur Novek, the foundation’s Implementation Manager and Architect has reported.

Estonia has found some the key advantages of using Blockchain technology to be:


However, as with any technology there are, without doubt, challenges that still need to be met when it comes to using Blockchain technology. Apart from the natural reluctance to accept change there are the financial costs of implementing any new technology solution and transferring huge amounts of data in a secure way to a new system. Concerns always exist as to how secure the data is when digitised, together with the challenge of interoperability i.e., the ability of a Blockchain platform to be able to integrate with other Blockchain-powered platforms, as well as other data records which are not using Blockchain technology