In 2014, the Swiss and the European Union began negotiations on an institutional agreement which ultimately broke down. As of July 2019, this break down resulted in the Swiss losing their recognition of equivalence meaning that EU investment firms would not be able to trade Swiss stock, such as Nestle, Novatis, Rocche, Chubb etc trading on Swiss stock exchanges. A repercussion of this could have been a collapse in volumes with a severe impact on the stock exchanges. So, to protect against this happening the Swiss government prohibited shares of Swiss companies (which are listed or traded on a Swiss stock exchange) from being traded on EU exchanges. The impact of this was that, because Swiss companies were not traded on European exchanges, European asset managers could trade Swiss equites on the Swiss exchanges or indeed any other exchange that they were quoted.

A crypto hand of friendship 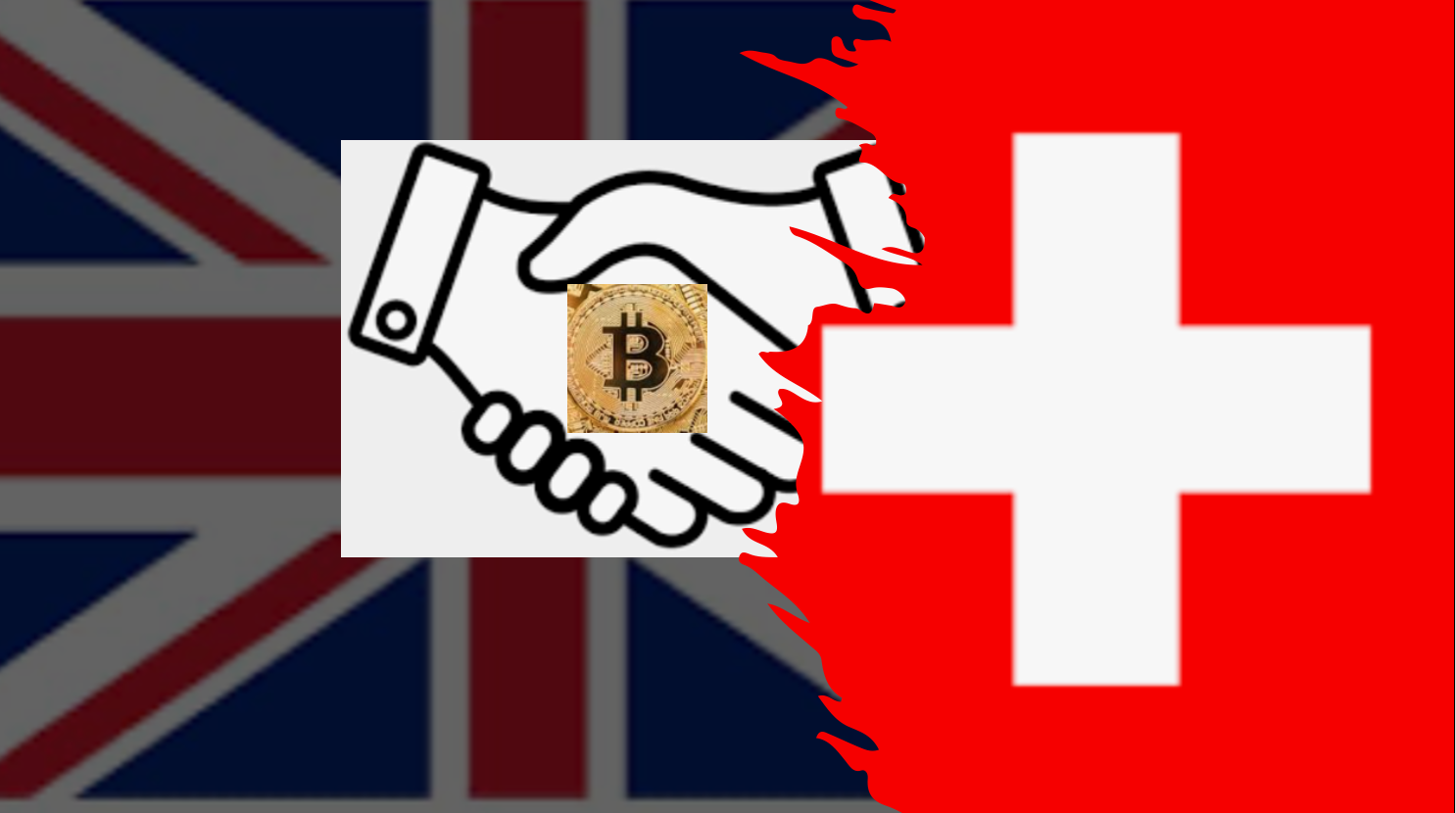 On 3rd February 2021, Switzerland’s financial regulator, FINMA, finalised what had been negotiated for a while with the UK and Switzerland, allowing Swiss shares to trade in London (given the UK’s departure from the EU). As a result of this, UK-based ETC group has announced that it will be offering Exchange Traded Products (ETP), so giving exposure to Bitcoin. This Bitcoin ETP (BTCE) is listed on the Swiss SIX exchange and will be available to trade as of 7th June on the Aquis Exchange in London and Paris. This will be the first time a cryptocurrency as an ETP has been available for trading in the UK or any other European exchange.

The Swiss and its Crypto valley for a while has seen to be more embracive of digital assets and a number of organisation have established foundations (a legal structure that it not able to be formed in the UK). While the Swiss and the UK are relatively small in terms of population both are globally renowned for their robust legal and financial service. If we are to see further collaboration between UK and Switzerland especially in the field of digital assets, we could well see these two jurisdictions attract considerable capital and talent thus tax revenues. It could also see more accommodative regulation and legal clarity. We have already seen the Swiss change their law to allow the issuance of digital securities without the need for paper based documentation. The UK continues to attract investors. According to Coinidol:  “Start-ups plus growth firms including blockchain and fintech companies operating within London attracted funding worth more than $10 bln which makes over a quarter of overall investments within Europe and is about 3 times the level in Paris (France), Berlin (Germany), Stockholm (Sweden) according to the data by Dealroom”.

The Bank of England has announced the creation of a task force to consider issuing a sterling Central Bank Digital Currency. A true leap forward would be if either the Swiss FINMA or the UK FCA were to allow institutions to be legally able to commence issuing and trading digital bonds or digitally-wrapped equities, similar to those being offered by Bitterex and FTX in Germany. Unfortunately, while great progress is being made it is not universal. The FCA has recently announced that it is pushing back the deadline for when it will be required to process those firms which applied in December 2020 to handle crypto assets. Originally the FCA agreed there would be transitional arrangements until 9th July 2021, but this deadline has been extended to 31st March 2022. Does this mean any new firms wishing to register in the UK to be engaged with crypto assets will be delayed further? Should this be the case, the risk runs high that companies will move off-shore resulting in a loss in valuable tax revenue for the UK which, in a post COVID-19 world, is desperately needed. Even more importantly, will this, in turn, undermine overseas investors’ confidence in UK FinTech and go elsewhere? The UK government needs to act NOW!