We have had a number of readers asking for a summary of the different types of digital assets and examples of each type. Keeping abreast of the various digital assets can appear daunting as different organisations quote competing numbers. Coincap.com claim there are 7,096 while Statista say that there are over 4,500. 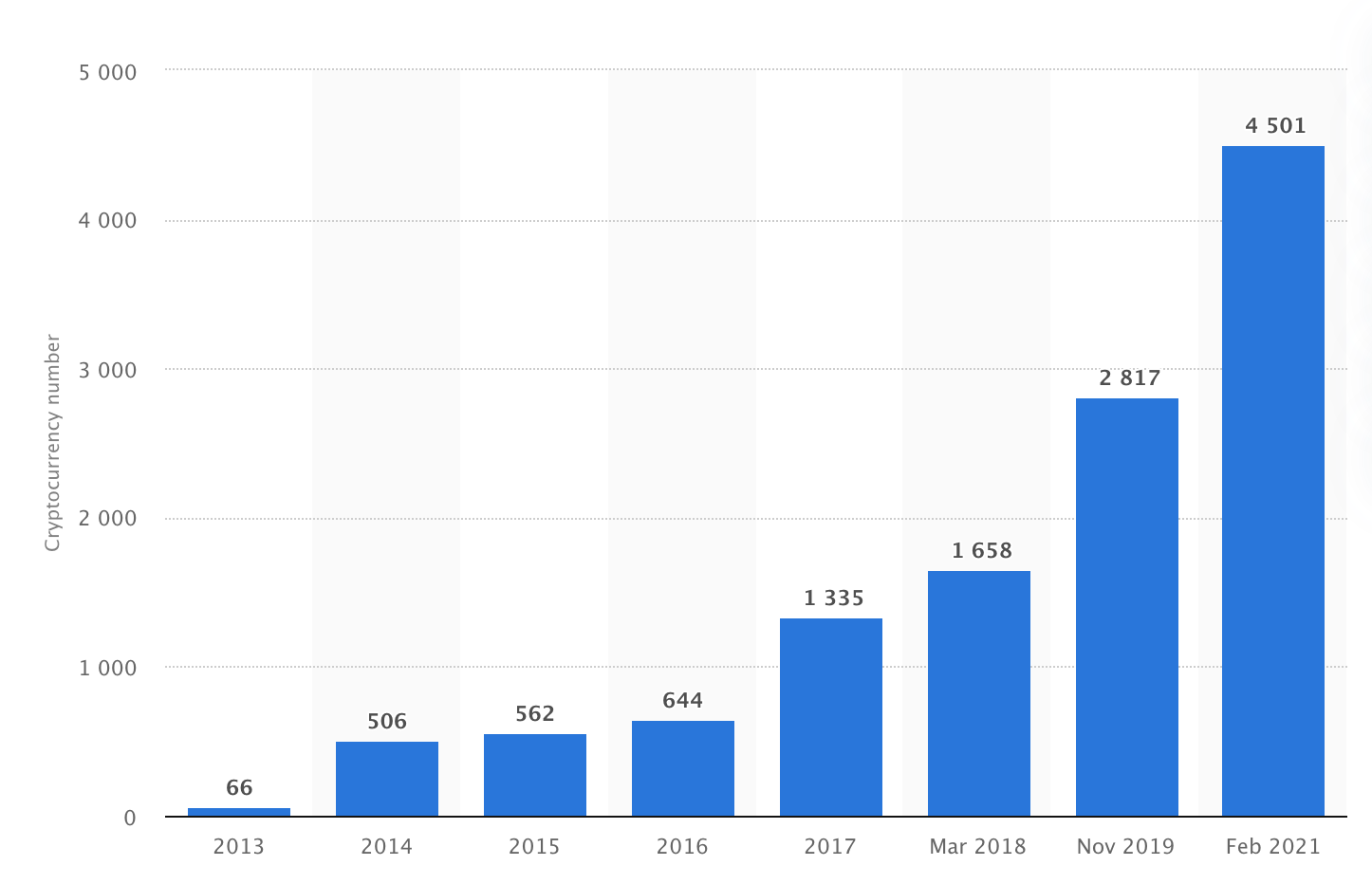 
Digital Assets have been issued by governments (Chinese digital Yan – which is currently being tested in more villages and towns around China), publicly traded companies (J.P. Morgan -JP Coin) but the fast majority have been issued by private companies many of which are start-up firms from all over the world.

Central Bank Digital Currencies (CBDC) or as the Economist are calling them “govcoins are a new incarnation of money. They promise to make finance work better but also to shift power from individuals to the state, alter geopolitics and change how capital is allocated.” The Chinese are well on their way rolling out the Chinese digital Yan and recently Mastercard has  announced that it is in talks with the Chinese authorities to have the Digital Yan accepted on its payment platform.

CBDC such as the Bermudian Sand Dollar- the worlds’ first national wide CBDC- use Blockchain technology, others such as the Chinese Digital Yuan do not use a Blockchain.

CNBC define DeFi as: “Decentralized finance, or DeFi, refers to a system of applications that aim to recreate traditional financial instruments with cryptocurrency”.


Size of the DeFi market


There have been a range of tokens created for the DeFi sector with the objective to enable decentralised financial services, without the need of a third party, such as a bank or the other intermediaries. DeFi tokens are rely on smart contracts i.e., computer coding and are designed to offer participants the ability to earn interest, get loans, trade etc without relying on any third party. This is a fast-moving sector and DeFi Tokens can fall and rise very fast which is what we are now seeing firms such as Novum Insights being set up to offer insight to the challenges and opportunities. With returns being offered as high as 84,000% p.a. which means that in a day your £1,000 becomes worth £3,300, (i.e., 230% per day), it is of little surprise that DeFi tokens have attracted so much interest.

NonFungible Tokens (NFTs) in their simplest form can be described as digital collectibles. Typically NFTs are tied to art, photographs, pictures, music, or videos.

They are called Non-fungible” as they are unique therefore can’t be replaced with something else.


NFTs have recently been in the news with the auction house Christies selling a NFT for $69million making the artist Beeple the third highest living artist ever. In Q1 2021 it is claimed that over $2billion of NFTs have been sold.

Investopedia’s definition of traditional securities is: “financial instruments that hold some type of monetary value and represent ownership (stock), a creditor relationship (bond), or the representation of rights to ownership (option). They can provide a variety of financial rights to the owner of the securities, such as equity, dividends, or interest”. Security tokens are digital representations including fractions of an asset such a real estate, commodity, an equity, a bond, and non-physical assets such as data, AI. Traditional securities and security tokens value is linked to an underlying asset and subject to existing security regulations.


We are already seeing equities such as Coinbase, Tesla, Twitter etc that are traded on traditional stock exchanges being offered in a digital format. The reason for this is digital security offer:

Stablecoins are typically linked/pegged to a fiat currency such as $, €, £ or Yen but instead of being issued by a government are issued by a company. The most well know but yet to be issued stablecoin is Facebook’s Diem which is awaiting approval from Swiss authorities and is meant to be linked to a basket of global fait currencies. Although as a trial The Diem association are now expected to launch a $ backed stablecoin later this year. As we see more security tokens being issued there will be a growing demand to pay the income generated from property, the coupons from bonds and the dividends from equities to be paid digitally using stablecoins. The biggest three stablecoins are Tether, USD and Binanace Coin.

Utility tokens can be seen as similar to loyalty points such as Airline rewards or credit card points and often offer access to a company’s (future) product or service — similar to a voucher. Utility tokens are not meant to be investments, otherwise they would be a security token, but as purchases. Therefore, the more demand for the utility the token gives access to more valuable the token will be. The majority of Initial Coin Offerings (ICOs) in order to avoid security regulations structured themselves, or at least tried to, as utility tokens. People often get confused between what is a security token and a utility token so the following example may help. If you assume you owned a theatre and want to encourage more customers so you carried out an ICO and the buyers were entitled to free drinks, discounted tickets, priority booking or extra comfy chairs you would be selling a utility not a security. However, let’s assume that you owned a building and wanted to convert it into a theatre and issued an ICO to pay for the building works there is a strong possibility that regulators could claim that the money you had raised was in fact a security as it had been used to invest in to building, equipment, furnishing a theatre. EOS which raised $4+ billion has raised more money than any other ICO to date, but the biggest utility token still remains Bitcoin.


The size of the digital assets market excluding security tokens is $2.4 trillion. However, as we see the infrastructure such as banking, custody, insurance exchanges and greater legal clarity around regulations we will see more institutions begin to engage with Digital Assets. Indeed, we could see security tokens become the second largest type of digital assets after CBDC, especially if we see banks and potentially governments start using them to issue bonds using Blockchain technology. This is because companies and governments issue huge volumes of bonds - $4.6trillion- and that was in just in the first half of 2020. Digital assets have come a long way since the heady frenzy and brouhaha in 2017/2018 with ICOs and now we have much more mature markets and investors which are challenging many aspects and vested interest of traditional markets and even the currencies of nations. As ever change by some will be fought and resisted. However, eventually we will see more and more assets being digitised and much of the current, as some see, opaque elitist financial markets will become more transparent and available to the masses, not just the few.