Once again, the equity and crypto markets are riding high with the total value of the crypto currencies reaching almost $2.74 trillion on 6th May 2021. However, be aware that bond yields are rising with some storm clouds on the horizon. 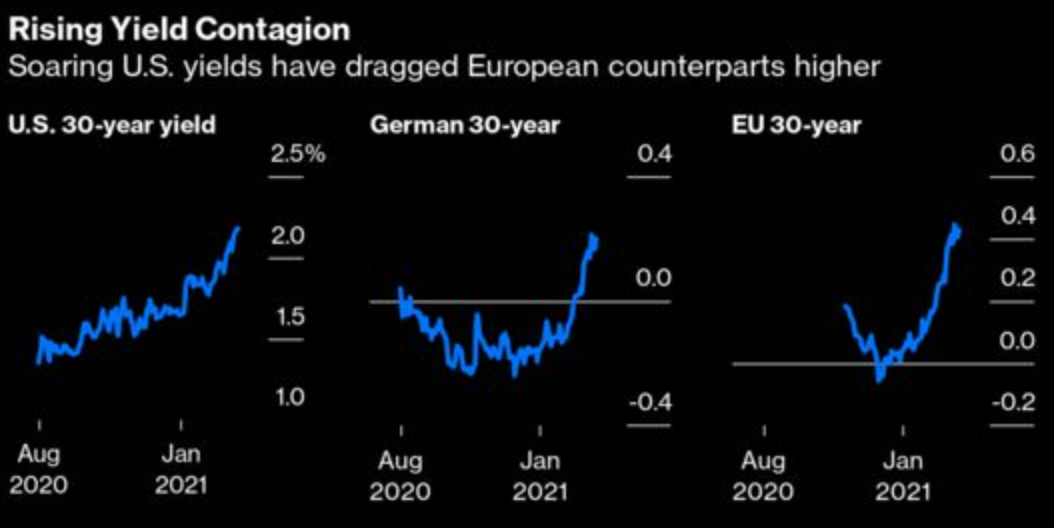 There will be those who believe that higher yields are a precursor to higher inflation and will therefore turn to gold, while others will advocate increasing your exposure to property. There is also a growing band of investors who will wish to increase their crypto currency holds as an alternative non-correlated asset class.


Historically, an adage among stock market traders suggested: “Sell in May, come back St Ledger Day” At the time, it was thought that stockbrokers and wealth investors escaped from the heat of the City of London over the summer and headed off to their country estates, only to return at the end of September for the St. Leger's Stakes - the last of the major horse races on the flat in the British horse racing calendar. According to Investopedia, from 1950 to 2013 the Dow Jones Industrial Average posted lower returns during the May to October period, compared with the November to April period. But caution is required as, since 2013, there have also been some sizable rallies in the same period. Last year, the S&P 500 rose by 16%.


However, it has been disappointing for a few shareholders of Apple to see that, despite a rise in revenue of 54% to $89.6 billion in the last quarter, the share price of Apple is now lower than it was - before it reported these phenomenal results! And remember too, even Apple, with its $91 billion cash pile, joins the other 496 firms in the S&P500 that are not debt free, according to the ‘Retire before dad’ website. The question we all want to have the answer to is, if interest rates are to start edging higher (given the massive increase in corporate and national debt), will cryptos stay firm or even rally in the face of falling equity and bond markets? Maybe this explains why the list of companies and funds investing in cryptos continues to grow since it ensures that they, too, have diversification in the assets they hold.


Whilst it is not cheery news for those in debt, according to the publication GoldMoney.com we are fast approaching a point where the Fed has “one alternative left to pursue, albeit with the greatest reluctance. And that is to raise interest rates - substantially”. For those earning a paltry return by holding cash in a bank account, higher interest rates will be a welcome relief. So, not all doom and gloom as economies flush out the excesses of the current debt-binged companies.