One of the biggest challenges that faces the property sector is that it has been slow to digitise and often data and information on buildings is held in a wide variety of different places. Aon Reed Stenhouse, the insurance company, claim that 95% of the information on a new building in terms of the construction data currently gets lost on handover to the buildings first owner. It is for this reason that Briq, based in California USA, have developed a Blockchain-powered platform that keeps a record of the entire construction of a building.

Global Warming Has Concrete Problem When It Comes to CO2 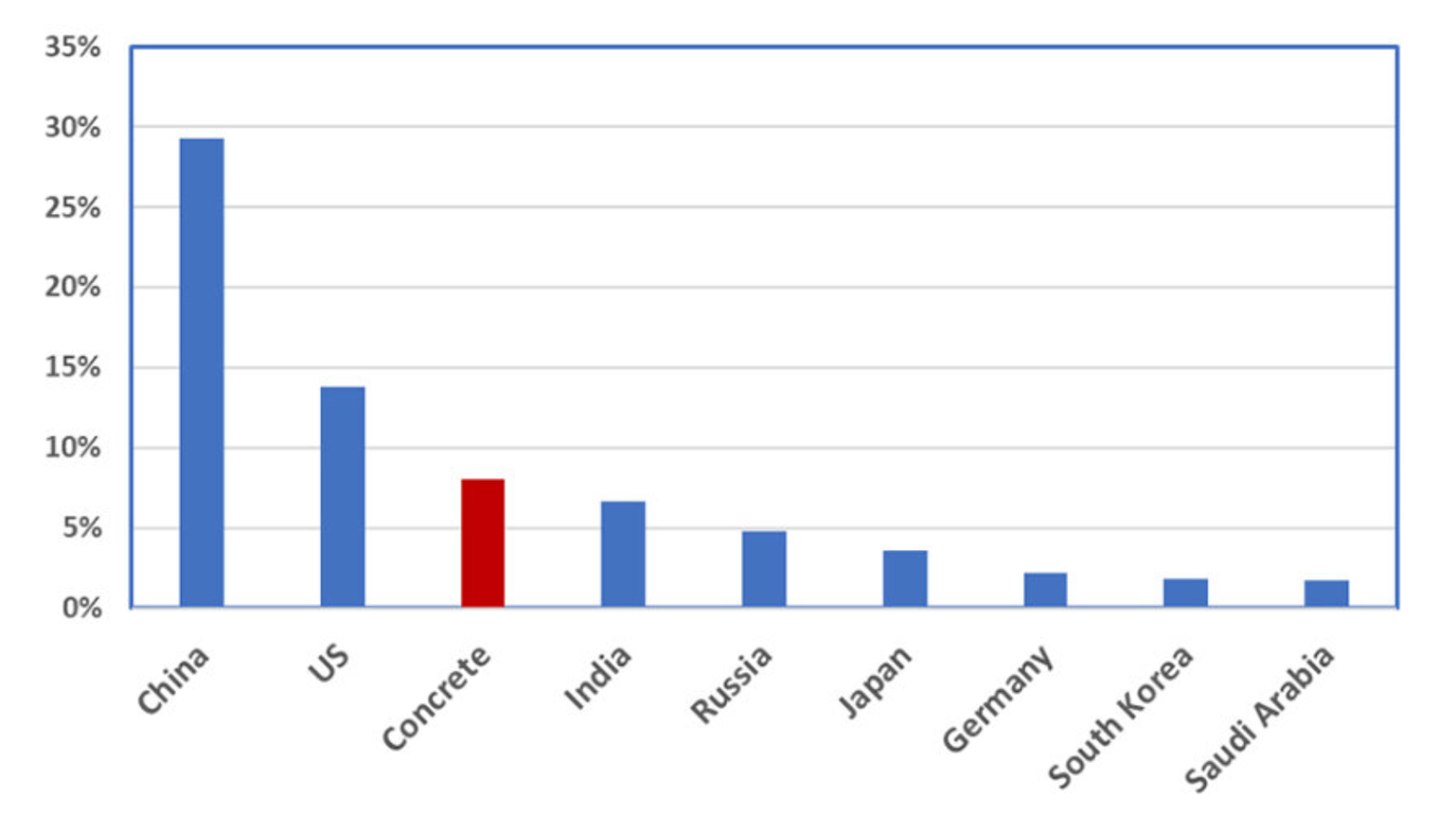 
The manufacturing of cement is a significant producer of  global carbon emissions  and after water cement is the most consumed product globally, as each year 3 tonnes of cement is produced for every person in the world. Cement accounts for over 4 billion tonnes of carbon dioxide emissions annually. Therefore, any smart city can significantly improve its carbon footprint by using less cement or cement that is produced in a low emission manner. Hansons have a cement manufacturing site in Wales and they are using a combination of renewable energy sources, solar and wind to help produce the power that is required to make cement. Hanson UK claims: “The carbon footprint of the Regen GBBS produced at the plant could be brought down to one-tenth of that of Portland cement.”


Tata in Wales have recently won a £20 million grant to help decarbonise Wales: “to explore the production of a hydrogen supply, carbon capture usage and storage and CO2 shipping from South Wales which would be the first CO2 shipping industry in the whole of the UK… This is all part of a wider initiative to manufacture low or net zero carbon cement and steel products, helping to drive the low carbon future of UK construction”

Cities are major consumers of energy and with more and more companies pledging to go ‘carbon neutral’ there is a growing demand for users of electricity to have certainty as to the green credentials of the electricity they consume. This 2 min video from Shell explains how Blockchain technology is able to connect renewable energy producers with buyers offering a way to track and trace the provenance of the electricity in a highly trusted and transparent manner.


It is not just power generation that is using Blockchain technology to track carbon footprints. The Dutch based Blockchain business Kryha, working with The World Economic Forum has built a Blockchain-powered Carbon Tracing Platform, enabling traceability of carbon emissions from mine to the final product for copper.


According to the publication Sustainability News: “Climate experts suggest that blockchain technology could play a significant role in creating a system of standardization and accountability by accessing the carbon footprint of companies and tracking the offsets”. Indeed, cities and the same for governments and for companies that wish to reduce their carbon foot print they need to ascertain how much carbon they are creating and where from in order that they can understand what action they need to take to reduce their carbon emissions. The ability to track and trace in a transparent manner what their carbon footprint currently is and to be able to monitor the reduction in carbon emissions is going to be vital as society, staff and shareholders are likely to demand evidence and accountability.