There is a battle between two of the biggest global corporations in the world over transparency as Apple launched its new software updates iOS 14.5 and iPadOS 14.5. These new updates will ask iPhone and iPad users to opt out of tracking in apps that monitor their behaviour and share that data with third parties. While this is great for user’s privacy as it will stop other apps from tracking what they are looking at on their phones and ipads it potentially is not great for Facebook and Google.  Tech firms for years have been collecting data about when and what websites we are looking at and then they sell this data to companies to advertise to us. Facebook have been the masters of this activity and generated $86billion or 97.9% of its global revenue in 2020 was from advertising.

New Apple upgrade gives users the ability to opt out 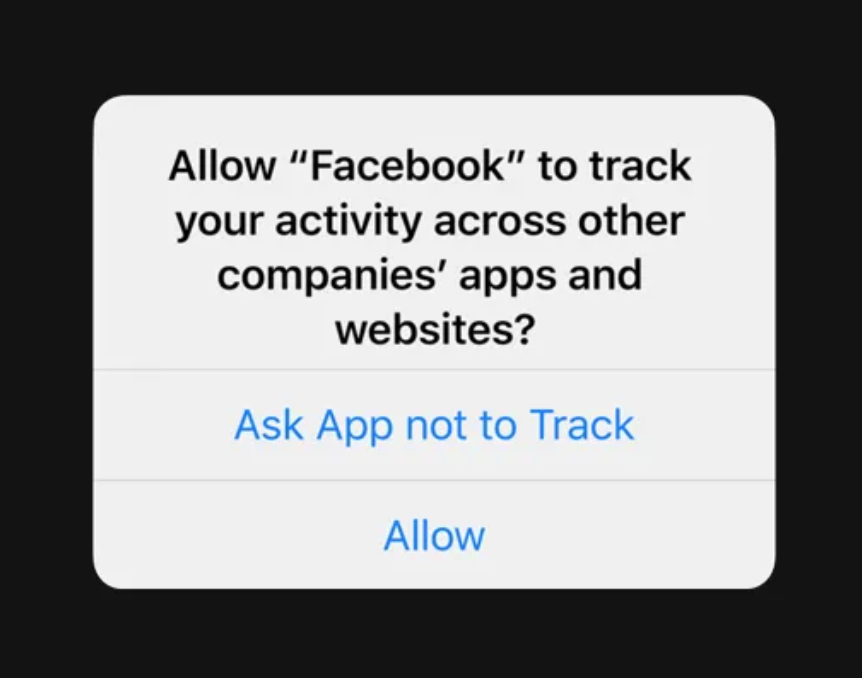 Facebook’s CEO Mark Zuckerberg on 27th January 2021 said in a quarterly earnings call: “We increasingly see Apple as one of our biggest competitors using its dominant platform position to push its own apps while interfering with Facebook’s. Apple may frame this as a privacy service to its customers, but it’s really only in Apple’s own best anti-competitive interests”. CEO Tim Cook spoke at the Computers, Privacy and Data Protection conference on 28th January and while he never mentioned Facebook by name to many the target was obvious. “Technology does not need vast troves of personal data, stitched together across dozens of websites and apps, in order to succeed. Advertising existed and thrived for decades without it. And we’re here today because the path of least resistance is rarely the path of wisdom. If a business is built on misleading users, on data exploitation, on choices that are no choices at all, then it does not deserve our praise. It deserves reform.”

While Apple has been publishing its transparency report since 2013, listing the requests that it receives from governments on users data as a company Apple has been less than transparent in other ways. In November 2020 as reported by the Washington post: “Apple will pay $113 million to settle an investigation by nearly three dozen states into the tech giant’s past practice of slowing customers’ old iPhones in an attempt to preserve their batteries.” In 2019 Apple were sued “for alleged lack of transparency over iCloud data” In 2016 the publication 9to5 wrote: “Apple’s product secrecy may create ‘magic,’ but lack of transparency on upgrade cycles creates frustration.”


The reason for this focus on transparency is because one of the key attributes that Blockchain technology is able to bring greater transparency a business and indeed governments. Indeed the  European Parliament publication Europal wrote “One of the most appealing aspects of blockchain technology is the degree of transparency that it can provide. Blockchain has the potential to improve supply chains and clinical trials, enforce the law, enable responsible consumption, and enhance democratic governance, through traceability of information as a means of ensuring that nothing is unduly modified. The level of transparency that blockchain affords adds a degree of accountability that has not existed to date”


A recent example of can be seen by the launch of the, Aura consortium, a collection of some of the world’s biggest luxury brands LVMH, Prada and Cartier have agreed to use the to use a ConsenSys and Microsoft Blockchain -powered platform to share information about their products’ authenticity and provenance with customers. This will match product ID with client ID, enabling customers to access product history and authenticity by tracking manufacturing process right from raw materials stage to the retail outlet. It is hoped that being able to have this level of granual data it will help in the fight against fakes and forgeries that plague the luxury goods marketplace.