There continues to be great speculation as to how much higher the prices of crypto assets, in particular Bitcoin, can rise. There exists a growing number of people concerned about the current economic back drop and some argue that this has helped drive crypto prices higher. Bitcoin, by some, is referred to as ‘Digital Gold’ and JP Morgan, the biggest bank in the world outside of China, claims that the price of Bitcoin could reach $146,000. In part, Bitcoin’s recent price increase has been fuelled by institutions buying cryptos in the belief that the decline in the US$ will continue as America gears up to pump another $1.5 trillion into its COVID-19-ravaged economy. 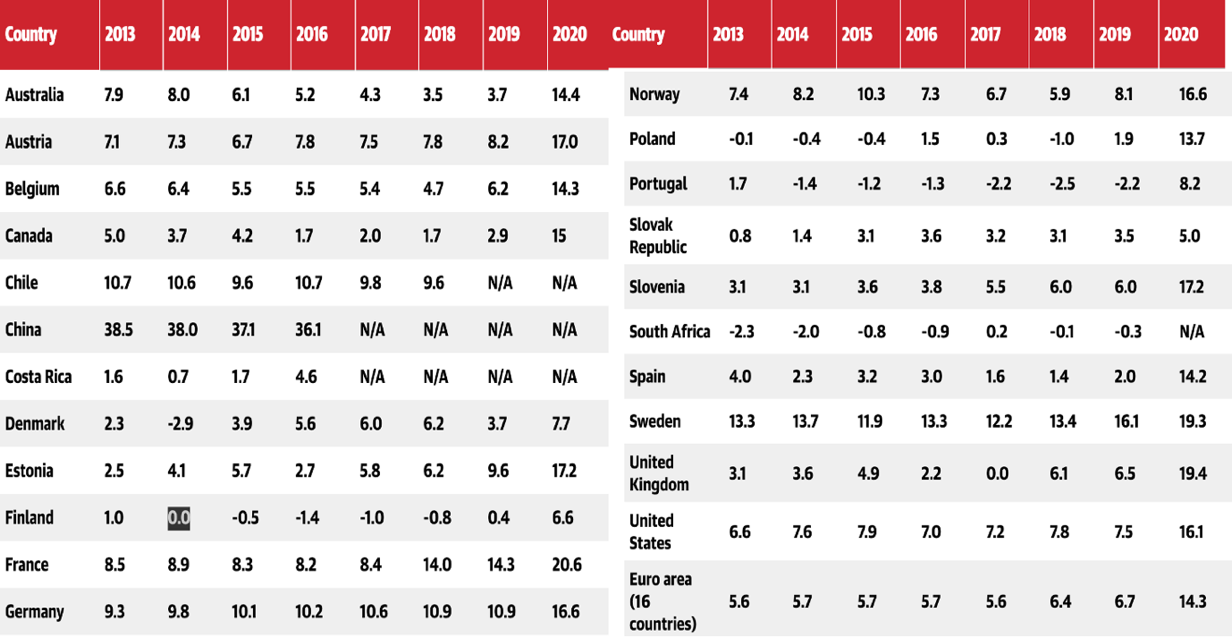 
Consultancy Oxford Economics calculates “that over the course of the crisis, U.S. households saved $1.6 trillion more than they would have done. HSBC estimates that households in the eurozone and U.K. saved €470 billion (3.9% of GDP) and £170 billion (7.7% of GDP) more in 2020 than they did in 2019, setting up each region for a major spending boom once the virus is suppressed” - undoubtedly resultant from those working during the last year who have been unable to shop, eat out or go on vacation.


The prices of crude oil and copper keep rising

Seemingly, commodity markets are expecting a sharp rebound in consumer spending and economic activity if copper prices are anything to go by as they have risen by 65% in the last year. Furthermore, there is the potential for trillions of $, £ Yen and € worth of consumer spending given many people have been saving due to not being able to go out due to COVID-19 restrictions. This together with the ongoing massive fiscal stimulus from governments in 2021.Will this result in an upswing of asset prices, not only for commodities, but also rising inflation economies in general? If this is the case (and it leads to rising interest rates), this could be a disaster for those holding ‘so-called’ low risk bonds and could well trigger the end of a 10 year + bull market equities?


Another cause for concern is in Europe where, at the end of 2020, Germany’s Bundesbank was owed €1,136 Billion (an increase of 26% in just 12 months) by the European Central Bank (ECB). Given the perilous state of Portugal, Italy, Greece and Spain’s (PIGS) economies, for how much longer will the prudent Germans allow the southern PIGS to simply continue printing money? The combined debt of the PIGS is $1.18 billion, which makes one wonder if we are to return to the possibility of a hard Euro for the north European countries and a soft Euro for the rest of those countries that use the Euro? Indeed, cracks in the Euro are already apparent. In May 2020, German courts ruled that Germany’s Bundesbank would only support the EBC provided the ECB only no more than 33% of any one member’s debt. The Germans have insisted that asset purchases be allocated according to a member state’s shares in the ECB. The three biggest contributors are Italy 13% and France 16%, with Germany being the largest at 21%. The last thing the ECB relishes are rising interest rates as this would wreak havoc on its huge bonding holdings as the ECB has over €4.1 trillion of debt.


The spectre of economic uncertainty and potential for higher inflation (given the massive fiscal stimulus that many economies have enjoyed) has led to house prices in most countries far outpacing inflation. Some capital cities have seen prices rise by over 27% in the last year. It also helps to explain why investors have also turned their attention to cryptocurrencies, with some citing that over the past eleven years Bitcoin has shown little correlation to the price of equities (as measured by the S&P500).


However, rather than fretting about the price of a crypto such as Bitcoin or Ethereum, why not look at buying a selection of different Blockchains? After all, you have over 30 to choose from! Alternatively, you may simply wish to follow the Mootley Fool’s advice and buy some, or all, of the 7 blockchain companies it thinks investors ought to consider.


One thing is for sure, nothing lasts forever - bull markets or bear ones. This last year we have witnessed COVID-19 changing the world, potentially ushering in a more digital-styled economy i.e., more on-line shopping, less use of cash etc. The ongoing use of AI, Blockchain, IoT, Machine Learning etc is changing our day to day lives and, as a result, tomorrow’s global titans and the ways in which to conduct business will change too. So, as Bitcoin and


other crypto prices climb a ‘wall of worry’, expect to see bumps along the way. Meanwhile, an alternative way to gain exposure to a highly volatile asset such as Bitcoin is via regular savings i.e., simply allocate a small % of your investable funds every month.