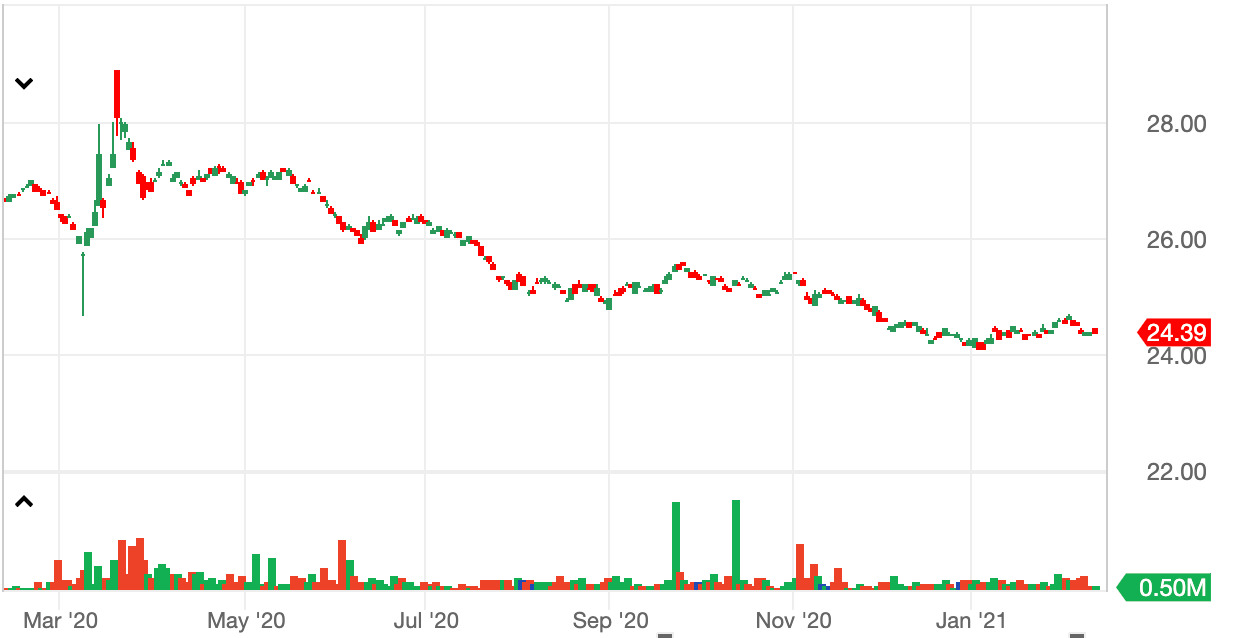 In reality, Stablecoins are a relative description especially when pegged/backed/linked to a fiat currency. Those who have their assets in order to earn money or have expenses to pay in Yen, € or £ would hardly consider the US$ as ‘stable’. Indeed, a chart we have shown several times in Digital Bytes is the value of the US$ against a basket of other global currencies, and clearly demonstrates the downward trend of the US$. Nevertheless, stablecoins continue to attract investors’ attention and are being seen to further grow in value. Moreover, there is an even greater choice of stablecoins which are linked to other currencies and not just the US$, with examples in the last few months being: in the UK, London Block Exchange’s £-backed stablecoin; in Switzerland, Sygnum’s CHF stablecoin; in Japan, GOMO’s Yen stablecoin and in Germany, Bankhaus von der Heydt’s (one of the oldest banks in Europe) € stablecoin. According to Cryposlate, the value of stablecoins now stands at $153billion, the largest one notably still being Tether having seen its growth increase from $4.2 billion to over $31billion in the last year. While Ethereum remains the predominate Blockchain used for stablecoins there are other Blockchains being employed including Binance Chain, EOS Omni, Qtum, Stellar, Tron and Waves, to name a few. 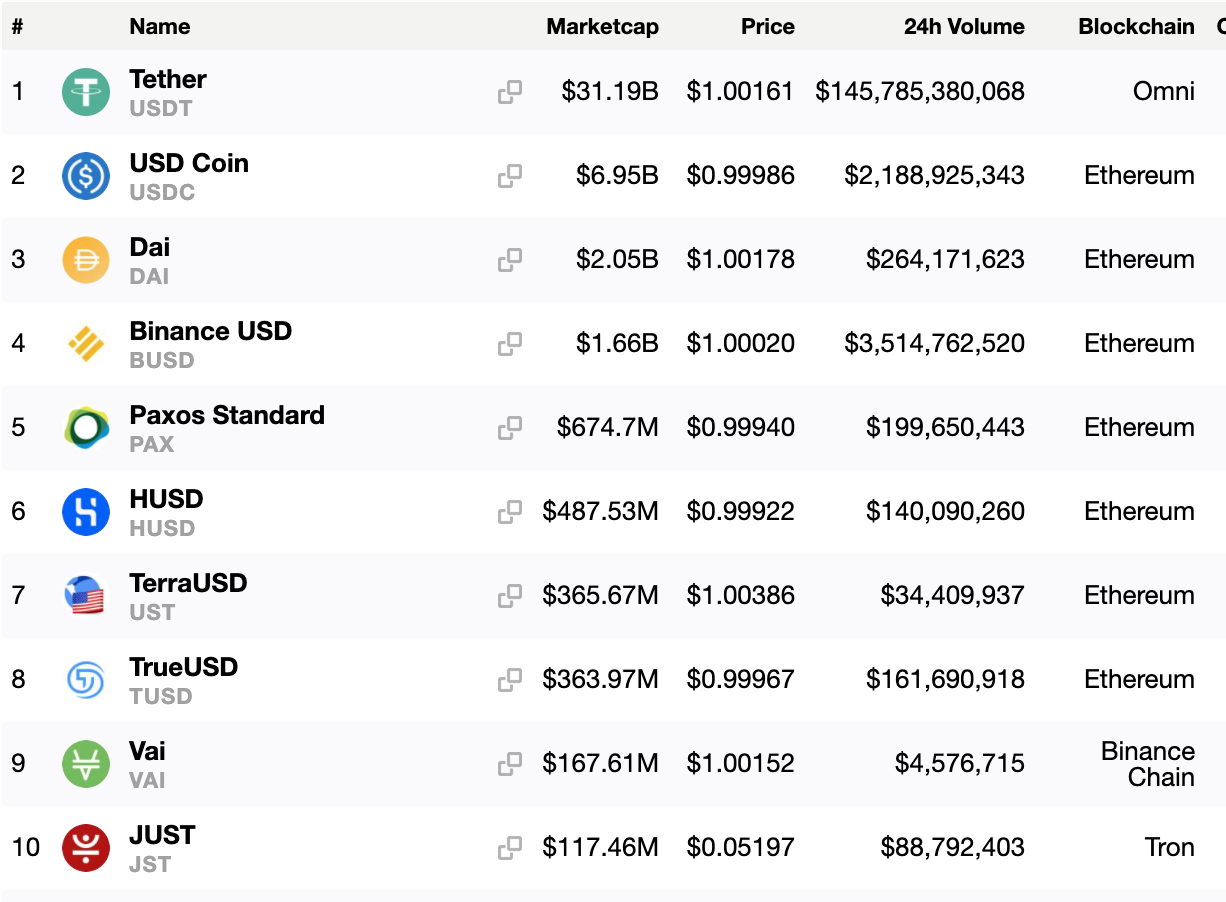 The growth of stablecoins has arguably been fuelled by a progressive interest in crypto currencies, themselves now valued at over $1.4 trillion. There are notably specific drivers stimulating this growth of stablecoins, such as the advancement of the DeFi sector together with more stablecoin crypto pairs, especially involving USDT (otherwise known as Tether). Increasingly, digital exchanges are now offering crypto pairs in USDT rather than Bitcoin. But Tether, despite offering assurances that its tokens are 100% backed by US$, has never offered evidence. Back in April 2019, the New York Attorney General alleged that iFinex, the parent company operating both Bitfinex and Tether, possibly defrauded cryptocurrency investors by engaging "in a cover-up to hide the apparent loss of $850 million dollars of co-mingled client and corporate funds.”


Whilst stablecoins clearly continue to attract investors it is difficult to see how they make money themselves given the current global almost zero interest rates. So why do so many different organisations offer them? Well, stablecoins have created lots of trading/ transactions for digital exchanges, as investors are able to switch from other cryptos into stablecoins rather than selling their cryptos for cash. To date, much of the focus and use cases for stablecoins has been to view them as a payment mechanism, as a way to avoid using banks and in particular avoid the high transaction fees often associated with international remittances.


However, stablecoins can be seen to be part of the infrastructure required as we witness the ongoing digitisation of other assets and services. By observing more jurisdictions (such as Switzerland, German and Luxembourg) which have now all passed legislation to enable the issuance of securities (equities and bonds) in a digital format i.e. not using paper based systems, these new digital securities will potentially need digital currencies/stablecoins. Arguably the greater adoption of these digital assets could come from the regulators since assets which are in a digital format can allow income to be distributed based on the duration (e.g., the number of months, weeks, days or potentially hours) that an investment has been held. This is opposed to the current situation where coupons on bonds, dividends on equities and rent on property is paid on fixed dates, usually every six months. Stablecoins will enable the issuers of these digital securities to use smart contracts to make automatic payments on a much more frequent basis.


Another real beneficiary that we are yet to behold at scale is the collection of insurance premiums and payment of claims, all of which can be carried out digitally. Furthermore, because these payments are made digitally there will be a digital footprint automatically created. This could prove to be highly appealing for tax authorities, regulators and auditors to verify whom has received what and when, and even enable governments to call for any taxes due on income payments to be deducted and sent to the relevant tax collection agencies. Without realisation, are stablecoins creating much of the infrastructure and processes and use cases which will make the adoption of Central Bank Digital Currencies (CBDC) all the smoother and faster? Where, in time, this leave stablecoins is hard to say, but it does mean the true winners now are the consumers by having access to these new digital methods of collecting and making cheaper, more efficient payments.