On the face of it, Bitcoin and Ethereum continue to go from strength to strength. In January 2021, the number of Bitcoin addresses that received or sent this cryptocurrency reached an all-time high and was over 22.3 million. During January, the price of Bitcoin hit a high of over $41,000 as demand from institutions drove the price higher, resultant from hedge fund managers (and even quoted companies) disclosing they had or intended to invest into Bitcoin. Indeed, during this first month of the year, Larry Fink, CEO of Blackrock (the world’s biggest fund manager with in excess of $8 trillion of assets), endorsed Bitcoin by saying Bitcoin: “had caught the attention and could largely replace gold but warned of its growing popularity that has a real impact on the US dollar”. Interestingly, according some reports, nearly 10.7 million Bitcoins (which equates to almost 60% of all Bitcoins created to date) did not move last year. 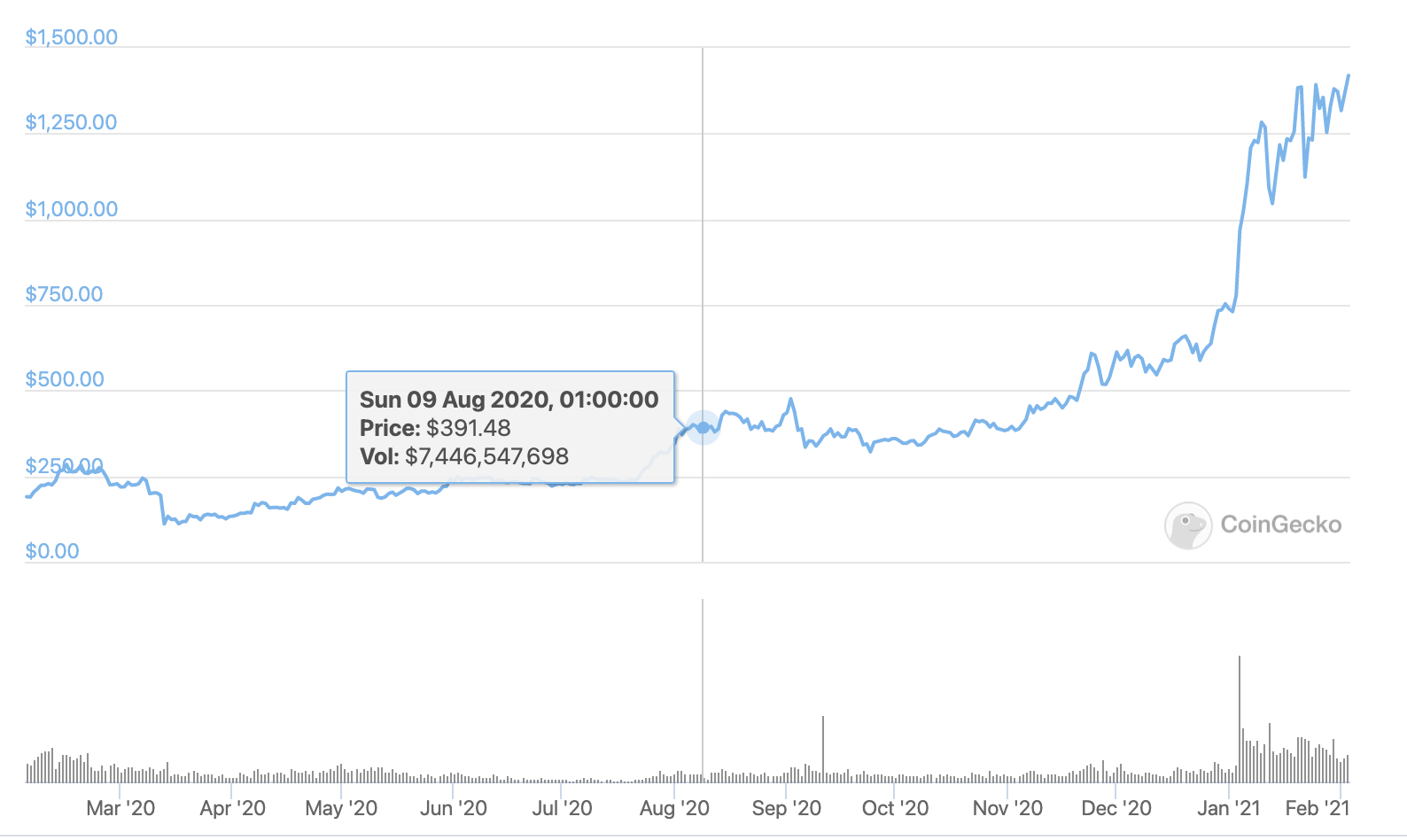 Ethereum’s price has also been driven higher, having risen by over 670% in the last year alone, and the number of individual Ethereum wallets has grown from 34million at the beginning of 2020 to over 51million at the end of 2020. So, ostensibly Bitcoin and Ethereum’s success and adoption is growing. However, there is a significant problem faced by both these Blockchains which could well prove to be their Achilles heel - not only are these Blockchains slow to process and record transactions but the cost to process a transaction comes at a high price.


Cost to process a transaction on the Bitcoin Blockchain


However, whilst this is good, if you own ETH gas and you have seen the price increase significantly again (such as Bitcoin), it means that it is expensive to post a transaction on the Ethereum Blockchain. As an example, to buy a $500 of a DeFi token only in this last week, the cost to execute this one transaction was $107 i.e., over 20% of the value.

Aside from this, there are alternative Blockchains that can be used and it would appear these alternatives are gaining in popularity since they have all seen their prices appreciate strongly in the last month. Here is a small selection of firms which run their own Blockchain with the % representing the amount their tokens have increased in value  from 11th January to 10th  February 2021: Chainlink (72%), Near Protocol (111%), Polkadot (162%), Stratx (105%) and Waves (57%).