It is somewhat ironic that cryptos such as Bitcoin and Ethereum were initially championed as a means to make payments globally, without the need to use third parties such as banks. Unfortunately, nefarious actors quickly sized the opportunity to move money digitally -quickly and cheaply - and potentially most importantly, anonymously, by-passing many of the existing KYC/AML checks that banks and regulators had established to reduce the economic impact of the shadow economy - terrorist funding, money laundering etc.


The likes of the notorious Silk Road website, which offered illegal drugs, guns and pornography, quickly adopted the use of cryptos as a form of payment. The US FBI unearthed the Silk Road website and shut it down in October 2013, seizing its stash of Bitcoin and, for a while, making the US government the largest holder of Bitcoins. Operators such as Plus Token, which was alleged to be a Ponzi scheme and moved $100 billion of cryptocurrencies, used crypto currencies as their chosen ransom payment. Indeed other organisations that have resorted to blackmailing and carried out cyber-attacks (such as the DDoS demanding Bitcoin as a payment). Thus, it was easy to see why cryptocurrencies were held with a high degree of suspicion and distrust.


However, in 2020, we bore witness to more and more governments beginning to embrace cryptocurrencies and offering legal clarification and regulation. Somewhat ironically, we have seen regulation to be the driving force for crypto adoption with legal certainty and regulatory clarity in various jurisdictions encouraging individuals, asset managers and multinational corporations to buy cryptocurrencies. Countries such as Japan, Singapore, Switzerland and South Korea have all passed legislation, now procuring established and thriving crypto-trading communities. In the USA, the SEC has been cracking down on ICOs, such as Telegram, forcing it to hand back $1.24billion. Presently, the government agency has a court date to bring action against Ripple for its alleged $1.3billion breach of security regulations. However, the U.S. Commodity Futures Trading Commission has confirmed Bitcoin and Ether are both classified as commodities, leading the way for quoted companies such as MicroStrategy and life assurance firms, such as Massachusetts Life, to buy Bitcoin as part of their portfolio - with some asset managers doing the same.

Should crypto currencies be considered as legal tender? - September 2020 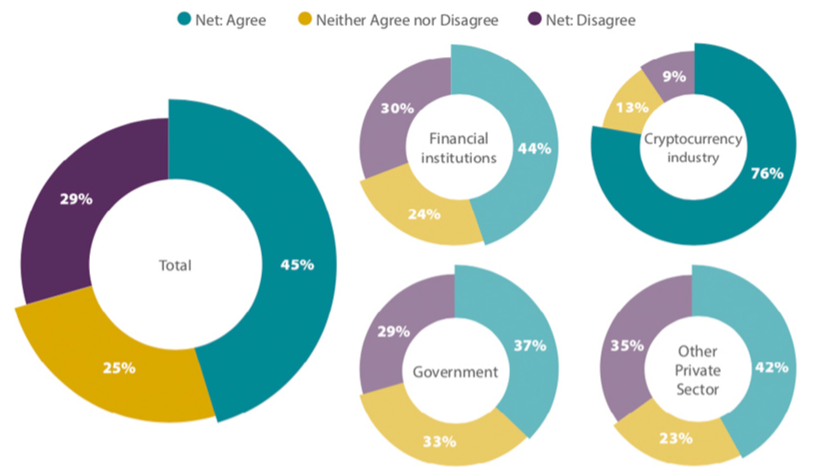 
In effect, regulations are being seen, once again, as a driving force behind the use of cryptos not to circumvent the law but being bought since there is now legal clarity to do so. Conceivably, given the recent strong performance of Bitcoin in the last few months, there will be more interest in this asset class, and we will witness an increase in the acceptability of cryptos in various jurisdictions globally.