In a recent statement, the CEO of Mastercard claimed that Bitcoin is unable to help those financially excluded/unbanked but Central Bank Digital Currencies (CBDC) potentially could. However, it is arguable as to whether Banga simply trying to advertise for Mastercard since he also stated: “Today, we’re one of the largest patent holders in the space of central bank digital currencies.” In addition to this, the World Bank has estimated there are 1.7 billion people globally unbanked i.e. they do not have access to formal financial service - effectively barring them from managing their finances. In theory, provided you have access to the web it is possible not to have reliance on traditional banks but use digital currencies and/or cryptos instead to make payments. 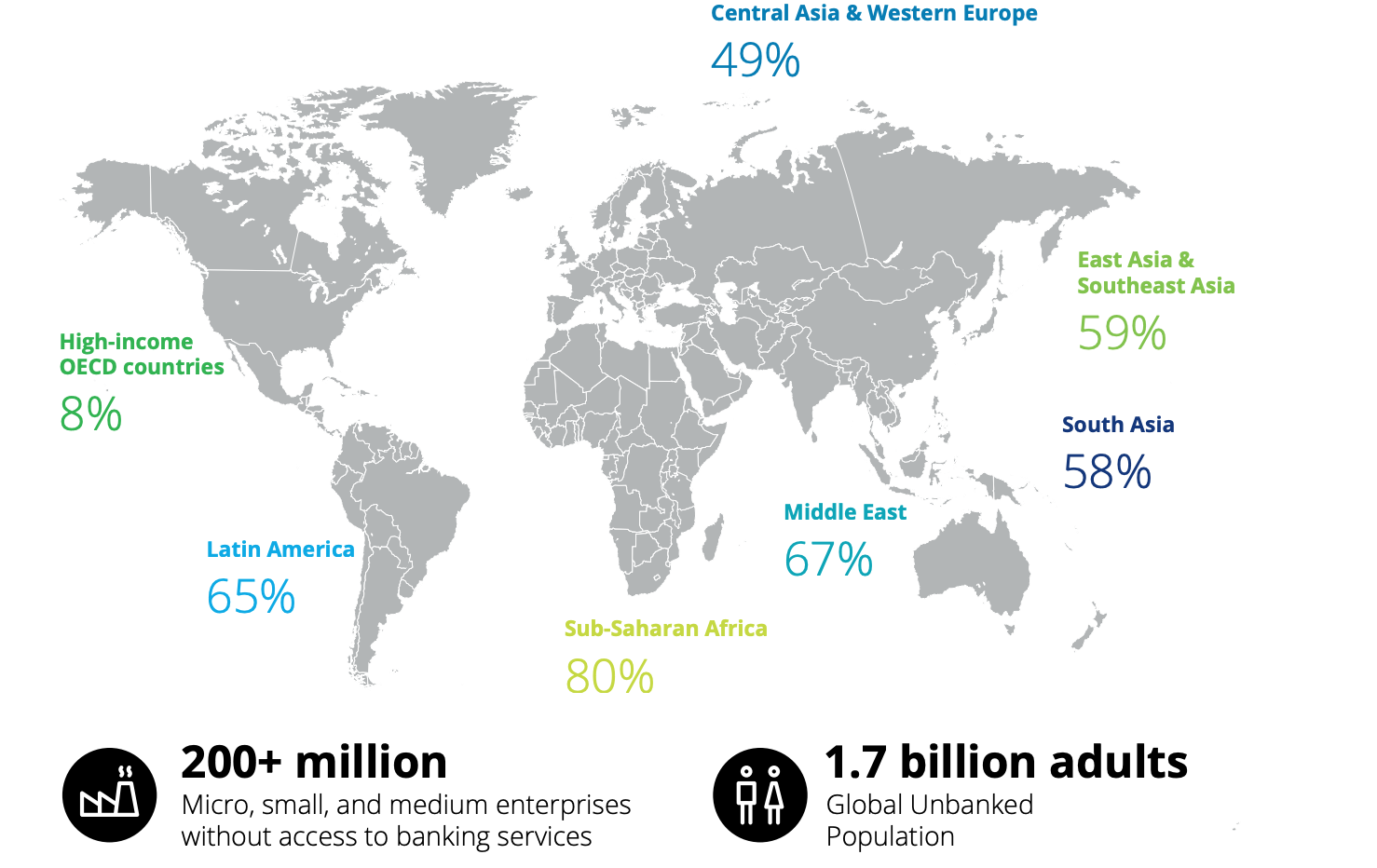 
Furthermore, a report from Deloitte has listed a selection of reasons (according to Findex and the World Bank) as to why citizens in certain countries do not have a bank account:

Another report, commissioned by Amazon, found that, “Digital payments will be a core foundation for extending basic financial inclusion. More than 90% of respondents consider that innovations in digital payments processes were among the most significant areas in which fintech was improving financial inclusion objectives within their own jurisdiction.” One of the key challenges is provision of assistance to SMEs, which are often unable to obtain credit since they are outside the focus of traditional bankers. The World Bank estimates that the credit gap for SMEs globally is $2.6tn! Given the importance of SMEs to the global economy their financial exclusion is a missed opportunity, not just for them, but the world economy as a whole.

On the subject of financial exclusion, the SEC in the US is considering allowing ‘gig’ workers to be allowed to be paid up to $75,000 worth of share options over a three-year period. Historically, the people who can qualify to be a member of a tax efficient option scheme are fulltime employees.


Gig work as a source of income in different countries


The term ‘gig’ has previously referred to temporary employment embracing freelancers and independent contractors, who are typically self-employed since they often have more than one source of income. Increasingly, so as to be as flexible as possible, companies have relied on gig workers as opposed to offering them full-time positions meaning companies avoid having to pay additional benefits such as pension contributions, healthcare etc. Examples of such firms using gig workers include Uber, Deliveroo, Lyft, AirBnB and Amazon. Since the financial crisis in 2018, according to EY, “the full-time hiring rate among the S&P500 index companies (i.e. the largest companies in the United States) has fallen to 2.7 per cent.

Meanwhile, temporary workers make up 17% of all employees in US companies”.


A firm known to be using digital currencies to help improve the payment of gig workers is Electroneum’s AnyTask. A gig worker in Asia, India or Latin America can undertake freelance work for someone in Europe, USA or Japan and then be paid using a digital currency called ETN, whereby saving the cost of international banking fees. In other jurisdictions we have seen similar initiatives, the Philippines’s (Coins.ph), in Tunisia their postal service have a partnership with Monetas and DigitUS. While those searching for a Blockchain developer, a copywriter or a translator etc can opt for the platforms that source gig workers such as Upwork or twago. Likewise, there is the digital wallet from Abra which gives gig workers the ability to create their own ‘financial footprint’, providing them with a proof of existence and the basis from which to start building a credit record.


Whilst there was considerable talk back in 2017 as to how Blockchain technology and crypto currencies would be able to embrace the unbanked and make a fairer global economy, we are beginning to see tangible signs of this occurring. There are, without doubt, challenges still ahead: improving the user experience, ensuring people’s wallets are not hackable, that the new digital currencies are interoperable with each other and the platform on which they operate are globally scalable.