A short video looking at the size of the loyalty program sector, how JP Morgan are looking at monetising this sector as a possible precursor to digitise them this increasing their liquidity and enabling them to be traded more easily.

The importance of loyalty programs cannot be underestimated as a way to encourage customers to make repeat purchases, ensure loyalty and build a brand. According to Gartner, as much as 80% of a company’s future revenue will come from just 20% of its existing customers. This possibly helps to explain why so many, particularly larger firms, offer loyalty programs to their customers and, as the chart below indicates, between 30% to 56% of shoppers in different countries earn some form of loyalty reward each week.

% of customers who make a purchase and earn loyalty rewards weekly 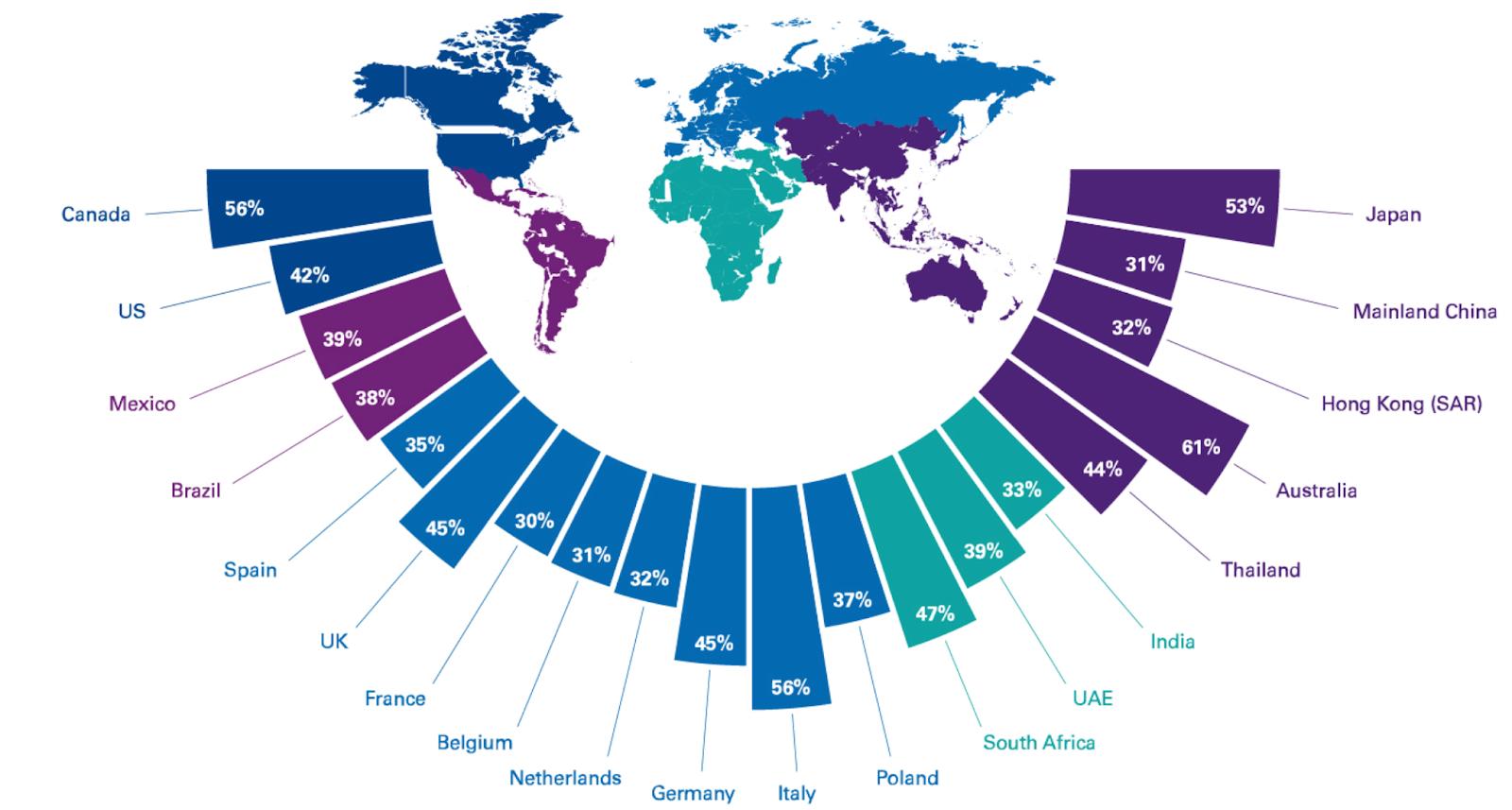 
When researching over 18,000 consumers, KPMG found that 60% of millennials would prefer to donate their rewards with 81% also stating that loyalty programs encourage them

to spend more with the company offering the rewards. It is not only KPMG which has been researching loyalty programs as according to Forbes, 52% of American consumers will join the loyalty program of a brand from which they make frequent purchases, 84% of loyalty program members have used some of their rewards points and 57% of consumers wish to engage digitally, i.e. via mobile devices. However, the average consumer belongs to 14.8 loyalty programs but is only active in 6.7 of them. Despite the ubiquitous nature, it would seem there is still plenty of opportunity for the sector to expand since it is estimated that in the next four years the global value of loyalty programs is expected to increase to over $5.2 billion - a 17% p.a. growth. 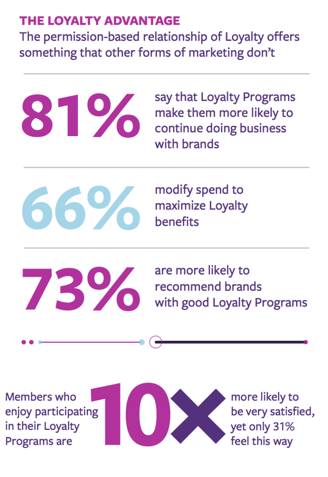 
Whilst historically North America has dominated loyalty programs, Asia is fast catching up. In 2019, Carrefour China launched a 100% digital loyalty program, with the company entering into agreements with WeChat and Tencent. It is predicted that across Asia the loyalty sector will grow in the next four years by 25% p.a, to be worth nearly $2.3 billion. An example of the interest in loyalty programs in this part of the world can be seen with the recent announcement from luxury car manufacturer BMW in Korea which is set to launch a digital rewards program (initially in Korea) and based on a Blockchain-powered platform, and then expand it globally.


Interestingly though, reward points are of value not just to consumers. In the airline industry, despite unclaimed loyalty programs being worth over $200 billion, the airlines themselves are looking to use their loyalty schemes as collateral to borrow money and, in some cases, remain alive! As a consequence of COVID-19 and the huge decline in airline travel, four of America’s biggest airlines are now using their ‘frequent flyer’ loyalty programs as security to borrow capital from the US government. A recent article in Simply Flying.com notes, “According to analysis by the Financial Times, Delta’s loyalty program is worth $26 billion, while the airline itself is worth $19 billion. United Airlines’ MileagePlus is valued at $20 billion, while the airline is worth a measly $10 billion. And the world’s largest airline by fleet size, American Airlines, can thank its passengers for its $24 billion valuation of AAdvantage, four times the value of the airline itself, which analysis pegs at just $6 billion”.

Another sector where loyalty points are used is that of the hotel sector, itself struggling due to travel restrictions resultant from COVID-19. However, American Express, which offers loyalty rewards to its credit card customers in, has acquired an estimated 500 billion points by purchasing $1billion pre-paid points from Hilton group. Therefore, given these sums, it ought to be of no surprise that Wall Street ‘smells’ a money-making opportunity - an example being JP Morgan teaming up with Affinity Group which, interestingly is, itself, currently advertising for Blockchain developers. Affinity Group uses the value of loyalty programs to raise capital from lenders and institutional investors by creating an exchangeable currency which asset managers can buy and sell and be used as collateral to raise capital on the Affinity Capital Exchange marketplace. Sounds very close to a token to me! No doubt, as we see greater clarity with regards to the legal status of Digital Assets and given JP Morgan’s close relation with the Blockchain-specialist consulting firm, ConsenSys, it is unlikely to be long before Digital Assets backed by loyalty points being issued. This, in turn, could result in greater interoperability of reward programs and Digital Assets linked/backed/pegged to loyalty rewards, which will furthermore help to monetise this sector.