A 2-minute video about growing evidence of the US warming to Digital Assets - is this a precursor to a US Digital $?

Henri Arslanian, chairman of the FinTech Association of Hong Kong and PWC Global Crypto Leader has stated, “that stablecoins have the potential to bring about a meaningful difference in the cross-border payments sector”.


Well, certainly stablecoins have been attracting attention as there are now over $20 billion worth of them in circulation globally. Stablecoins fall into four different categories, those which are backed by:

The largest stablecoin, capitalised at $15.5 billion and accounting for 80% of all the stablecoins in circulation, is Tether. Arguably this is even more remarkable, since Tether was only $3.5 billion a year ago. It has increased in size despite the ongoing uncertainty as to whether Tether is, indeed, backed 100% by US$ (as it claims to be). Should Tether be unable to prove it has insufficient $, this could give create a real shockwave in the Digital Assets sector, especially in the #DeFi sector where it is often used as collateral.


Alongside this, there are other illustrations of how US institutions are also embracing Digital Assets. The U.S. Office of the Comptroller of the Currency recently announced, “We conclude that a national bank may hold such stablecoin 'reserves' as a service to bank customers." This change in tone has very much been driven by banks clients asking to have exposure to these Digital Assets. Meanwhile, Kraken (the crypto exchange which relocated from NYC to Wyoming) has become the first bank to be authorised to offer customers deposit taking and custody services for Digital Assets.


Recently, there has been a huge expansion in the supply of money in the US, an upshot of the government trying to shield its economy from the ravages of COVID-19, with the printing presses working 24/7 and resulting in a massive $3.87 trillion of cash subsequently ‘sloshing’ around the American economy.


US M1 money in circulation 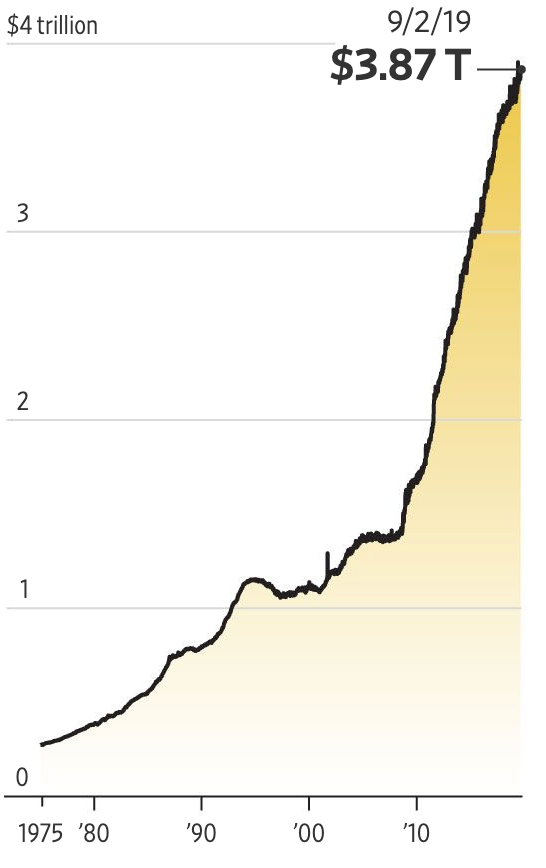 
This may also help to explain why we have seen recent headlines such as the Wall Street Journal’s, “Central banks are getting closer to issuing their own digital currency. If they do, the dollar might finally face real competition as the world’s dominant currency”, which should be of concern to the US government. Headlines like this and the constant innovation in the FinTech sector has not gone unnoticed with the Fed iterating in August 2020, “The Federal Reserve is active in conducting research and experimentation related to distributed ledger technologies and the potential use cases for digital currencies. Given the dollar's important role, it is essential that the Federal Reserve remain on the frontier of research and policy development regarding CBDCs.”


Expect to see an increase in US institutions and regulators taking a more positive stance towards Digital Assets as they play ‘catch up’ with recent European proposals and the Chinese, who have already announced the launch of their CBDC!