There have been numerous consultation papers, reports and analyses written by various central banks and global financial institutions such as the International Monetary Fund (IMF), the European Central Bank (ECB) and the Bank of International Settlement (BIS). Indeed, the BIS cite that, as of July 2020, thirty-six central banks have carried out in-depth analysis into the ‘pros and cons’ of issuing a CBDC of their own. The BIS has reviewed summarised various reasons central banks cite for looking to issue a CBDC.


Motivations for issuing a CBDC

The BIS also examined three jurisdictions which have introduced a CBDC:


It was proposed in a paper written by the ECB that a CBDC could be seen as a third form of money, the first being overnight deposits lodged with the central bank, the second banknotes. A major constraint for CBDC is that it disintermediates many of the incumbent players so who are likely to resist change. The ECB report also high lights some potential advantages of introducing a CBDC

Overview of benefits that some have associated with CBDC, and related factors or requirements 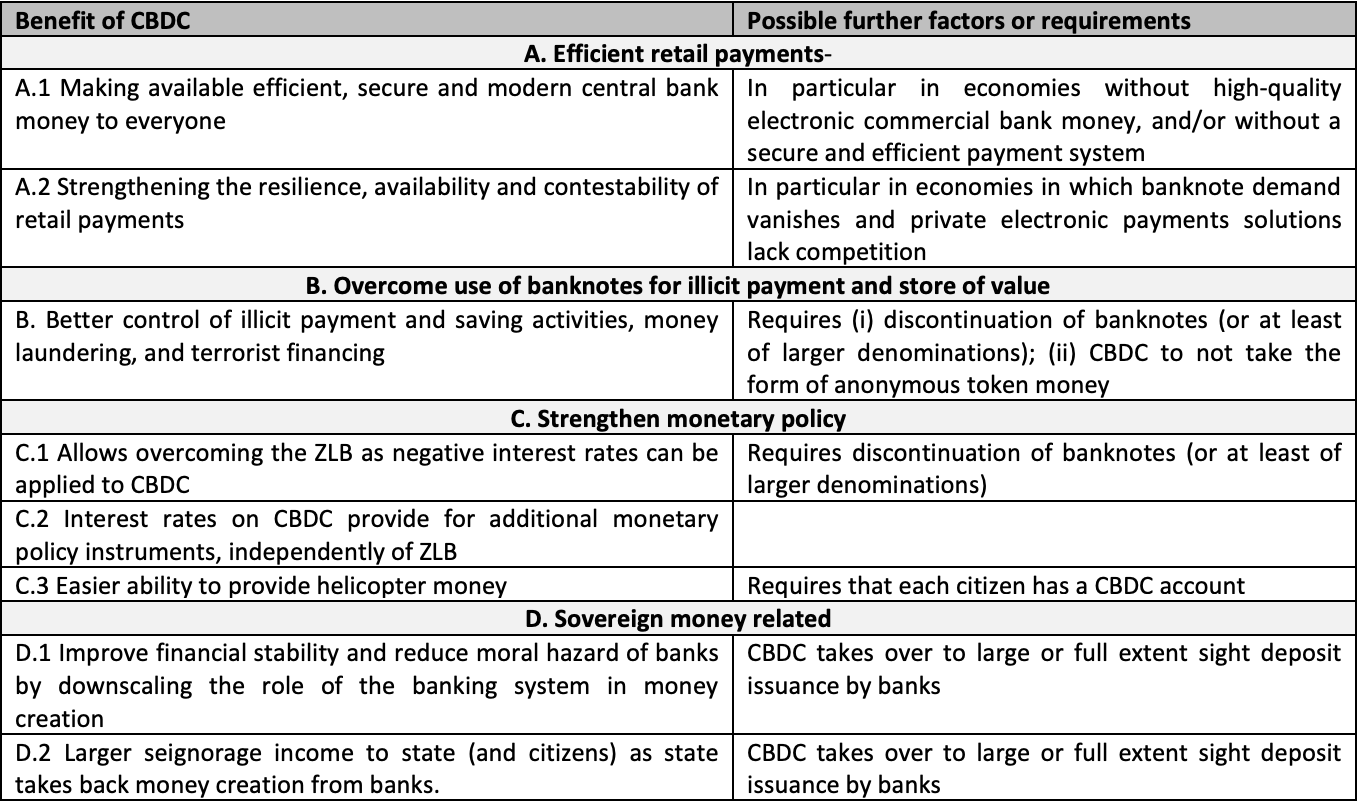 
A working paper from the IMF - “A Survey of Research on Retail Central Bank Digital Currency” - was keen to highlight that given; “most of the major central banks and monetary authorities considering CBDC” this report had been written “not to advocate for retail CBDC issuance, but to take stock of recent research, central bank experiments, and ongoing discussions” This report believes the reason central banks are exploring CBDCs are primarily:


Notwithstanding these reasons, there are other objectives such as the security required and  costs of physically handling cash, improving the efficiency of national and global payments, to assist in the battle against nefarious activities, the ability to issue “helicopter cash in a more targeted manner while also being able to introduce negative interest rates as a way to stimulate spending.

However, the IMF report does identify certain risks that central banks may wish to consider before they proceed 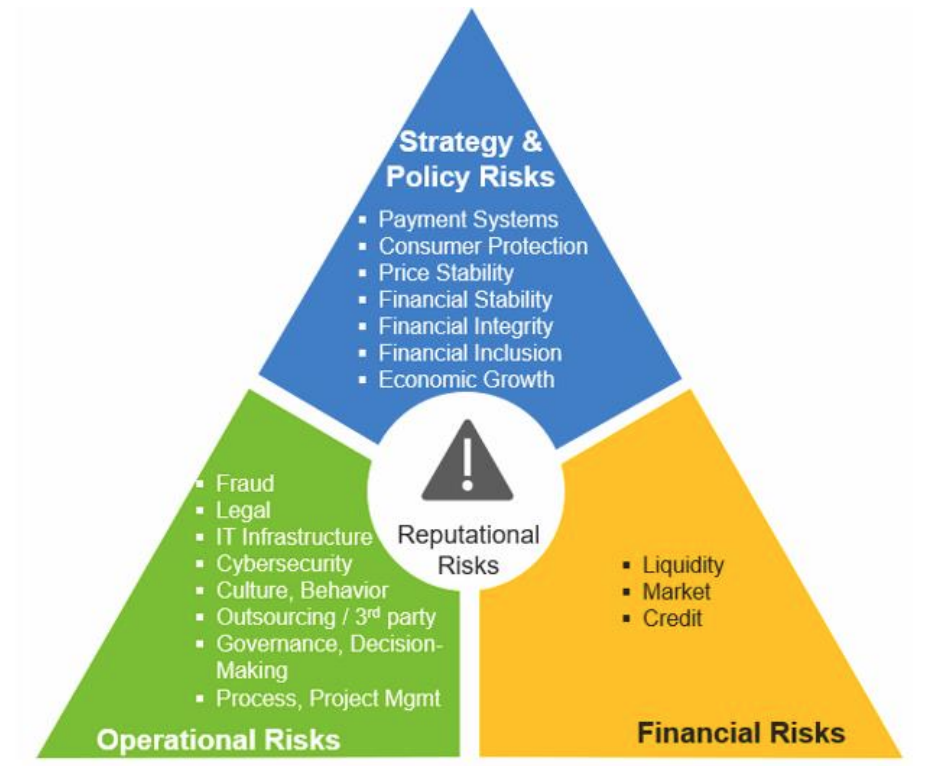 
While many central banks wring their hands and contemplate the ‘whys and wherefore’s’ of issuing a CBDC, the People’s Bank of China (PBC) has pressed ahead. China is currently testing its CBDC for small retail transactions in various regions such as Hong Kong, Macau, Shanghai and Beijing with a view to the new Chinese Digital Currency being available for all its citizens in the future.


In the summer of 2019, the launch of Libra raised the idea of Digital Currencies on the agendas of many a bank’s board. Unsurprisingly since then, COVID-19 and the massive decline in the use of cash has given added impetuous. While undoubtably there are many advantages of issuing and using a CBDC, many governments will proceed with caution and possibly only act when they are forced to do so by citizen pressure or competition from other nations digitising their currency first. Given the relentless march of digitisation globally, CBDC could undoubtedly help to make the financial sector more inclusive as well as improving the efficiency of what we earn, borrow and use to make payments.