There continues to be much hype and speculation around Blockchain technology and the some of the crypto currencies that now exist. The outlook for Blockchain technology being  adopted and embraced by corporate and governments looks promising. According to Markets and Markets, whilst the financial services sector is likely to see the greatest adoption, Blockchain technology offers huge opportunities for SMEs and in the emerging markets with the likelihood that private Blockchains become more prevalent. Indeed, Markets and Markets forecasted in a report released earlier this year that the Blockchain market will grow at a Compound Annual Growth Rate (CAGR) of 60%+, from $3million in 2020 to over $39.7 billion in just 2025. Added to this, Gartner concluded that , “the business value added by Blockchain technology” is projected to expand to be worth over $170 billion by 2025, and an incredible $3 trillion by 2030.

Selection of some organisations’ views on Blockchain technology 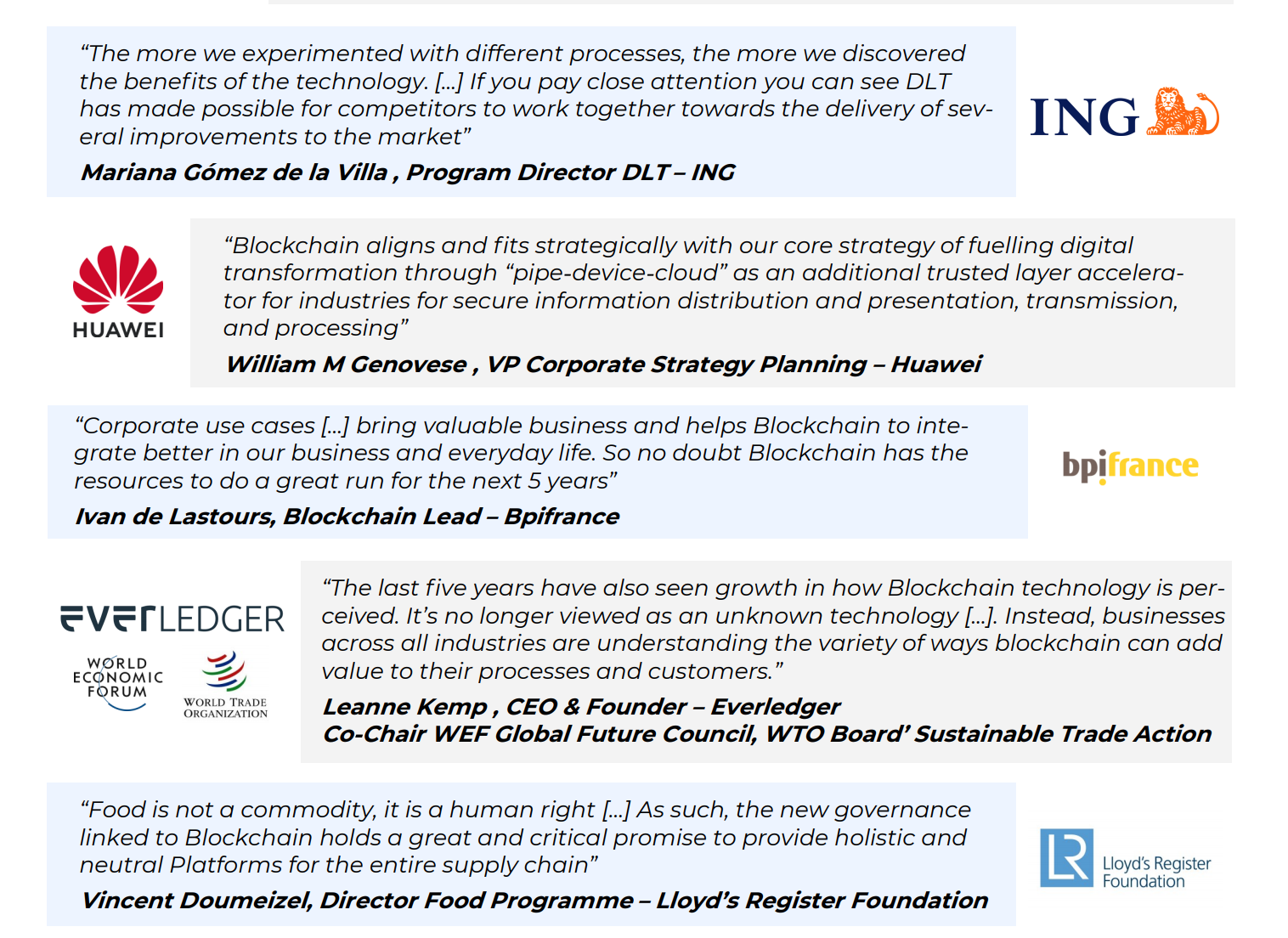 
As the above quotes in a recent report from Lead Blockchain Partners (LBP) illustrate, it is evident that Blockchain technology is being globally embraced by different types of organisations in various jurisdictions, and that LBP’s analysis found that (aside from financial services), agriculture, energy, food and healthcare were sectors showing most interest in using the technology. LBP’s report also focused on the SME sector citing that the top 3 reasons for founders adopting Blockchain technology are:


This, in turn, enables other complementary technologies to be adopted since 70% of start-ups use Blockchain with Artificial Intelligence, Machine Learning and/or Internet of Things. One of the other features of many European SMEs using Blockchain technology is that the founders often have experience working with multinational organisations. In many instances, individuals have left large corporates and established businesses to address the challenges that bigger firms face. 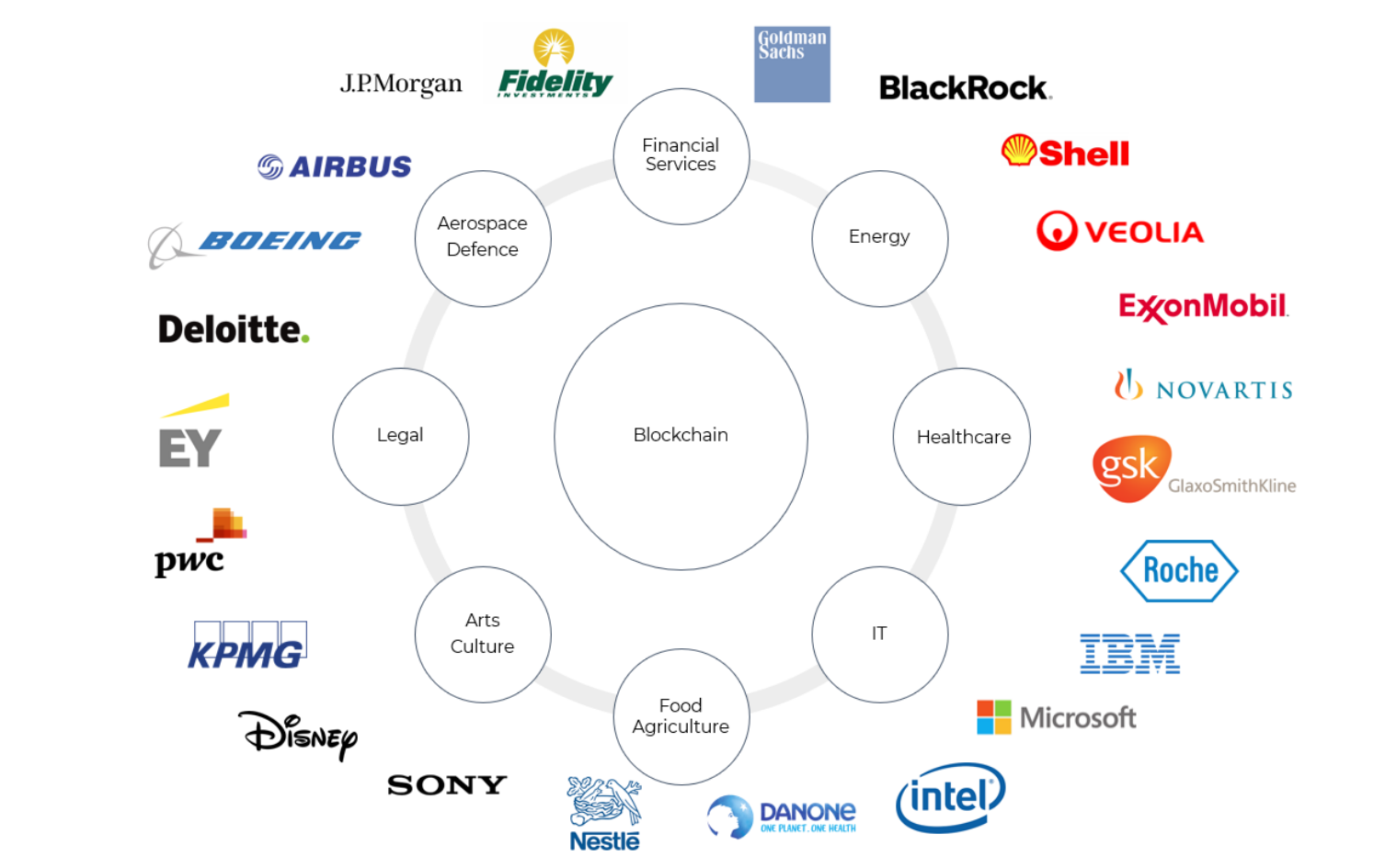 
Unfortunately, LBP equally found that 80% of investors are not familiar with Blockchain technology and 60% do not differentiate between blockchain and cryptocurrencies which, given cryptos’ questionable headlines, it is not difficult to understand why firms can experience reluctance from traditional investors when raising capital. However, the European start-ups now number over 3,000, with 500 per year swelling the ranks of SMEs engaged in various ways with Blockchain technology. The publication I-scope warned that organisations need to embrace Blockchain technology as, “early adopters will have the opportunity to establish very strong positions in the ecosystem, while slower adopters will not be entirely boxed out but should be exploring use cases”.


However, it is not just commercial organisations that are interested in Blockchain technology as only this week we have seen the US Department of Agriculture announce that it is going to use the technology to ensure its rules are complied with by manufacturers claiming to produce ‘organic’ goods. This is a good example of how the technology can be used by offering greater transparency, and therefore trust, whether relevant to the goods we consume or ensuring that government aid reaches the intended recipients. The Blockchain market is evolving quickly and, having been driven initially by many start-ups and forcing itself onto the front pages of many publications globally with its use and creation of various of cryptos such as BTC, ETH and XRP, we are seeing a very different cohort of users and sponsors. The ‘cyber -punks’ who talked of a new paradigm embracing the unbanked and by-passing institutions are now a minority and have been replaced by multinational corporations and governments using and continuing to explore the ‘how and where’ they can use Blockchain-powered platforms.