Trade At Settlement (TAS) reportedly helped Vega Capital London Ltd (Vega) to make $500 million in a day. Yes, $500million from a company that has a paid up share capital of £10 and paid ZERO corporation tax in 2019.

To explain how, we need to understand TAS and go back to the rather unusual day on 20th, April, 2020 at 14:30 New York time. This was when the price of the May West Texas Intermediate crude oil futures was at negative $37.63 per barrel. Yes, so-called liquid sophisticated markets packed with savvy traders appeared to be pricing oil so that you could top up your car, or even your jet, and be paid for the privilege of using fuel! 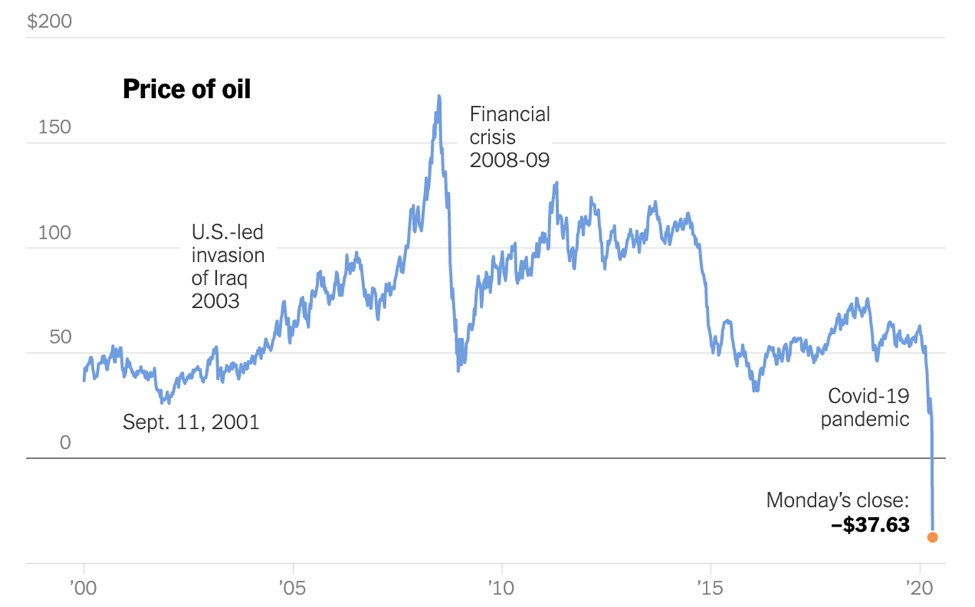 Essentially a crude oil TAS trade is where you agree, at a given point during the day, to buy or sell oil futures at that day’s closing price, plus or minus a cent or two. For example, at 09.30 you agree to sell oil at 14:30, at whatever the settlement price is at that time. If you agree up to sell oil futures at the still-unknown settlement price, there has to be a counter party agreeing to buy the oil futures you’re selling. Such counterparties could be hedge fund managers, market makers or prop desks at banks i.e. professional investors who are looking to trade almost anything at what they see as price anomalies. The counterparties’ motive is to trade, not to actually buy (in this case) oil futures at the close of the day’s trading, thus they will use the TAS mechanism, while selling the same number of futures at around the settlement time – 14.30.


On 20th April Bloomberg reported, “that a number of Vega traders sold the May contract just before it settled at 2.30 p.m. New York time, netting massive gains”. Was Vega manipulating oil futures (otherwise called ‘banging the close’) or hedging i.e. selling futures given the brouhaha due to Covid-19 and the fear that the demand for oil would plummet?

It is hard to hide making $500 million in a day and Vega has now come to the attention of regulators in the US and the UK. Furthermore, it is not difficult to see why the market is somewhat perplexed as to how one of the most liquid and most widely traded commodities in the world, oil, could possibly be priced at -$37.63?


There are regulations to prohibit trading that have the objective of deliberately impacting on prices, that is, manipulation. There have been a number of incidences where ‘banging the close’ aka allegations of manipulating market prices close to when a market price is fixed. Indeed, a former FX trader was teaching people the pitfalls for others to be aware of back in 2014.The challenge is proving that prices have been manipulated and someone has been ‘banging the close’. You need evidence, which is a difficult unless there is a whistle-blower or a trail of incriminating emails/text message etc. However, according to Bloomberg; “Now regulators at the U.S. Commodity Futures Trading Commission, the U.K.’s Financial Conduct Authority, and CME Group Inc., owner of the Nymex exchange where the trading took place, are examining whether Vega’s actions may have breached rules on trading around settlement periods and contributed to oil’s precipitous fall.”


Technology could enable regulators to identify and detect ‘banging the trade’ much faster as a combination of machine learning and smart contracts could help alert regulators as trades are occurring. If all the trades were recorded on a Blockchain platform, which all parties could have access to in real time, Vega and its trades could easily be identified to regulators while retaining anonymity within the market. A small, all be it regulated, firm such as Vega probably would not conduct this degree of trading, so what it did could be alerted and questioned via smart contracts. Many of the old systems and platforms that financial markets rely on were derived in the days of paper-based analogue trading. However, the increased sophistication of traders, flash trading and an increasing digital economy means regulators need the tools and monitoring ability to keep up with practitioners. Thus, it is of no surprise that technologies such as Blockchain, AI and Machine Learning are seen as being able to help bring greater transparency and stronger compliance and risk controls, which in turn will hopefully engender greater confidence and trust.