Bitcoin is now classed as money in Washington DC USA according to Judge Howell,

who has said, “Money commonly means a medium of exchange, method of payment, or store of value.” Is this another step towards the US embracing cryptos?

Any organisations dealing in Cryptocurrencies in the Washington will now need a money transmitter license, so it was not all good news for those offering crypto-trading services in the country’s capital. Nor was Judge Howell’s other ruling in this particular court case, which stated that the plaintiff, Larry Dean Harmon, was not allowed to have the 160 Bitcoins that the law enforcement agency had confiscated, returned to him.


Meanwhile, Paypal, (with its 300 million users) is rumoured to be teaming up with a firm called Paxos to offer crypto services. However, it is not only Paypal which is becoming further involved with cryptocurrencies. It would appear that Mastercard is also looking to embrace cryptos as the lines between crypto and fiat become ever blurred. Mastercard has the third most Blockchain patents after IBM and the Chinese financial service giant, Alibaba, so clearly it has been carrying out considerable research into this technology. In a recent press statement regarding Mastercard offering Wirex to be granted Principal Membership License, Mastercard announced, “Consumer interest and investment in digital currencies are growing, with research showing that up to 20 percent of the population of some countries are holding cryptocurrencies and an increasing number of merchants, digital players and financial institutions are exploring crypto payments”.


Most popular credit card by country 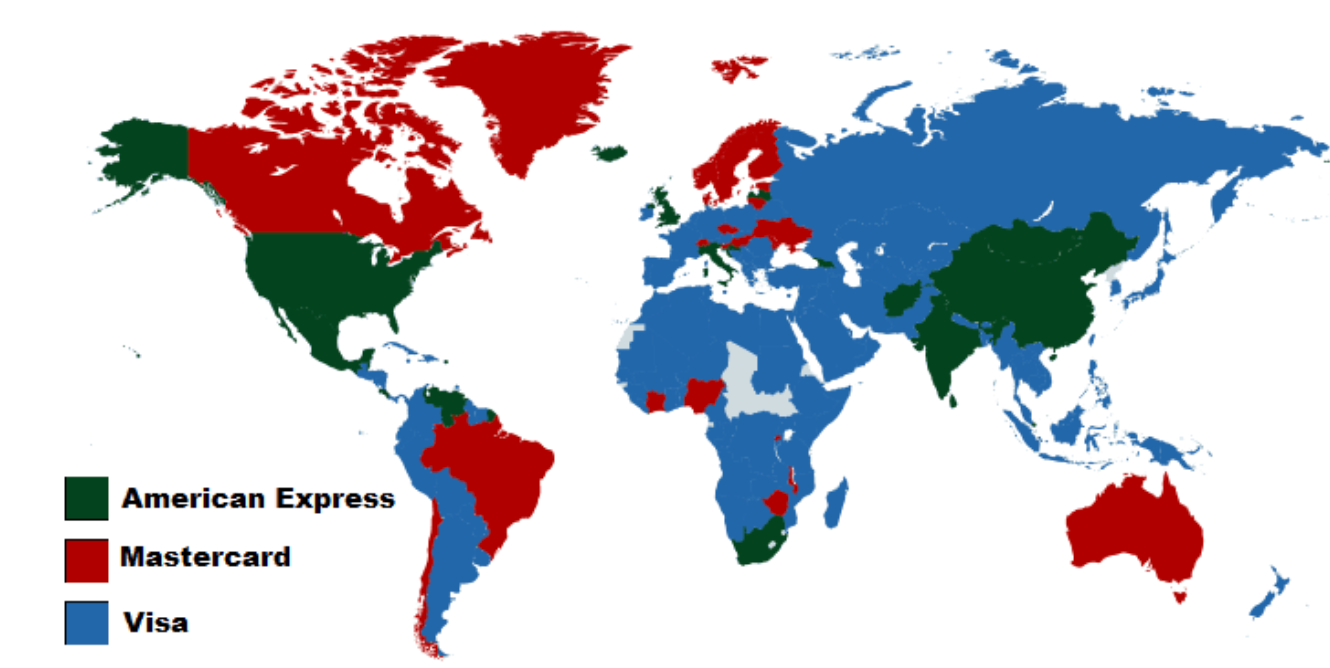 
Given the global reach of Mastercard, Visa and American Express, how long will it be before we see one of them launch their own digital currency/payments method? If not, then surely there could be some form of digital loyalty scheme to reward loyal customers, such as when Infosys highlighted the importance of loyalty schemes for financial services organisations to retain and attract customers in its report on ‘Global Trends in the cards and payments industry.’ The report included discussions on how traditional loyalty schemes have poor engagement often relying on cards as opposed to being digital (something that millennials tend not to engage with) and the fact that many existing loyalty schemes are not interoperable. Meanwhile, vendors (in particular smaller ones) find the expense of setting up loyalty programs not to be worthwhile. However, the use of Blockchain technology in a loyalty platform allows loyalty points/tokens to be earnt in one place and spent in another, simultaneously giving transparency, but not evading customers’ privacy, as data can be ‘hashed’ and thus anonymised on a Blockchain.