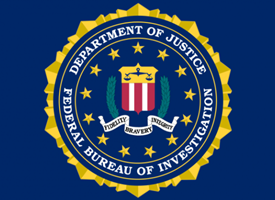 In a rather bizarre twist, the US’s FBI has suffered a leak of its own data with the publication of hundreds of thousands of files. The files have been named ‘BlueLeaks’ and were published by Distributed Denial of Secrets (DDoSecrets).

DDoSecrets promotes itself as a “collective for transparency”, being described by some as an alternative to WikiLeaks. Emma Best, a journalist, reports, “It shows how law enforcement has reacted to the protests, it shows government handling of COVID, and it shows a lot of things that are entirely legal and normal and horrifying.” Part of the information leaked (assuming it was, indeed, a leak and not simply a ruse for the FBI to let the public know it is monitoring such nefarious activities) was details regarding the ‘washing’ of Cryptocurrencies via the dark web, such as Bitcoin in Panama. However, given the digital footprint that digital assets create, it seems odd that criminals would be keen to use such assets were they trying to be covert. Furthermore, it is alleged that, since 2015,  there has been a 90% reduction in the cryptos being used on the dark web.

Historically, Blockchain, Cryptocurrencies (such as Bitcoin) and Ponzi schemes/the shadow economy were often thought to be one entity, resulting in many shying away from the technology and assets created by Blockchains for fear of being associated with such activity. However, these days more people are beginning to understand the transformational benefits Blockchain-powered solutions and Digital Assets offer. Indeed, they are being seen as an integral part of the solution in tackling criminal behaviour as they both can be used to address some of the challenges of reducing the social and economic impact of the shadow economy by bringing greater transparency to the flow of payments as well as goods and services.