There are some preliminary reports being published suggesting there could be a new strain of Covid-19 which is potentially even more infectious than the existing one. Interestingly, 75% of all emerging infectious diseases over the last 50 years have been zoonotic (from animal to human) according to the U.S. Center for Disease Control and Prevention. (CDCP)

Blockchain technology, itself, can be a main player in supporting the battle against these pandemics:


However, there are challenges to using Blockchain technology:

Guardtime, is a company which uses a blockchain-based platform to secure over 1 million patient records in Estonia and is cited as an example of the use of blockchain for the management of electronic medical records (EMR). Another such example is the MedRec project, a project of MIT Media Lab and Beth Israel Deaconess Medical Center. It is a blockchain system that ‘prioritizes patient agency’, giving a transparent and accessible view of medical history. The Gem Health Network (GHN) is yet another example, which is developed by the US start up, Gem, using the Ethereum blockchain platform. GHN allows different healthcare practitioners to have shared access to the same data. Healthbank, a Swiss digital health company, is similarly working on empowering patients to be in full control of their data using blockchain platform. In a systemic review on blockchain technology in healhcare from 2019 the author includes in his research the Medicalchain project, whose blockchain-based platform will be designed to facilitate the sharing of patients’ medical records across international healthcare institutions, as well as the Healthcoin initiative which aims at constructing a global EMR system. Other players involved in the research paper working on different initiatives and projects based on blockchain-enabled patient-centric EMR included Factom, HealthCombix, Patientory, SimplyVital, IBM’s Watson, BurstIQ, Bowhead, QBRICS and Nuco.

Zoonotic diseases, themselves, are very common, both in Asia and the United States, and around the world. Scientists estimate that more than 6 out of every 10 known infectious diseases in people can be spread from animals. Because of this, the US Centers for Disease Control and Prevention (CDCP) works 24/7 to protect people from zoonotic diseases, not just in the United States, but around the world.


Zoonotic – diseases that spread from animals to humans 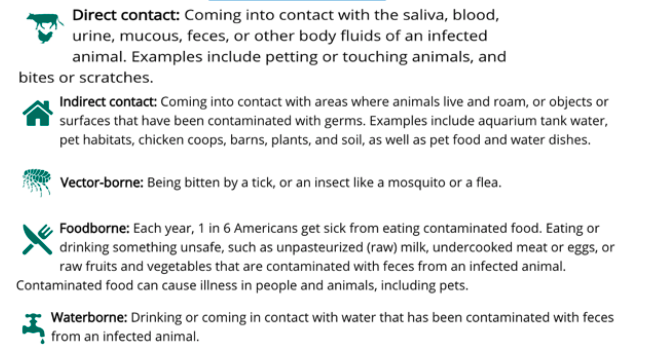 
The past two decades have seen three major highly pathogenic zoonotic outbreaks of beta coronaviruses. The first was Severe Acute Respiratory SyndCoronavirus (SARS-CoV) in 2002, which infected over 8,000 people and killed 800. This was followed in 2012 by Middle East Respiratory Syndrome, MERS-CoV in 2012, a difficult to transmit but highly lethal virus, with 2,294 cases as of 2019, and 35% mortality. The third is SARS-CoV-2 (causing the current global pandemic) and resulting in the severe respiratory disease Covid-19. It was first reported in China in late December 2019 and consequently triggered an epidemic that rapidly spread across the globe becoming a pandemic of devastating impact - unparalleled in our lifetime. The European Centre for Disease Prevention and Control (ECDC) and the John Hopkins Coronavirus Resource Center are both institutions providing up to date reporting the on current Covid-19 situation globally, at present with over 4.9 million confirmed cases and over 323,000 deaths.


However, notwithstanding of all this, there is seemingly the potential for a ‘trade-off’ between security and privacy – always a debatable issue when dealing with personal and medical data. The engagement of technology is no doubt increasingly highlighting the need for society to decide how this trade-off is to be reconciled.