One cannot escape noticing that this week something called ‘Bitcoin halving’ has occurred. A number of Digital Byte readers have asked what this means?


There have been 18.3 million BTCs mined so far with the intention that a total of 21 million BTC will be finally created by 8th October 2140. The theory is that by reducing the number of Bitcoin tokens being created this will counter the impact of inflationary pressures. Thus, every 210,000 ‘Bitcoin blocks’ (approximately every four years) the number of Bitcoins (BTCs) paid to a miner for a block on the Bitcoin network is halved. Subsequently, the block reward is now reduced from 12.5 BTC to 6.25 BTC, meaning that the amount of new BTCs created each day will fall from 1,800 to 900.Therefore, this will result in a BTC miner’s total income (assuming the current BTC price of $8600) falling from $15 million to $8 million each day. 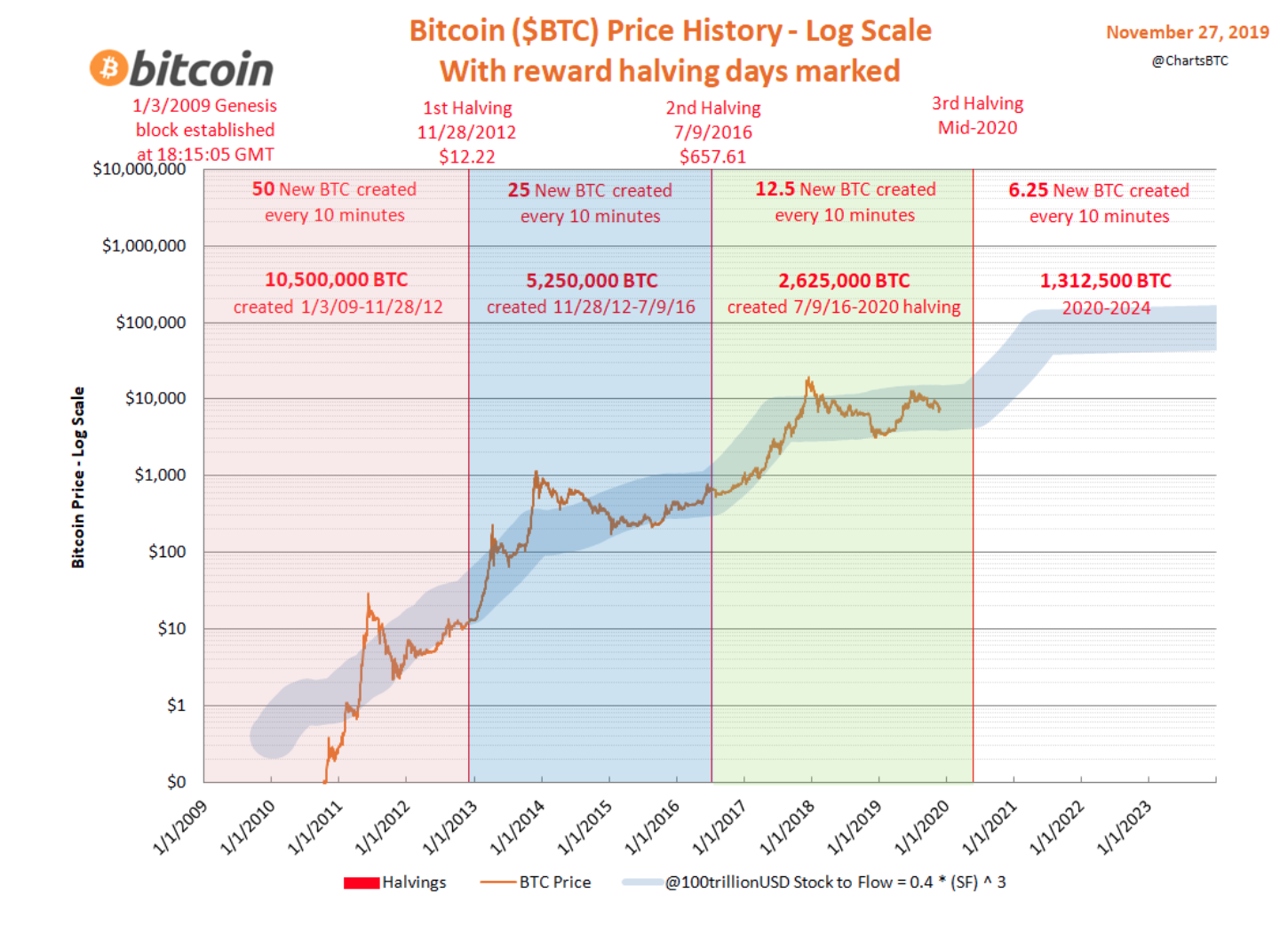 
Melem Demirors of CoinShares believes, “That the past two halving’s cannot be compared to the current one because a robust derivatives market has been established. As a result, Bitcoin as an asset is decoupled from the supply-demand economy”.


Time will tell what impact the halving will have on BTCs’ price but it does, once again, remind us of the level of detail that went in to creating Bitcoin in the first place.