Blockchain funds arguably come in two formats. Firstly, there are funds/vehicles that invest in assets to do with blockchain which would include cryptocurrencies or companies involved in using blockchain in some manner - these types of funds include hedge funds, private equity funds, ETFs (Exchange Traded Funds), ETPs (Exchange Traded Products), etc.

The second type of blockchain funds are mutual funds - the type that you, as a reader, have historically invested your savings and pension funds into but are using blockchain technology to create digital/tokenised funds. These digital funds will employ the same fund managers but, instead of only being able to be bought or sold once a day, will enable investors to potentially trade 24/7 and have independent market makers to price the funds - as opposed to the price being set by the asset management firm.


Historically, there are very few blockchain-mutual funds as mutual funds mainly because, for retail mutual funds specifically, they have to hold the majority of their portfolio in those assets which are quoted on recognised exchanges. This means investments such as shares in unquoted blockchain start-ups or cryptos are generally not allowed for traditional mutual funds. Whilst there are quoted specialist companies, e.g. Kasei Holdings *(which invests in a portfolio of cryptos), there are also a variety of other ways to offer exposure to blockchain-related assets, including blockchain ETFs. These are typically ETFs which own shares in companies that use or develop blockchains and will often have no exposure to cryptocurrencies. For example, Walmart uses a blockchain-powered platform to create an automated system for managing invoices and payments for its logistics partners, and Saudi Aramco which invested $5million into Vakt, itself helping to make the petrochemical industry supply chains more efficient using blockchain technology. Furthermore, ETFs can be broken down into the following categories:

Increasingly, the asset management industry and service providers (i.e. custodians and administrators) are looking to create a digital version of a standard mutual fund. BNY Mellon, which is one of the leading fund administrators and providers of custody services, has been a strong advocate of how blockchain technology is going to impact the asset management industry: “Blockchain’s ability to lend transparency and speed to once cumbersome and opaque workflows can revolutionize the way custody banks serve their clients…. Real-time knowledge of incoming trades would be particularly helpful for fund managers during times of extreme market volatility. If money managers have immediate transparency into the creation and redemption of funds, they would be able to react to the market more quickly”. 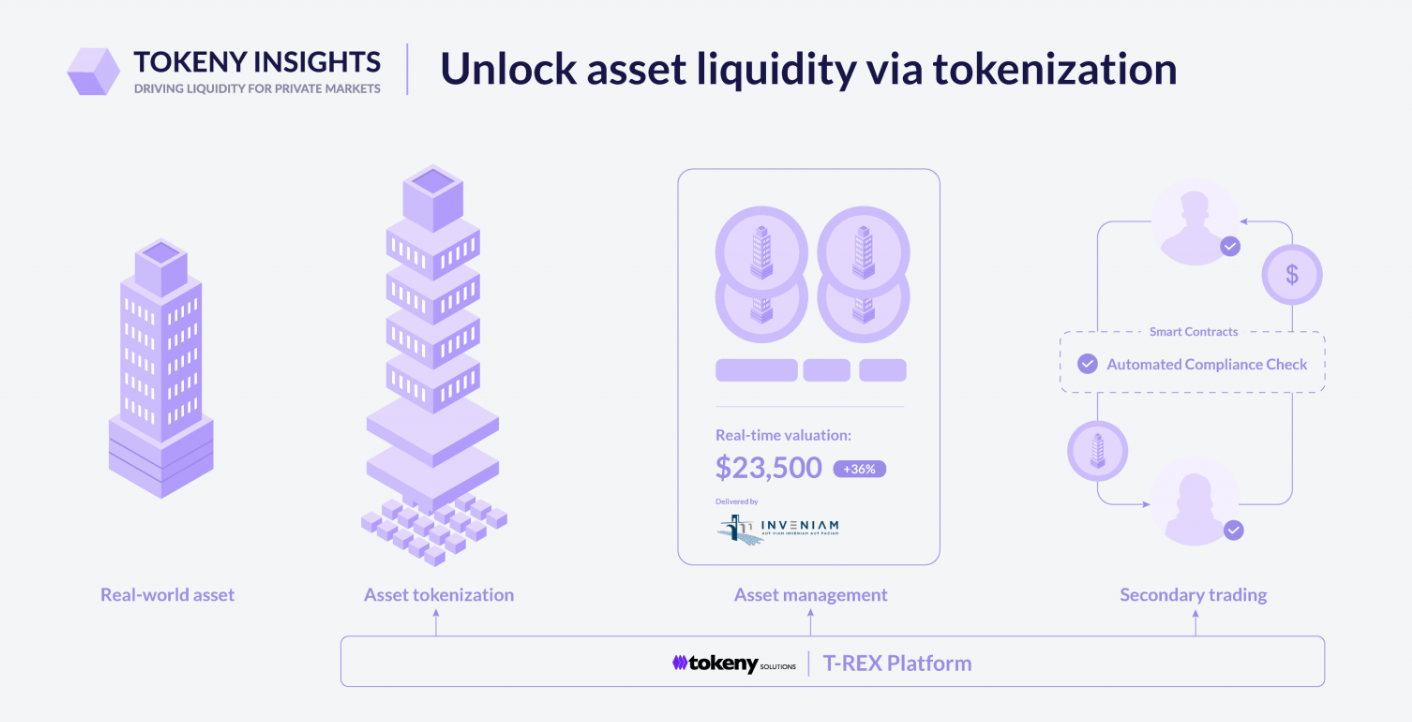 
As reported in the FT, Timothy Spangler from the law firm, Dechert, believes: "A mutual fund powered by blockchain can trade 24 hours a day, 365 days a year, so “you don’t have to wait 24 hours to have a human being shuffle the paper around”. It will also result in a more secure system and a “highly significant decrease in fees. A number of my clients believe that . . . in a small number of years the near entirety of transactions in financial assets will either occur on the blockchain or be blockchain facilitated.” The first mutual fund to employ blockchain technology has been from Franklin Templeton which has created a digital/tokenised Franklin On-Chain US Government Money market fund. As reported by FT Adviser, the Investment Association (the UK trade body for fund managers collectively looking after £9.4trillion of funds) has stated: “The funds industry was on the verge of a major technological transformation, at the centre of which was the “investment fund 3.0”…..known as a tokenised or digital fund, will be traded and recorded on a distributed ledger using blockchain technology, and shares or units will be distributed could allow for more engagement and customisation, while maintaining important consumer protections. This could include the provision of a greater variety of portfolios tailored to the specific needs of individual investors and a wider range of financial advice services to address the current advice gap in the UK.”


But it is not only Franklin Templeton and the Investment Association which are seeing the potential of digital mutual funds - AllianceBernstein and JP Morgan Chase have also announced they are to digitise some of their funds and the scope to digitise mutual funds has certainly not been lost on digital platforms and exchanges. FundAdminChain is working with the London Stock Exchange and four global asset managers to be made available for UK investors in the next few months. When asked, Simon Barnby, CMO at Archax (the FCA-regulated digital asset, exchange, broker and custodian), said: “We are currently working with a large asset manager looking to tokenise its funds.” Furthermore, according to Daniel Couheur at Tokeny: “Euronext, the largest stock exchange in Europe, and Apex, one of the largest fund managers in the world, jointly invested in Tokeny, which has its headquarters in Luxembourg. Tokeny is in the midst of adding assets worth $1 trillion in the form of private and real estate funds to its platform.”

Added to this, there are also other firms working in the DeFi space such as Enzyme Finance and Avantgarde Finance.


The cryptocurrency market capitalisation is less than $1trillion whilst the asset management sector is estimated to be valued in excess of $100 trillion. The cynics say: “Blockchain, ummmm, what is the fuss about? Blockchains are just databases.” However, if the Investment Trust Association is to be correct in saying that by using blockchain technology, asset managers can reduce a fund’s Total Expense Ratio (TER), allow investors to buy and sell 24/7 and enable more frequent distribution of income while building in stronger compliance monitoring, then surely this means customers are being treated more fairly? One of the key objectives for regulators globally including the FCA in the UK and the SEC in the USA is treating customers fairly. So, rather ironically, could we see regulators becoming advocates of blockchain technology? Not because of crypto, but because the correct use of this technology offers greater transparency, more efficiency and ultimately a better infrastructure for investors, fund managers and regulators alike. Given we have already seen a number of fund managers go public with their digitalisation of mutual funds, it is highly likely we will see many more asset managers son follow suit.